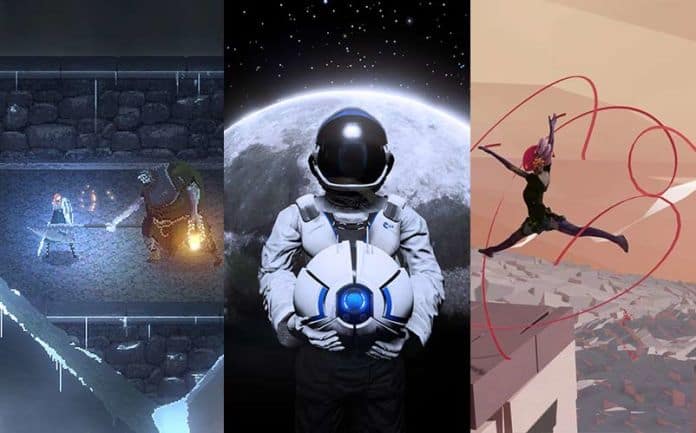 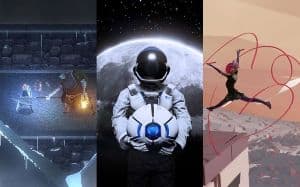 E3 2016 was impressive for the big developers in the video game industry. We saw a new God of War, more Gears of War 4, and even a massive demo for The Legend of Zelda: Breath of The Wild. That being said, the unsung heroes actually came from the multitude of small independent developers.

The sheer amount of games on the show floor was one thing, but the impressive quality of the games was what made many heads turn. The small teams that represented each game talked with the media and showed us that these games are more than just polygons on a screen. It can be tough to convey a message with words, so many of the teams showed us how much hard work and dedication they have put into their games with hands-on demos.

These are the indie games that stood out most in our eyes, and they’re titles that we believe are worthy of attention. There are many other indie titles that sadly did not make the list, but we at Nerdmuch will keep you posted on the amazing indie games coming soon.

Deliver Us The Moon is an exploration game that gives you a mission that you cannot pass up. You are out to save humanity alone while searching through many unique areas of the moon. You are an astronaut that has to explore and see what the moon has to offer, from abandoned facilities to hidden information stashes. The game is atmospheric and jarring as you face challenges with your companion robot named ASE. The game is due to come out some time this year, and we are eagerly waiting to traverse the mysteries our moon holds.

Cuphead’s early Disney-esque animation style graphics is a massive draw for this indie title. Everything is stylized from the menus to the unique enemies creating a fantastic feel in this Xbox One/PC exclusive. Developed by Studio MDHR, Cuphead was originally focusing on the boss battles, but at this E3 we saw a lot of the platforming that takes place with a buddy at your side for local co-op. One of the first things you’ll notice while playing is that this game is no walk in the park, even with a friend. Be prepared for a challenge with this 1930’s inspired platformer.

From Giant Squid Studios, founded by the art director of Journey and Flower, Abzu delves into a new experience exploring the ocean’s depths and the unending beauty you’ll find. Followed by three robotic fish friends you swim through an insanely beautiful underwater world. Every turn is breathtaking, as you’ll see a moving aquatic world that you’re only passing through during a greater adventure. If this game even comes close to revisiting some of the magic that made journey so great, then this is a game not worth missing.

This indie title brings elements from large action adventure titles like Dark Souls while melding many elements of the classic dungeon crawler genre. Eneme Entertainment has created an intense 2D adventure game that keeps you on your toes as even the first few enemies can completely catch you off guard. The challenge is high, but the satisfaction is even higher as you fight through enemies that are out for blood. The art style is fantastic and the gameplay is very smooth, helping to make this game feel fair, even as you die constantly. Any fan of a challenge will drool over this stylized dungeon crawler.

Much like Eitr, this is a dungeon crawler with heart. You play as a small character in a big world discovering unique ways to persevere. The art style shines making you feel as if the world around you is too big to conquer, but with time and diligent gameplay decisions you will undoubtedly surprise yourself. The world is full of mystery and from the get go you want to explore and see what unfolds before your eyes. This is a title worth keeping an eye out for especially with its ambient feelings and tension building exploration. Below is one of our most anticipated games.

5. Night In The Woods

Night in the Woods focuses on the story of Mae, an interesting cat going back to her hometown looking for answers in her adventure of a life. There are many different levels of gameplay to have from conversations to rhythm based mini games. There is a lot to see and do here and it’s easy to get lost as the story progresses. The story hits some hard notes and delves into difficult topics, making for a deeper story than expected from relatively cute characters. The look and feel of this game alone would make anyone want to play, but once you start you quickly realize there is a lot more to this game than what is at the surface.

Drool‘s rhythm centric arcade game was possibly a quiet hit at this year’s E3, but it certainly caught the attention of many attendees on the show floor. Thumper shines brightest in the VR version of the game that shows off just how impressive a simple game can be in virtual reality. The immersion created with the VR headset and headphones made this a lot more fun than expected. The game consists of a metallic beetle fighting an opposing force all the while each motion is in rhythm to a very intense atmospheric soundtrack. Thumper caught my attention quickly and I honestly want more.

From Santa Monica Studios and the small polish team at Plastic Studios comes Bound, an incredibly eye catching adventure title. Without giving too much away, you follow a shy dancer as she helps her mother confront a monster while you relive lost memories. The game is completely mesmerizing in VR as well, giving you a more immersive experience. Once the game begins the simple controls and gorgeous level design will bring you into this story that is as artfully done, as it is enjoyable to play. We can’t wait to play the game from start to finish, as this will likely have a very touching story.

This procedurally generated dungeon crawling strategy game was a massive hit at E3 2016. With art from an animator for Adventure Time, Loot Rascals let’s you explore a surprisingly deep tactical game that is influenced by games like The Binding of Isaac. From killer robots to hulking Cyclops, Loot Rascals throws a lot at you while managing to feel completely under your control. The strategy elements involved help slow the action and lets you choose how you want to play out any type of situation. The game developers said Loot Rascals can be beaten fairly quickly, but good luck doing it within your first play through. This will challenge you in more ways than one, that is for sure.

This is one insane puzzle game. There is no doubt about the pure craziness that has gone into developing it as well. Coming from the mind of a one-man development machine, William Chyr, Manifold Garden pushes a gamer’s thinking with environments that loop and levels that can be manipulated to a crazy extent. The beginning of this game seems easy and straightforward, but once Manifold Garden opens up you realize pretty quickly that this game has a lot more to offer than meets the eye. We are extremely excited for this game and hope to see more in the near future. We will likely get lost and confused, but this is a game we want to get lost in.