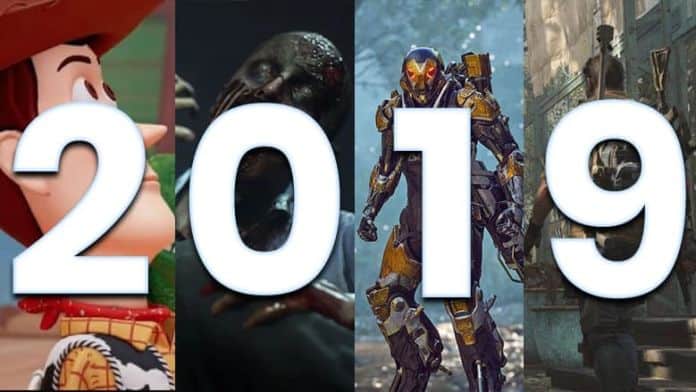 Looking for a mega-compendium of all of the 2019 video game release dates? We’ve got you covered here at Nerd Much?.

We know just how hard it is to keep up with all of the newly announced games, release date changes, cancellations, etc — especially if you’re an outsider in the games industry. Luckily, we pay extremely close attention to this sort of gaming news, and the moment we are given a new release date, we’ll add it to the release schedule below.

It’s obviously still early yet, so there aren’t a ton of confirmed game release dates for next year. However, there are at least a handful of games that we have firm dates for, and they’re all major releases.

We’ll keep this list of 2019 video game release dates as up to date as humanly possible, and every time we see a new release date announced, we’ll add it in below. So, I’d recommend bookmarking this and checking back every so often to stay up-to-date.

So, here’s a look at the 2019 video game release schedule for confirmed games coming out next year for PS4, Xbox One, PC, and Nintendo Switch:

**Bolded entries are what we consider to be the big game releases of the month. For a more in-depth look at the biggest upcoming games, see here.
[wcs-schedule id=4]

…Stay tuned for more video game release dates as they’re announced. We’ll be adding more as we get the press releases/announcements.