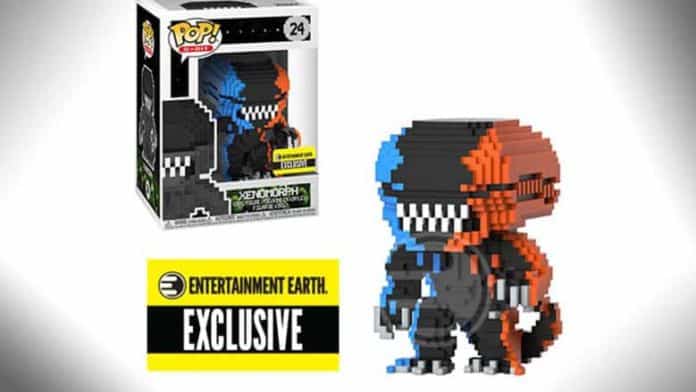 Based on the 1993 Sci-fi creature feature Alien 3, the Alien 3 video game was a successful and well-loved addition to the Alien timeline. It’s a side-scrolling platform game originally released for the SEGA Genesis and Amiga in 1992, as well as the NES. In it, players navigate character Ellen Ripley through the Fiorina 161 prison colony, using a substantial arsenal including pulse rifles, rocket launchers, flamethrowers, and grenades. Entrenched in battle after battle with Aliens and Face-huggers alike, the game culminates in an epic boss battle with the iconic and fierce Xenomorph — a sci-fi icon rendered in 8-bit ferocity, and now you can collect your very own 8-bit Xenomorph figure. 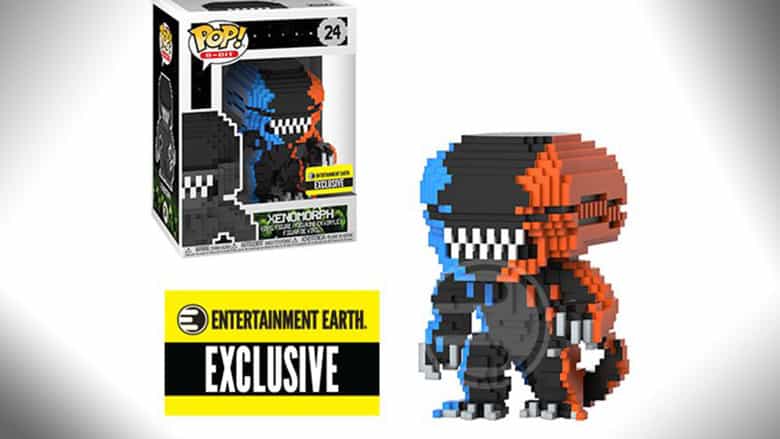 Entertainment Earth has now released the exclusive Alien Video Game Deco 8-Bit Pop! Vinyl Figure. Featuring the same orange and blue color scheme as the classic video game, this Xenomorph is number 24 in the collection. Standing the average height of 3.75 inches, the legendary Xenomorph will fit in perfectly among your existing Vinyls. Available now for preorder, and expected to begin shipping in June, this Entertainment Earth Exclusive is yours for only 13.99 plus shipping and handling.

So, either let this 8-Bit Xenomorph figure be the latest greatest addition to your Funko collection, or let it be the one that starts the obsession — either way, don’t miss out! You can order yours today.