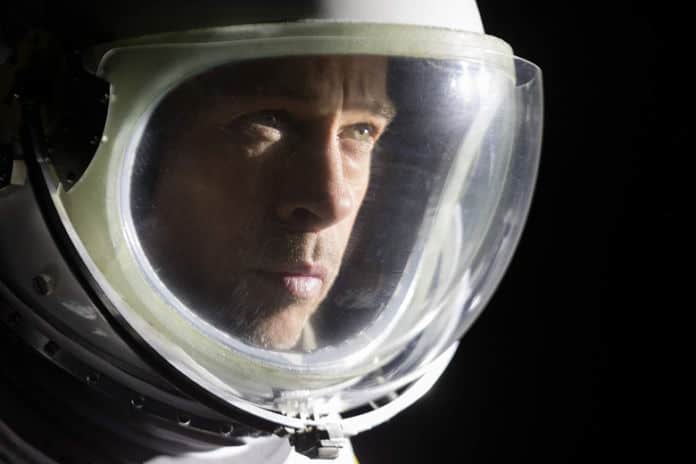 Ad Astra is not going to be a film for everyone. In an age of action-packed blockbusters, it’s rare that a slower, more methodical sci-fi movie makes its way to theaters. Directed by James Gray, Ad Astra is a visually stunning film that delves into the psychology of man traveling through space. While this topic is certainly nothing new, Gray’s script and keen direction help pump new life into the realistic sci-fi genre.

Brad Pitt stars as Roy McBride (Brad Pitt), an acclaimed astronaut that is tasked with tracking down his father, Clifford (Tommy Lee Jones), who’s lost ship is causing electromagnetic pulses that are threatening to ravage Earth. Presumed dead, Roy must travel to the outer edges of our solar system while surviving both the perils of space and his own mental state.

Perhaps the most intriguing aspect of Ad Astra is the world it quickly establishes. Only set a handful of years into the future, humans have begun to colonize the Moon and Mars. What was once a beacon for the future has been turned into a commercial, borderline lawless land. Watching Roy take a Virgin Airlines flight to the Moon perfectly encapsulates the grim, corporatized future our expansion into space would entail. 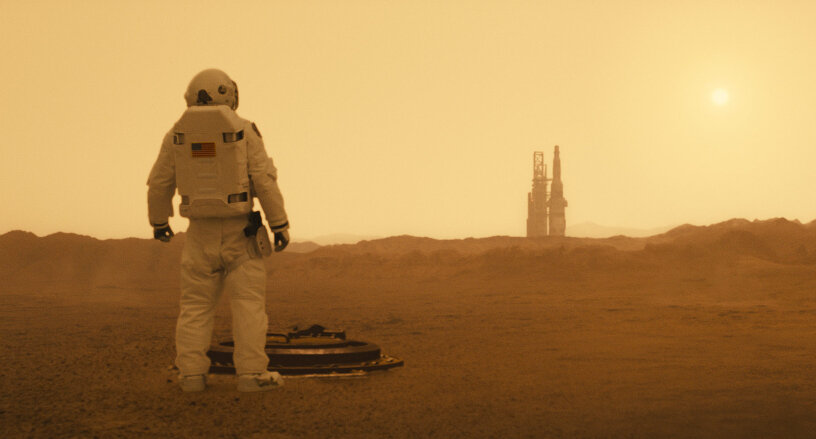 Gray doesn’t pull his punches here. The first half of Ad Astra shamelessly depicts this bleak future, which not only adds a terrific sense of realism but acts as a stark contrast to McBride’s father’s mission. Clifford’s journey to discover alien life is exactly the type of pulp, sci-fi concept we’d expect from a movie. Yet, Gray’s commitment to not embrace traditional genre tropes helps it stand out in a crowded market.

Enhancing this vision is some absolutely terrific camera and visual work. Ad Astra is breathtakingly gorgeous, perfectly capturing the beauty and horror of space. While mostly filled with muted tones, the pop of color when you see a distant planet is remarkable. It’s difficult not to get swept up in how awe-inspiring some of the shots are. As if you’re sitting in a planetarium, Ad Astra frames space in a realistic manner, allowing the natural colors of space to draw your eye.

That doesn’t mean there isn’t any action. While scarce, Ad Astra peppers some exciting, visually stunning moments throughout the two-hour runtime. The standout moment revolves around McBride battling it out against space pirates on Lunar rovers. It’s a superb chase scene that is only enhanced by the low gravity and sound design that snatches away the loud, roaring noises we expect from such set pieces. Unfortunately, this action scene does end up hindering others, as Ad Astra never reaches that level of excitement again. 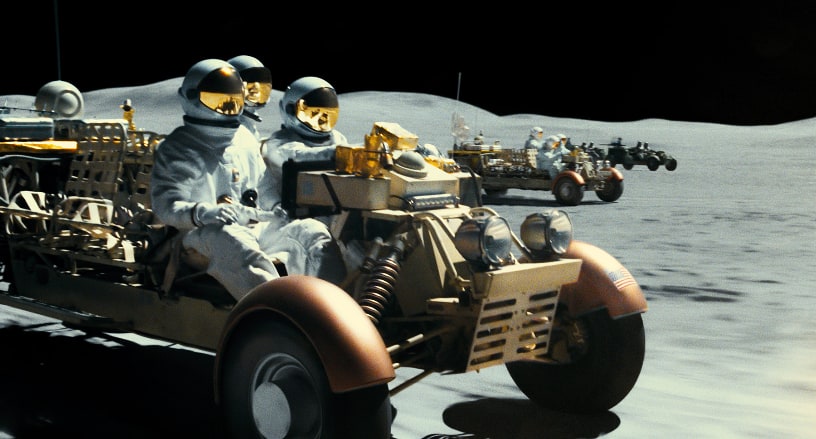 A lot of this is thanks to the third act, which just meanders along until it stumbles into the ending. There’s never a sense of urgency, even when there is a literal countdown happening. You’ll never feel like Roy is in any danger, especially at the end. By having some of the most engaging aspects of the film front-loaded, it accidentally turns the rest of the movie into a gorgeous, but boring slog. It doesn’t help that the ambient soundtrack rarely elevates the intensity of the movie. Instead, it just acts as background noise that comes off as something you’d listen to if you’re trying to fall asleep.

Thankfully, Brad Pitt’s performance helps salvage much of these issues. Despite not being his best role this the year, (That still goes to Once Upon a Time in Hollywood) Pitt runs the gauntlet of emotional turmoil. As a man who has been taught to repress his emotions, Roy ends up having a quiet intensity. He is simultaneous in and out of control, as his mental state begins to spiral the farther away he gets from Earth. You cannot help but become captivated by Roy’s growing paranoia, with each moment threatening to derail his entire reality.

Forced to have near-daily psychological screenings, we are given an uncompromising window into how Roy is doing every day. It’s an intriguing – if at times lazy – method of showcasing how Roy is doing after a big event or traumatic moment. While it does boast a great pay-off, Ad Astra relies too much on these evaluations and they end up breaking the pacing in some sequences. Alternatively, I wish we got to spend more time understanding and uncovering Roy’s relationship with this father. 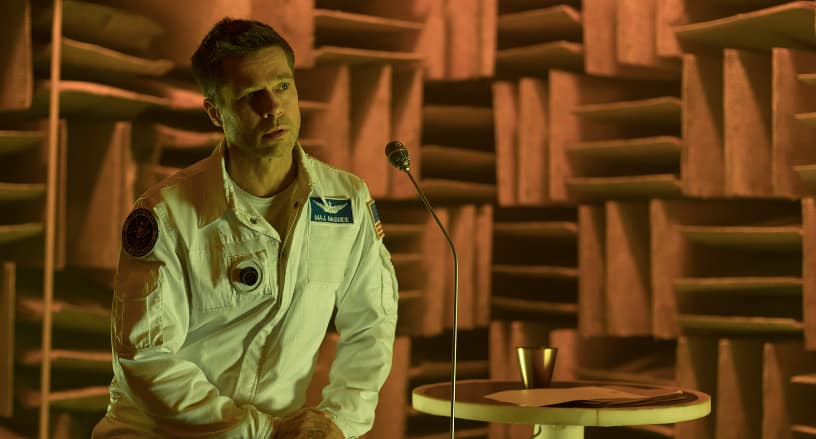 Some of this comes from the absence of Tommy Lee Jones’ Clifford during the majority of the film. Even though there are some sporadic moments that showcase the duo, he has a remarkably short amount of screentime. Yet, Gray does a terrific job with making his presence known, with Roy constantly reflecting on how his father has shaped and twisted his future. It can become overwhelming at times, which is only enhanced by the cold, endlessness of space. When he is on screen, Jones delivers a terrific performance but saying any more would be treading into spoiler territory.

Ad Astra may not win any non-technical awards, but that doesn’t make it any less of a great film. Even with some pacing problems, the movie is deeply fascinating thanks to strong characters and world-building. Perhaps one of the most realistic depictions of our future in space, Ad Astra is a visual delight that will leave you breathless. Just be prepared for a much slower, more deliberate movie than most modern sci-fi films.