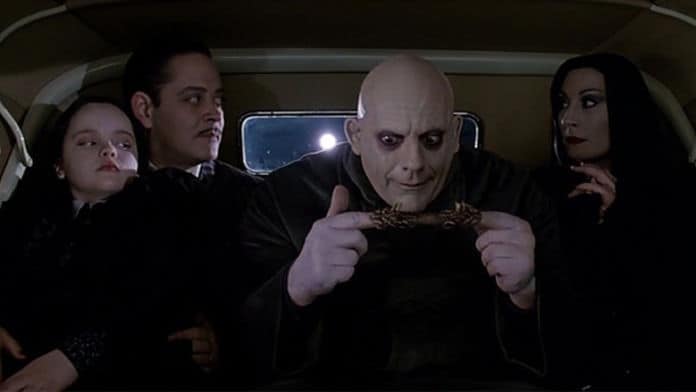 The leaves are falling, the wind is chilling, and that means October is here. And along with October, of course, comes all the spooky things: Halloween, spooky movies on TV, and dumb pranks by your coworkers who think it’s funny to pretend to chop off their finger in the breakroom (I’m not laughing, Karen).

Those three family movies are essentials every October.

When is The Addams Family on TV?

Note: All times in the chart below are EST.

Want to know what other family Halloween movies are on TV? Check out our ultra easy-to-digest schedule.

Is The Addams Family on Netflix?

No, none of the Addams Family movies are on Netflix in the U.S.

How to Stream The Addams Family 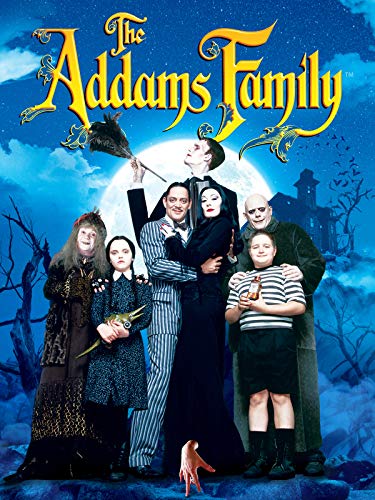 The Addams Family
$4.99
Buy it on Amazon

Luckily, good ole’ Amazon Prime Video has The Addams Family movie available for streaming for just $3.99. Or, you can buy it digitally and keep it forever at $13.99

You can also stream The Addams Family movie via Google Play starting at $2.99, or you can buy the full movie and keep it forever for $9.99.

Streaming The Addams Family on iTunes is also an option. It’s available to rent for $3.99 or to purchase for $14.99.

The Addams Family movie can be streamed on Vudu for $3.99 or purchased forever for $9.99.

You can rent The Addams Family movie right on YouTube for just $2.99.

What is The Addams Family About, Exactly? 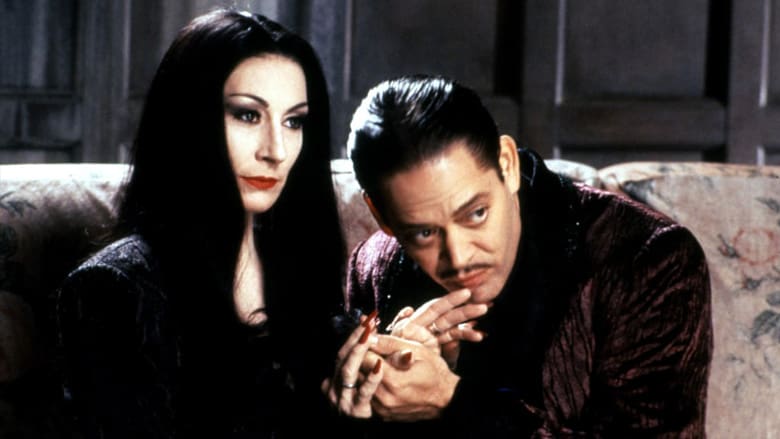 The Addams Family revolves around Gomez Addams who wallows in the sorrow that his brother, Fester, has been absent since their falling-out two years prior. A friend of Gomez, Tully Alford, attends a séance at the Addam’s residence to conjure Fester’s spirit. Tully is a con-artist who owes a great deal of money to a woman named Abigail, whose son Gordon happens to look identical to Fester. Secretly—Gordon poses to be Fester to infiltrate the Addam’s household in order to steal their riches, so Tully can pay Abigail back. With the return of ‘’Fester’’, Gomez is thrilled, and quickly brings him back into the family. Together again, the family spends ample amounts of time together, and “Fester” becomes very close to the Addams family. The family arranges an extravagant party to celebrate Fester’s return. The stress over stealing the family’s riches leads to fallout in the con-artists relationships and their plans, causing backstabbing and death! Through this comedy horror film, the audience will see just how strong the Addams family is, and how hard it is to fool them out of their riches.

This movie from 1991 is not to be confused with Paramount’s upcoming animated Addams Family movie, which was announced back in 2010 via Deadline.

The Addams Family movie cast was a huge hit for this movie, where a lot of the cast members are now very well-known for the roles they played for this film. To name a few: Anjelica Houston played Morticia Addams, the late Raul Julia played Gomez Addams, Christopher Lloyd (my personal favorite) played Uncle Fester Addams, and Christina Ricci played Wednesday Addams.

More About The Addams Family

The movie was filmed in 1991, and is based on the characters from the cartoon created by Charles Addams as well as the 1964 tv series produced by David Levy. The film was originally being produced by Orion Pictures, but while in production, the company had a financial decline and Paramount Pictures bought The Addams Family while still in production.

The main reason for the new production company was that the film went over budget due to being rewritten so many times during filming. While there were many obstacles during filming and during the release both domestically and internationally, The Addams Family did really well at the box office. It brought in around $200,000,000, making a huge profit.

This film became a cult-classic rather quickly and won many awards in the process. It was awarded the best horror film in 1991 by the Horror Hall of Fame. It even had a pinball machine created based on the movie, and it is the best-selling pinball machine ever.