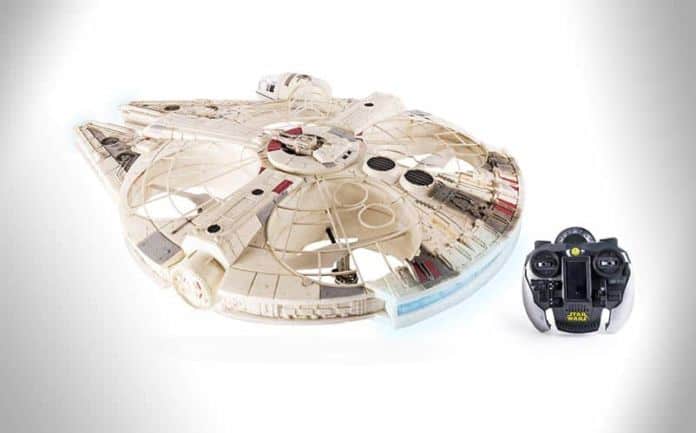 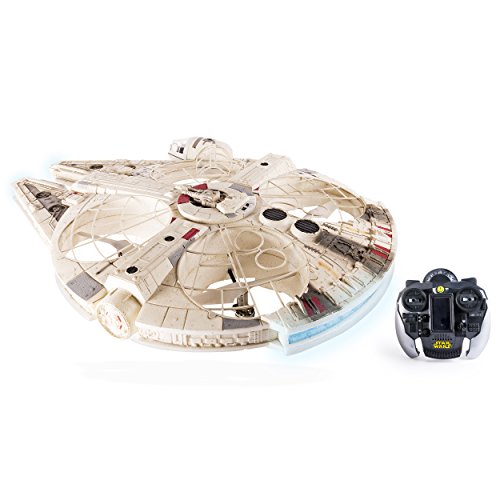 It’s no secret that we love all things Star Wars–related, and we’re knee deep in drones here at Nerd Much headquarters. So when the two things came together last year for Air Hogs’ Millennium Falcon Drone, we were more than a little thrilled. But this year, Air Hogs is taking things even one step further by releasing a brand new extra large version of the cool drone, the Star Wars Remote Control Millennium Falcon XL Drone.

This XL edition comes in at 27″ x 20″, and it even features a cockpit containing Chewie and Han Solo figures (included). It weighs in at a hefty 3.5 pounds. It uses a 2.4GHz band and has a range of up to 250ft. The new XL edition also adds hyperdrive LEDs and “authentic” sounds, giving you the most realistic hunk of junk in the galaxy. Of course, the new XL edition also comes with an XL pricetag, coming in at a whopping $299.99 — a tough sell for the upcoming Christmas season, no doubt. Luckily, Air Hogs also debuted the Star Wars Speeder Bike for slightly less, $149. Still, if you can find it on sale or are willing to shell out the big bucks, it’s one cool Star Wars toy.

For some more cool Star Wars stuff to waste your rent on, come back to Nerdmuch.com for daily finds.