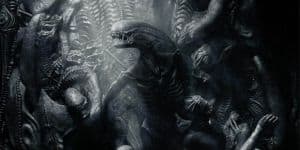 Alien is one of those film properties that has never been able to truly recapture the magic from its glory days. With the exception of the first two, many of the Alien movies either waded into cheap B-movie territory or were just uninspired attempts at connecting to the original film. Prometheus back in 2012 was the first real push to try and build upon the foundations that the first Alien created, yet it simply failed to deliver. Now, years later director Ridley Scott takes another shot at this science fiction/horror franchise with Alien: Covenant. Thankfully, this movie makes out far better than the previous entries despite some rather noticeable flaws.

Set several years after the events of Prometheus, Alien: Covenant follows a crew on a colonization mission that is abruptly awakened from cryo-sleep during a freak accident. Having to take refuge on an unknown, seeming habitable planet the Covenant’s crew lands and discovers the wreckage of the alien ship that Mary Shaw (Noomi Repace) took in Prometheus. Of course, nothing is that simple and it turns out David (Michael Fassbender) is alive, along with that Xenomorph producing virus.

While this sets up the cast for some truly bloody and chaotic action sequences, Alien: Covenant falls pray to characters making exceptionally dumb choices. This causes a loss in tension in many scenes because we know what’s going to happen, especially once the third act rolls around. There’s an attempted big “twist” later on in the film, however, this falls flat because it’s so obvious that pretty much anyone can see it coming from a mile away. What’s worse is that Ridley Scott doesn’t use this big reveal in any interesting way and ends up going the most predictable route for the characters involved.

There’s also the actual Xenomorphs origin story which does remove a lot of the mystery and horror behind the creatures. However, Scott still has a fantastic eye for setting up a scene and displaying gorgeous, striking visuals. It’s hard to not to get awestruck by how hauntingly beautiful this planet is, yet this is balanced nicely by some claustrophobic inducing scenes that feel like a great homage to the first Alien.  It’s a stunning movie and undoubtedly one of his best-looking films, as Alien: Covenant isn’t shy from showing every gruesome death on screen in full view.

Holding this all together is a mostly strong cast led by Katherine Waterston who plays the ship’s second in command Daniels. She has a commanding presence on screen and Waterston’s performance is genuinely inspired as she balances terror, confidence, and sorrow masterfully. There’s little doubt that she holds the weight of Alien: Covenant on her shoulders and Scott’s direction allows her to feel like more than just a simple Ripley clone. 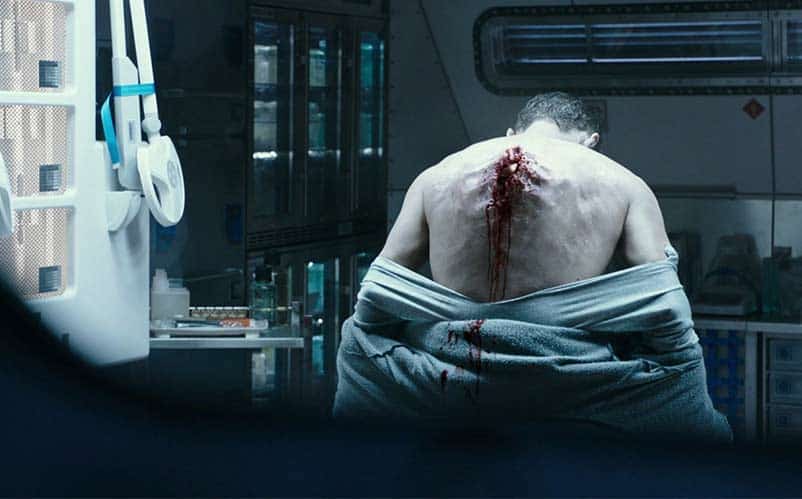 Danny McBride delivers a solid, dramatic performance as the head pilot Tennessee and Billy Crudup’s ship captain Oram serves as a nice moral backbone for the rest of the characters. Sadly, Fassbender’s duel roles as the synths Walter and David feel completely out of place with the rest of the film. While it’s understandable that Scott would want to have some connection tissue between Prometheus and Covenant, many of their scenes feel contrived and forced. It’s silly at best and is absolutely the biggest issue that Covenant faces because David and Walter are not nearly as interesting as Scott seems to think they are.

The idea of machines going beyond what their creators intended is nothing new, which makes many of Walter and David’s scenes feel stiff and lifeless. Typically this wouldn’t be as much of an issue, but Scott is so focused on these two characters that it ultimately consumes too much of the movie. There is more time focused on David than the Alien, which feels wrong given this entire film is based around their origins. While I get that David is supposed to be the “real” bad guy”, his presence just lacks a sense of menace, unlike the Xenomorphs.

Walter’s addition is even more puzzling because he serves no actual purpose to the story outside of letting David talk about how deep and philosophical he is. There’s supposed to be a sense of duality between them, but this is just poorly presented and makes Alien: Covenant drag on for way longer than it should. All of this culminates in a hilarious, borderline slapstick fight that feels so out of place with the rest of the movie you’ll think Scott was teasing a new Marvel movie.

Yet, Alien: Covenant isn’t a bad movie by any stretch of the imagination, but it’s not a good movie either. It goes beyond what the classic first two Alien films introduced and instead feels the need to have “deep” discussions about topics that have no real point in being here. Visually the movie is stunning and it’s great to see the horror of what the Xenomorph can do in full view. Yet, you will need to wade through too many scenes involving character you will barely get to or care to know. Even though the core three characters deliver great performances, it’s not enough to save Alien: Covenant from the nonsense of David and Walter. Maybe the next Alien film should actually focus on the alien and not two synths that took an intro to philosophy class.