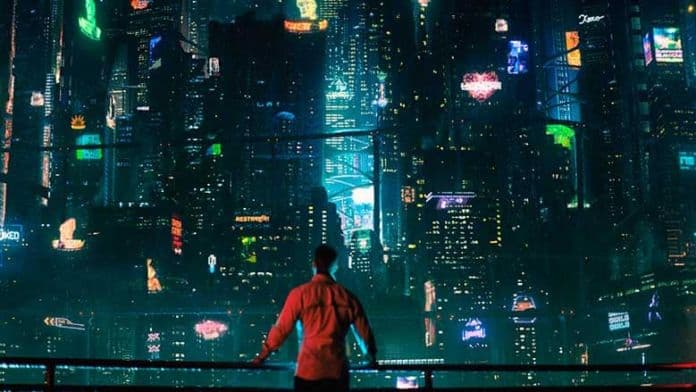 Note: This is a spoiler-free review of Altered Carbon Season 1, which will debut with 10-episodes on Netflix on February 2nd.

Futuristic sci-fi has always been my personal favorite subgenre, and if you’re a product of the 80s, it’s likely that you’re a big fan as well. So many great futuristic movies — Blade Runner, Escape From New York, and Back to the Future, to name a few — were such a major part of 80s pop culture that the idea of a tech-driven future is basically ingrained in us by now. We know, we know — technology is going to far surpass the human race, and one day, machines/computers will start a war with the human race and we’ll all be helpless.

While that story line has been done to death, it’s not quite what Netflix’s latest original series, Altered Carbon, goes for.  What’s more, the series is presented in such a way that avoids some of the cheesier moments that we might expect in science fiction television nowadays, and instead, presents us with something unique in the genre.

It’s going to be tough to talk about the Altered Carbon TV series without spoiling it, because a lot of its enjoyment stems from its many twists and turns (fear not – we will remain true to our word of being spoiler-free). But for those unaware, Altered Carbon is based on the book of the same name by Richard Morgan. The TV show is set 250 years in the future (the book is 500 years in the future, for the record), where a human’s memories and personality can be stored digitally and downloaded into new bodies called sleeves. Most people have what are called cortical stacks inserted into their spinal columns, and if it remains intact when their body dies, they’re able to transfer their consciousness to another sleeve. A ‘real death’ will occur if the stack is destroyed along with the body. The series follows Takeshi Kovacs (played by Joel Kinnaman), a former U.N. soldier, who is sleeved with the intention of helping a wealthy man solve his apparent suicide (which the man, Laurens Bancroft (portrayed by James Purefoy), believes to be a murder). 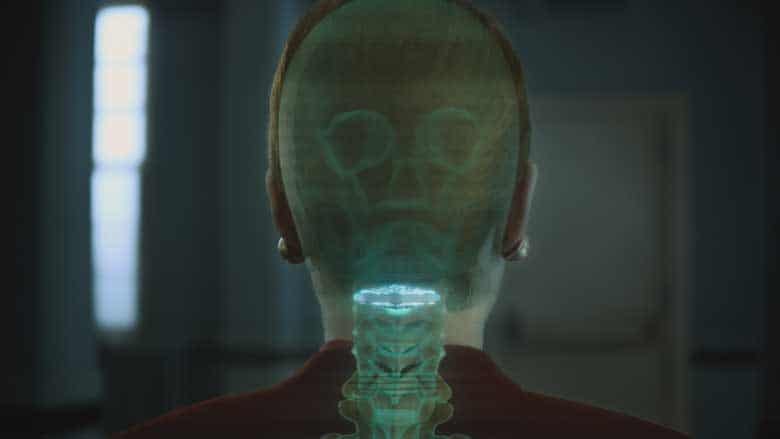 Now, of course, one of the benefits of being able to transfer your personality to a new sleeve after your death is the ability to tell authorities how you died, pointing the finger and backing that finger up with raw, incriminating data. Unfortunately for Bancroft, he’s missing the last 48 hours of his life due to an interference with his back-up schedule. That’s why Bancroft needs Kovacs, and Bancroft offers the former soldier his freedom (via pardon for his past crimes) and unlimited wealth to solve the murder.

It might seem like your typical hired gun storyline, with an efficient badass agent fighting simply for his freedom, but the story goes much deeper than that (and the cyberpunk setting makes it a much more unique experience). The world is filled with cool tech — even aside from the stacks and clones — including all of the illuminated panels, flying cars, and cool weapons you can imagine. The best part is that, despite it being a sci-fi television series, it appears to have been treated with a proper budget, so the effects don’t look like something out of Star Trek: The Next Generation. Instead, they’re believable in the world. 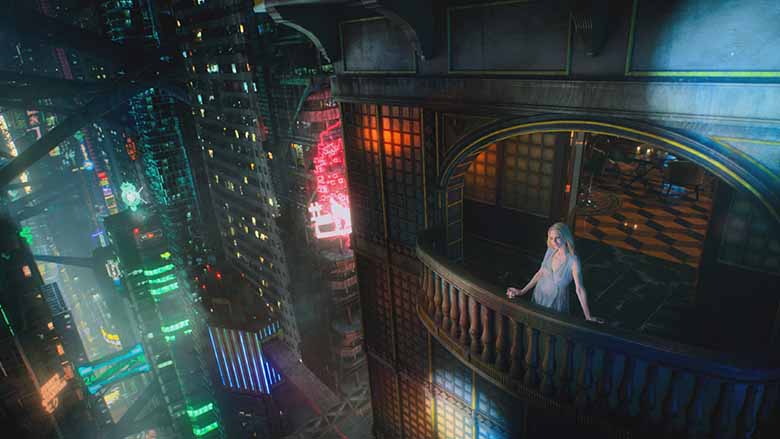 What’s even more impressive is the expansive metro that is somehow also believable. It’s set in former San Francisco, and now it looks like something right out of Blade Runner (and clearly serves as an homage to the film that it’s inspired by). There are plenty of other great visuals to feast your eyes on as well, including cool-looking futuristic shiny things and all of the bloody fight scenes you can stomach.

There’s also quite a bit of poetic character moments in the series, and it not only follows the love story of a man and the love of his life but also the story of a brother and sister’s love. So, for all you that are looking for a bit more than just sexy sci-fi visuals, there’s more here for you to enjoy.

It’s also not possible to talk about Altered Carbon without giving a nod to not only its starring cast but its supporting cast as well. The series is filled with a lot of likable characters, most notable of which is Chris Conner’s Poe, a fast talking and quick-witted hotel bellhop (who actually ends up being more than meets the eye) that is now one of our new favorite A.I.-based characters in recent memory. Joel Kinnaman does an incredible job bringing Takeshi Kovacs to life, and he further proves here, without question, that he is leading man material. There’s also Ato Essandoh, who plays the role of Vernon Elliot (who is much more expanded in the series than he is in the book), who brings that character to life impressively, being that he had so little to go on with the source material. Those are just a couple of the supporting actors who deserve a nod, but really, the entire cast does a pretty phenomenal job. 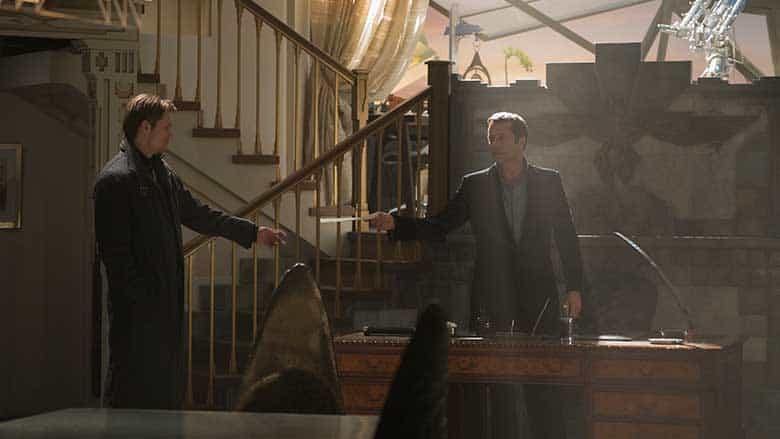 But the reason we’re all really here — ‘here’ being watching yet another sci-fi series — is because we want to be provoked into a discussion about ethics. And, luckily for those who love a good debate, Altered Carbon certainly gives us a lot to chew on mentally. One of the surrounding issues discussed at length in the series is the ethics of bringing back people from the dead and injecting their psyche into a new body, and in fact, religious groups in the show are presented as being against the idea (and even outlawing their conscious from being resurrected). But this is only one of the many social/ethics issues that are presented in the series, and there are some interesting ideas that are well-worth consuming and debating over.

The series isn’t without its minor flaws, although we admittedly had to grasp at straws to find them. One issue is in the wardrobe department, with the majority of clothing on set looking mostly like something we’d see in a catalog in 2018. Secondly, it fumbles the intended expansion of Lizzie Elliot (the daughter of Vernon) by dragging out her storyline in a few of the middle episodes.

But in the end, those very minor flaws shouldn’t stop you from enjoying the hell out of the series. What it comes down to is that Altered Carbon is a badass neon cyberpunk noir series filled with all the things we love about futurism — neon lights, virtual reality, cool tech, and shiny metal things — and pairs it with brutally bloody action sequences akin to AMC’s Into the Badlands. Layered on top of that is an underlying dystopian theme where money is everything, and those without it, suffer, and more ethical and social questions for us to ponder and debate until we hopefully get a second season. Altered Carbon is everything we love about sci-fi.

Want to know what other awesome sci-fi TV shows are on the horizon in 2018? Check out our list of 17 awesome new shows we can’t want to see.