American McGee: Where Is Alice 3? 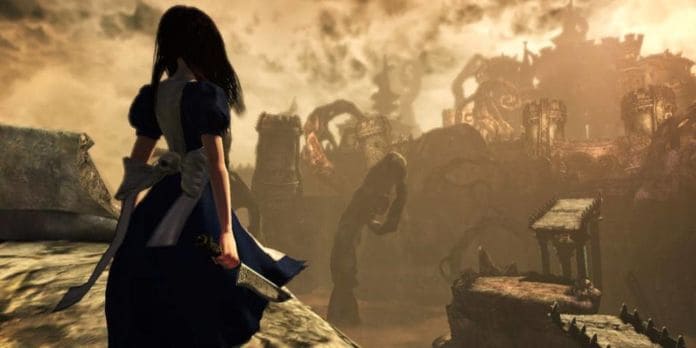 It’s finally time to put to rest all those questions about a sequel to American McGee’s Alice: Madness Returns. It has been six whole years since we saw that game. Though the first, Alice, has not aged well, Madness Returns is still one of the best platforming games in gaming history. Neither game is perfect, of course, and could probably do with a remaster, but it’s the story and world of Alice that captured the hearts of so many fans. 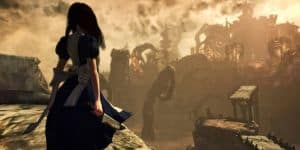 Many fans that have been keen on making sure American McGee knows how much they want Alice 3 these long six years, and it seems the developer has had quite enough. According to a post on American McGee’s official site, there are absolutely no plans for an Alice 3 and it is highly unlikely that there will ever be.

McGee states that everything to do with Alice, and he means everything, is under the control of publisher EA. There is nothing that McGee can do to push EA in one direction or another and he would prefer if fans would direct their questions to EA rather than himself.

EA, says McGee, has absolute control over the rights of everything Alice, including all stages of creation, development, production, and launch. Because of this, McGee cannot “crowd fund, raise investment for, or otherwise self-develop, self-fund, or self-publish any interactive version of Alice.”

There was definitely a film version though, which is the one thing EA doesn’t have rights to. The film was titled Alice: Otherlands and was supported through Kickstarter. Which was an entirely successful project, and you should totally go check out the Kickstarter page to get your copy. It might not be entirely possible, due to factory concerns, but it is certainly worth a shot to ask.

As to a new game, McGee states that EA is fully aware that fans want a new Alice game and that it might come to be before we die, he is entirely open to the idea anyway. So be sure to Tweet at EA and put all your effort there rather than with McGee. He says the flood of fan complaints and questions are currently hampering his efforts on new projects, like Out of the Woods.

Once again, EA is to blame for great IPs falling by the wayside. It is good, at least, to know that McGee still has a more or less successful career without EA.