Nintendo has officially announced Animal Crossing for Nintendo Switch, and really all that we know so far is that it’s coming in 2019….

After months of fans clamoring for the franchise to make its way to Nintendo’s latest console, Nintendo has finally revealed that it’s on the way, and it’s coming sometime in 2019.

At first, it looked like Nintendo gave us a good troll during their Direct by revealing that a character (Isabelle) from the franchise would appear in this year’s Smash Bros.Ultimate.

But following that teaser, Nintendo noted that Animal Crossing Switch is, indeed, on the way.

There’s no denying that Animal Crossing has essentially dominated the conversations revolving around games we all want most for the Nintendo Switch, as its a franchise that has been one of the most popular on the 3DS. Its latest release, Animal Crossing Pocket Camp, is also played by millions of fans. 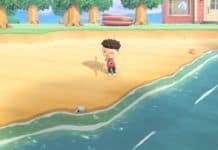