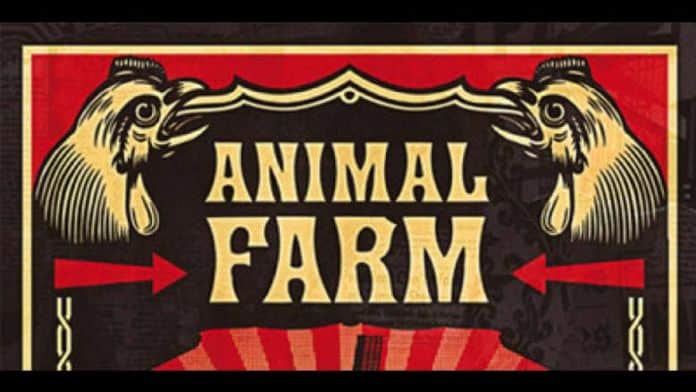 It appears as though Netflix and Andy Serkis have grown quite fond another through their recent business ventures. The streaming studio has announced that they’ve acquired the rights to produce an Animal Farm movie based on George Orwell’s novel, and have placed Serkis in line to direct.

The news comes just days after it was announced that Netflix had purchased the rights to Serkis’ Mowgli from Warner Bros. The latter was worried that the movie would be a flop. Mowgli had the difficult task of following in the footsteps of the very successful live action adaptation of The Jungle Book by Disney. Netflix seemed happy to take the film off their hands though, and Serkis gushed when calling the streaming platform home for his movie.

The Animal Farm movie also has Matt Reeves aboard to produce. Reeves has worked alongside Serkis before serving as director on Dawn of the Planet of the Apes and War for the Planet of the Apes. He was also director on the original Cloverfield movie and produced The Cloverfield Paradox which was acquired and premiered on Netflix directly after the conclusion of Super Bowl LII.

Reeves, who inked an overall deal with Netflix back in January, released the following statement:

“Andy is such an incredible artist — he is truly a force of nature and a beautiful soul. To be able to work with him again and with Jonathan and Netflix to see Orwell’s classic tale brought to life in a totally new and exciting way is an absolute dream.”

Serkis echoed Reeves’ sentiments to Deadline as broke news of the upcoming project:

“We are incredibly excited to have finally found the perfect creative home in Netflix for this extraordinarily zeitgeist work by George Orwell. On top of that, to be re-united with my great friend Matt Reeves — with his acute sensitivity, storytelling intelligence and honesty and command in this realm — is to have the very best scenario for our long-held passion to bring this fable alive.”

As usual, Netflix hasn’t indicated when we can expect to see Serkis and Reeves’ Animal Farm movie hit their subscription service. But it will likely be at a least a couple of years from now.