Next Overwatch Hero ‘Just on the Horizon’ 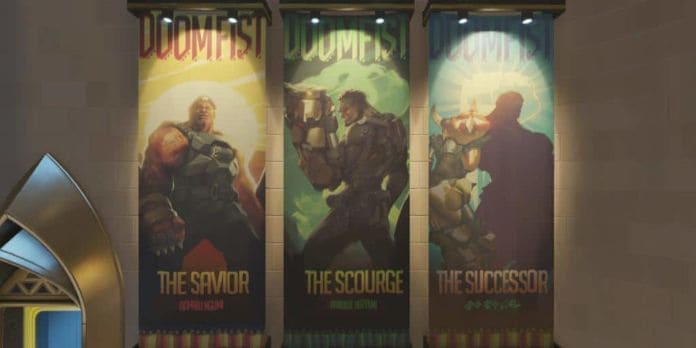 In celebration of Overwatch‘s anniversary, the PlayOverwatch Twitch channel hosted a small interview with game director Jeff Kaplan himself. In it, he stated that there is a “really cool hero just on the horizon,” which he encourages fans to be very excited about. Otherwise, he spoke mainly about the content currently in Overwatch, and some of the upcoming maps he mentioned before in Blizzard’s forums.

There were no hints as to who exactly this new hero will be, but after the countless hints towards a character named Doomfist, most fans are hoping to finally see him in action. The most significant hint drop was from Orisa’s release, in which the Doomfist gauntlet was stolen from Numbani and left destruction is its wake. It’s not completely clear if he’s a villain or not, but I suppose the same can be said for a lot of the Overwatch team. Not all of them have pure golden motives for doing what they do.

In addition, the famous Terry Crews has told fans that E3 2017 will carry a huge surprise for Overwatch fans. As it is rumored that he’ll be voicing Doomfist, most fans are fairly sure that’s what the surprise will be. Whether or not Doomfist is the new hero, Kaplan has made it clear Overwatch will be getting new content for the rest of the year. Indeed, he stated that there will be “content drops every single month” from here on out to the end of 2017.

Color me impressed. Blizzard is once again keeping up a stellar plan to ensure Overwatch stays alive far past the time most games of the same kind last.