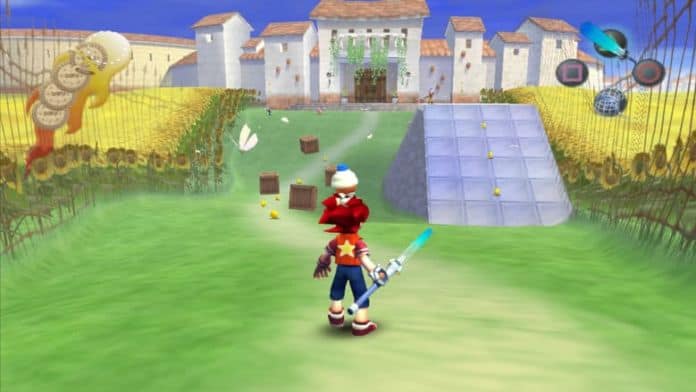 There are a lot of iconic video game mascots that have become ingrained in the popular culture. Many have spawned multiple franchises, appeared on real-world products, and are associated with specific gaming consoles. Despite Nintendo boasting the biggest character in gaming, rival publisher Sony has accrued a stable of memorable protagonists.

From the wild Crash Bandicoot to Spyro the Dragon, these heroes have become closely associated with the PlayStation brand. Yet, the Ape Escape franchise – despite boasting just under 15 games – has rapidly faded from the medium. With tons of retro titles getting rereleased or remastered, its hard not to notice Sony ignoring this franchise. But why has Ape Escape been left behind and should we even embrace this weird franchise going forward?

For the unfamiliar, the original Ape Escape released back in 1999 for the first PlayStation. Developed SCE Japan Studio and published by Sony, this platformer revolved around players trying to capture scientifically enhanced monkeys.  Led by a super-intelligent, sociopath simian named Specter, the apes constructed a time machine and launched themselves into the past. Players assumed the role of Spike and were tasked with rounding up these primates before they could rewrite history.

Think of it as Planet of the Apes, but way goofier and focused more on injecting as many monkey related puns as possible. 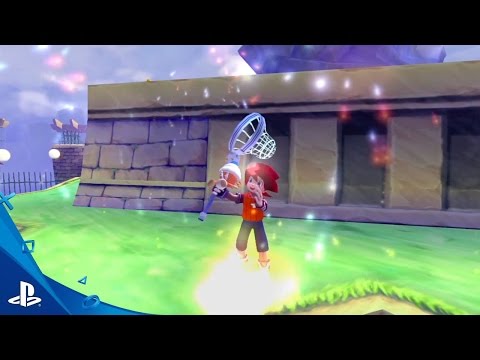 It’s a silly game for sure, but Ape Escape’s odd sense of humor helped it flourish and standout among its peers. Ape Escape never took itself too seriously and even went as far as to give all the monkeys small personality traits. SCE Japan Studio clearly understood how ridiculous this idea was and just ran with it. This freedom allowed them to craft a ton of unique scenarios like shark-riding apes, races, boxing, and flying UFOs.

Characters were silly and entertaining – even if some of the voice acting was questionable at best. There wasn’t a ton of depth to the story, mainly because Ape Escape never needed it. Sure, the human characters have as much personality as a wooden plank, but when you’re chasing a monkey around the feet of a living T-Rex suddenly that doesn’t matter. This franchise has always put story second, instead letting the unique mechanics take center stage.

Ape Escape Gameplay consisted of running around the environment and using a plethora of gadgets to capture different types of apes. This is easier said than done since many of these monkeys utilize a variety of weapons to deter would-be heroes.

There are a variety of different apes – each designated by the color of their pants – and each of them requires a different method of approaching. Black pants apes will fire machines guns at you while green pants primates use homing rockets. Others are simply more alert to their surroundings and some just get very aggressive when you attack.

Not only does this keep encounters from growing stale, but it helps make the monkies stand out. There are a lot of apes you have to capture and each one feels unique. These are more than just cookie-cutter foes, with many acting like mini-bosses. Ape Escape thrives on presenting players with a target and then giving them a plethora of tools they can use to achieve their goal.

While games like Crash Bandicoot presented very linear levels, the Ape Escape titles offered open maps to explore. You rarely have a set order of apes you have to capture, so how and when you captured them was up to you. Despite this highly addicting and entertaining gameplay, Ape Escape got lost in all the commotion. 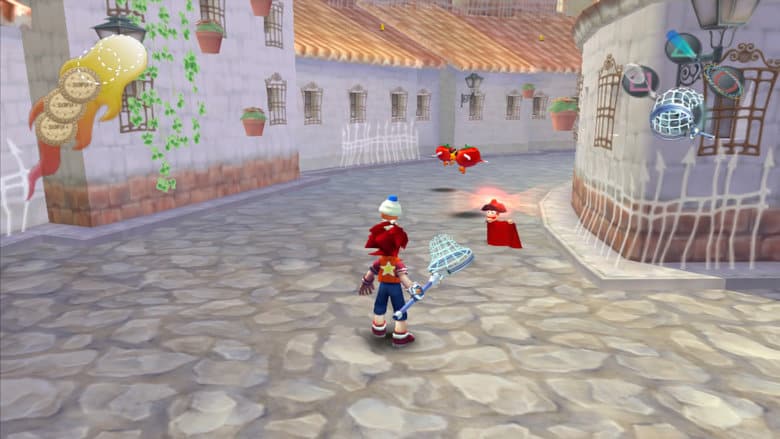 Where’s a Proper Ape Escape Remaster When You Need One?

Which may surprise some since the game was received positively and went on two have two more core entries in the franchise. That doesn’t mean there haven’t been more games, in fact, the Ape Escape series has a staggering amount of spin-off titles. There’s Ape Escape Racing, Ape Escape Million Monkeys, and Ape Escape Academy 1 & 2.

However, most of these titles were only released in Japan and Europe, which explains why a lot of western players promptly forgot about these games. It’s been years since we had a proper, major console release for a game under the Ape Escape banner.

Looking forward, there’s no reason not to revive or remaster this series. Sony is clearly aware of its existence because the original Ape Escape 2 was released on PS4 back in 2016. This wasn’t a remaster, but its appearance gave us a small sign of hope that this franchise would return. The Crash Bandicoot N. Sane Trilogy has already shown how lucrative nostalgia and remastered titles can be. So maybe it’s time we finally give these wacky apes the acknowledgment they rightly deserve. I don’t know about you, but with every PlayStation press conference and announcement, we wait with bated banana breath for someone to even mention an Ape Escape remaster.

Do you want to see an Ape Escape remaster? Sound off on Twitter and let us know!