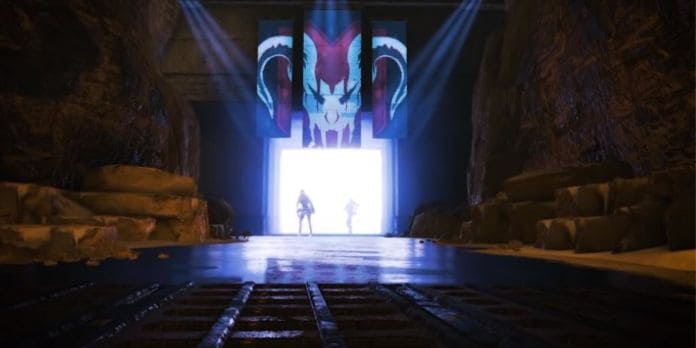 Since its out-of-nowhere release on February 4th, the free-to-play Apex Legends has quickly hit 25 million players and asserted its place as the most popular game streaming on Twitch.

There’s a lot to love about this squad-based battle royale first-person-shooter. The unique abilities of the eight Legends (characters) offer interesting combos, and the playground-like map gives players plenty of ways to slide, zipline, and jetpack their way across the desert terrain.

While the game has a decent amount of content to offer out of the gate, fans are already speculating changes and additions. The roadmap released by Respawn indicates that we’ll be seeing new Legends, Weapons, and Loot (whatever that means) every few months.

Dataminers have uncovered a few clues in the game files, including the names of potential new Legends, weapons, and game modes.

If Respawn stays true to their roadmap, we might see a steady influx of new ways to play this smooth FPS battle royale, but many rumors hint at far more than Respawn has hinted at.

One of the first questions fans asked was: “Where are solos?”

At the moment, Apex is based around its teamwork-oriented gameplay. The Legends’ ultimate abilities often lend a hand to teammates, and the ping system is a streamlined and effective way to communicate without a mic.

However, some dataminers have tracked down mentions of both solos and duos in the game files. 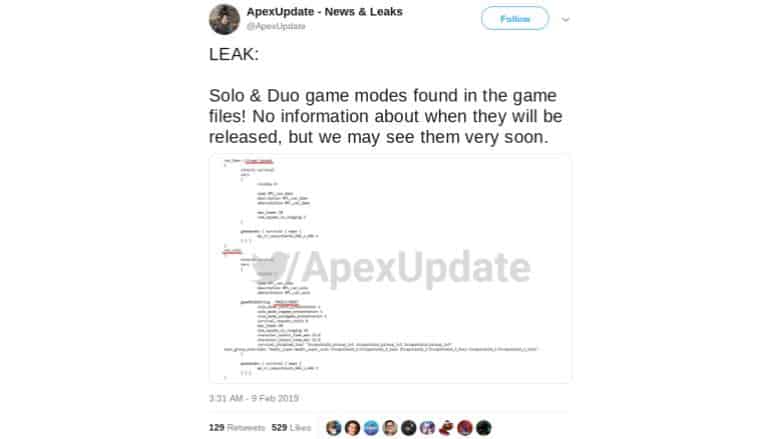 Another Twitter account, @ApexLBR, found hints of a “Recruit” mode, which appears to give players the option of recruiting enemy players to their squad.  @ApexLBR pointed out that there seems to be a max of 3 players per squad in this mode, so it may simply be a remnant of an earlier version of the current squad mode.

Mentions of Team Deathmatch and Survival modes were also uncovered by @ApexLBR. These are exciting ideas, but the mention of “Pilot kills” suggests they may be from an earlier version that included the ubiquitous Pilots from Titanfall and Titanfall 2.

Gamingintel.com has learned from the Twitter account @RealApexLeaks that the Survival mode may involve a crowd of cheering and booing NPCs to put the pressure on players as they overcome a series of challenges.

While more game modes are exciting, it’s unlikely that Respawn will change things up any time soon. In addition, they may stick with what’s working well and what they’re known for: a battle royale game built around its squad gameplay. For each game mode added, Respawn would have to consider how each Legend and their abilities work, possibly limiting their creative space.

See Also: Why Apex Legends Spells Big Problems Ahead for Call of Duty

A few weapons have emerged as a result of datamining, and some will be familiar to Titanfall 2 players.

According to datamining from gamingintel.com, two new weapons may be on the way: the C.A.R. SMG and Proto Hold Beam.

The C.A.R. SMG is a classic weapon from the Titanfall series that deals heavy damage at a low firing rate, though it may be altered for Apex Legends.

We know less about the Proto Hold Beam, and its description of “Drain energy from robotic targets, redirect it toward enemies” makes little sense in the context of the Titan-less Apex Legends. It sounds like some sort of energy weapon, which would increase the number of energy ammo weapons from two to three.

Reddit user u/Goldstein_Goldberg discovered that the Legend Bangalore mentions a weapon called the “Havoc” after the game’s first patch.

We know from the roadmap that new Legends are on the way, and a combination of datamining and carefully watching the Apex Legends gameplay trailer have given us a few clues. 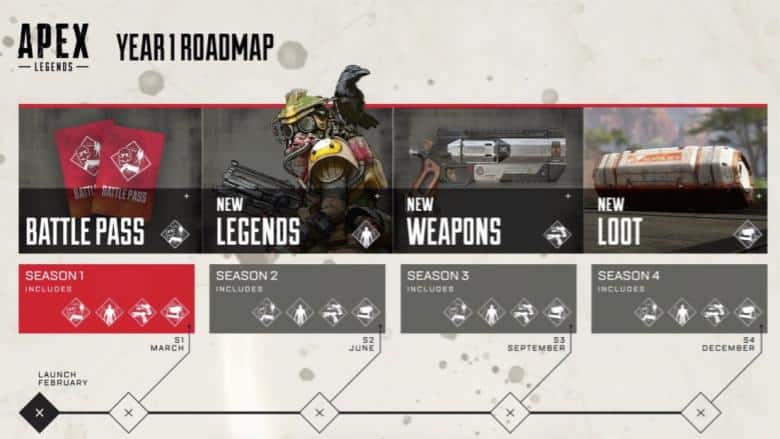 Twitter user @Loudwindow pointed out that not only are the silhouettes of two legends shown in the gameplay trailer, but they also match up with characters sketches from the Titanfall artbook and the background of Pathfinder’s official character art. 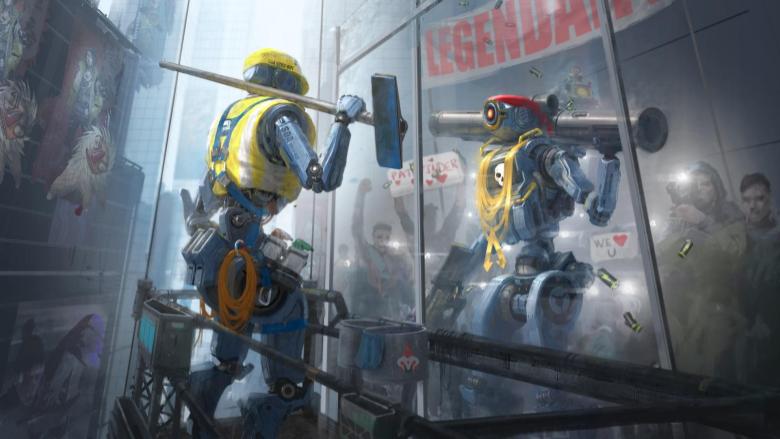 One looks to be a robot character like Pathfinder, while the other appears to be a Pilot-type character whose banner in the Pathfinder image translates from Korean to “Talchum.”

Two more characters, Wattson and Octane, have been uncovered through datamining by Reddit user u/fmarton999. Speculation and further datamining from user u/Magesunite reveal a possible “teslatrap” for Wattson, and “stim” abilities for Octane.

It’s no surprise that a character named Wattson may have something to do with electricity. This could make him an offensive Legend with abilities similar to Caustic’s gas trap ability.

Octane’s stim ability may mimic the Stim Pack from Titanfall, which increased your speed and shortened reload times. Fans have been hopeful for some of the abilities of Pilots from Titanfall, and we may yet see double jumping and wallrunning in Octane.

A long list of Legend names have been shared by Twitter user @ApexLeaksNews, allegedly found in the game files:

We can speculate at themes and abilities with this list of names, but it’s hard to guess with any basis in fact for most of these Legends, aside from Wattson and Octane. However, it’s nice to know there may be as many as 10 planned Legends in the works.

These game file leaks could be nothing more than remnants of Respawn’s iterations and experiments. Or, they could be glimpses of what’s to come.

There are a few other rumors about things like hoverbikes and of course a mode with the absent Titans. While it’s hard to say what impact changes like Titans, solos, or vehicles could have, one thing is clear: most fans trust Respawn and their decisions with the game moving forward.