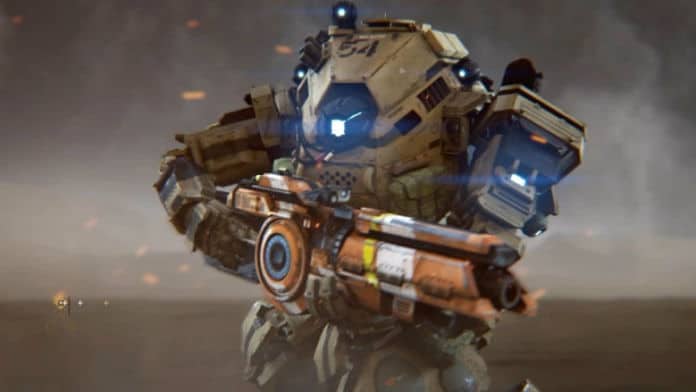 One of the hottest titles in gaming, Respawn Entertainment’s Apex Legends, isn’t resting on its laurels. New information leaking out indicates that the game will soon be incorporating Titans from Respawn’s Titanfall series. As well as rocket launchers to take the behemoths down.

Gaming Intel is the outlet that dug deep into the Apex Legends source code to bring the information to light. The Titan leak stems from two pairs of audio files that were found, with the first couple come from the game’s Host AI. One hears the host saying “Caution: Titanfall approaching battlefield” whenever an enemy calls a Titan down. The other occurs when you call for a Titan, and hears the Host AI state the classic line, “Standby for Titanfall”.

The other pair of Titan related quotes are voiced by in-game characters themselves. No quotes specific quotes were gathered, but one is cited when a Titan is destroyed on the battlefield and the other when a player spots a Titan.

The artillery currently accessible to players likely isn’t enough to take down the Titans that we’re familiar with. Thus, Respawn will also be adding rocket launchers into the game’s arsenal. The weapon won’t allow for attachments and will enter matches in the form of supply drops.

Supply drops are typically pretty rare, making the acquisition of rocket launchers an uncommon thing. Therefore, it’s only natural to believe that there won’t be too many Titans infiltrating the maps either.

This is the second leak to arise for Apex Legends courtesy of Gaming Intel this week. The outlet also broke news stating that a wall running mechanic would be built into the game in the near future. A mechanic that was utilized in Titanfall and Titanfall 2 as well.

Respawn has given no indication as to when wall-running, rocket launchers or Titans would be entering the mix. So it would be pure speculation to attempt to guess when, or if these things ever arrive. But with clear evidence that they’re in the game files, these things could be coming sooner rather than later.