Ashes of Creation MMO Hits Over $3M on Kickstarter 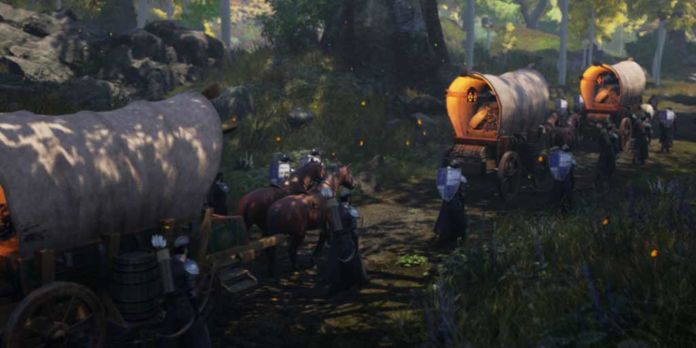 I know, I know — we’ve been burnt by over-hyped MMOs in the past, so any new MMO that gets announced is now taken with a big grain of salt. But, this time, it’s especially hard to not be excited about Ashes of Creation. 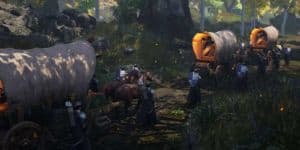 This morning, the team behind the highly anticipated MMORPG announced that their Kickstarter campaign has reached over $3M — $3.2M to be exact. This squashes their initial goal of $750K, and all over their Stretch Goals have been met.

“This is simply stunning. We cannot thank the fans of Ashes of Creation enough for their support. We promise we won’t let you down, and we’re absolutely thrilled to find so many like-minded gamers who want to see the MMORPG genre truly move forward.” – Steven Sharif, CEO and Creative Director of Intrepid Studios.

Intrepid Studios went on in the press release to tease that they will have some special announcements to make in the coming weeks, so we’ll be interested to see what more they have in-store for potential fans of the game.

For those who don’t know, Ashes of Creation has been on our radar here at Nerd Much? since its Kickstarter announcement. It has a lot of creative ideas we haven’t seen in MMOs yet before, including dynamic weather that will actually effect the game world, nodes on the map that will have specific resources to that region, and player actions that will actually have an effect on the game world (which was something we were expecting to see in the now-cancelled Everquest Next).

As a bit of a side note, we took a look into the average Metacritic rating of fully funded Kickstarter games, and saw that the average was a 70. We’ve been burned by so many Kickstarter games in the past, so it’s important to keep our expectations in check, despite the hype surrounding the game.

Stay tuned to Nerd Much for more on Ashes of Creation, as we’re going to continue to cover this one closely.

Previous articleAverage Metacritic Rating of Funded Kickstarter Games is a 70
Next articleRiME: How to Motivate Players with Curiosity in Games
Bobby Bernstein
Bobby is the co-owner of Nerd Much?. Bylines at Heavy, Den of Geek, HiConsumption, and More! Like his nerdtastic tweets by following @Thirstiestgamer on Twitter..