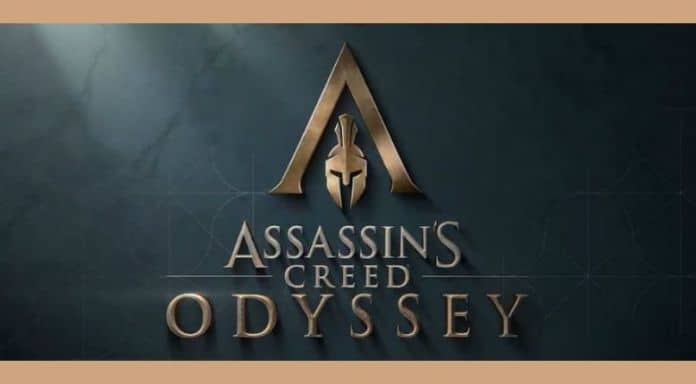 It’s been one hell of a leaky year leading up to E3 2018. The massive Walmart E3 leak of 2018 happened towards the beginning of May. Since then, many of the titles revealed in the leak have turned out to be true. And thanks to a rather unconventional source, it looks like another member of the list can be confirmed verified – Assassin’s Creed Odyssey.

Walmart didn’t specifically nail the name of the next game in the series. But they did create a new sku indicating a new entry in the franchise. Yesterday though, the French outlet JeuxVideo obtained a promotional keychain featuring a Spartan helmet with the logo for Assassin’s Creed Odyssey: 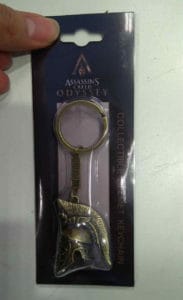 JeuxVideo went on to drop a few tidbits of information regarding the game. Their article was published in French, so bear with the rough Google translation of their findings:

“After many rumors about the next episode of the franchise, an internal source to the editor reveals to us in exclusivity two crucial information about it: its title and its time. An insider more than reliable and internal to the editor, has sent us in world exclusive the photo of an official goodie bearing the name of the next opus. So it’s Assassin’s Creed Odyssey that will be in the spotlight as ‘sequel’ to The Adventures of Bayek. The key holder in the form of a Spartan helmet leaves little room for doubt and that is why we can say that the action will most likely make us travel to ancient Greece in this episode.”

Once the cat was out of the bag, Ubisoft decided it was probably best to just embrace the early press for the game. They dropped a tweet this morning confirming we’ll be formally introduced to Assassin’s Creed Odyssey at E3:

See you at E3! pic.twitter.com/03NTPhCkCf

It’s interesting to note that JeuxVideo is claiming that Odyssey will be a sequel to the very well received Assassin’s Creed Origins. We’ll have to wait and see whether the French outlet is accurate on  that regard, Ubisoft won’t shell out those details until their E3 press conference on Monday, June 11th at 1:00 p.m. Pacific, 4:00 p.m. Eastern.