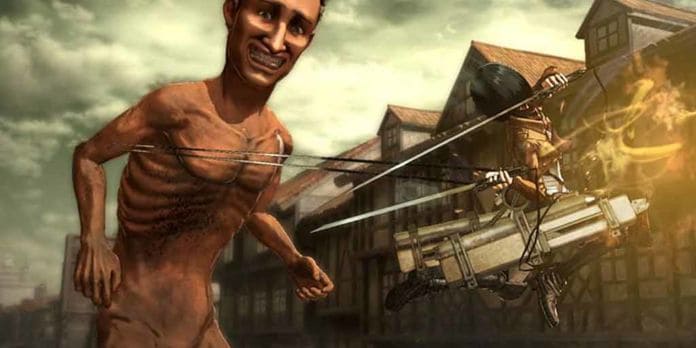 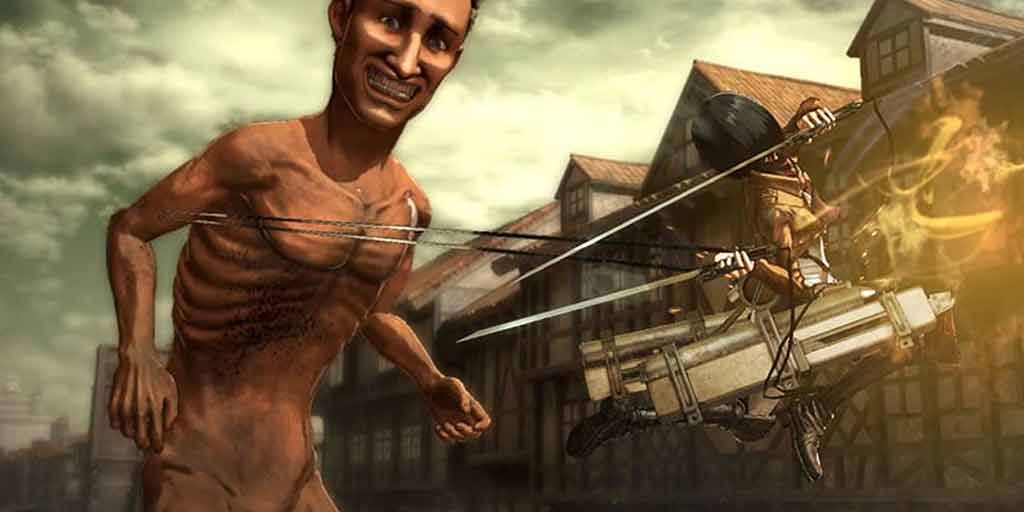 Back in 2013, Attack on Titan took the anime world by storm with its insane rise in popularity, dark storyline, and loveable characters. The popular manga depicted the struggle between human and giant human-like monsters called titans, who tower above the remaining cities, looking for humans to devour. Forming walls to keep them out, the humans fought back with military units designed to fight against the enemy. The series is full of plot twists and turns that kept the audience at the edges of their seats every week. However, the season ended with the promise of a sequel which has yet to be released.

At the time, many questioned when the anime series would see a video game after the anime ended. Some fans may even remember the fan-made browser game that was painfully difficult or the mediocre 3DS game Chains of Humanity. However, Wings of Freedom takes the series to a whole new level with a solid but somewhat-flawed game adaptation of the series. 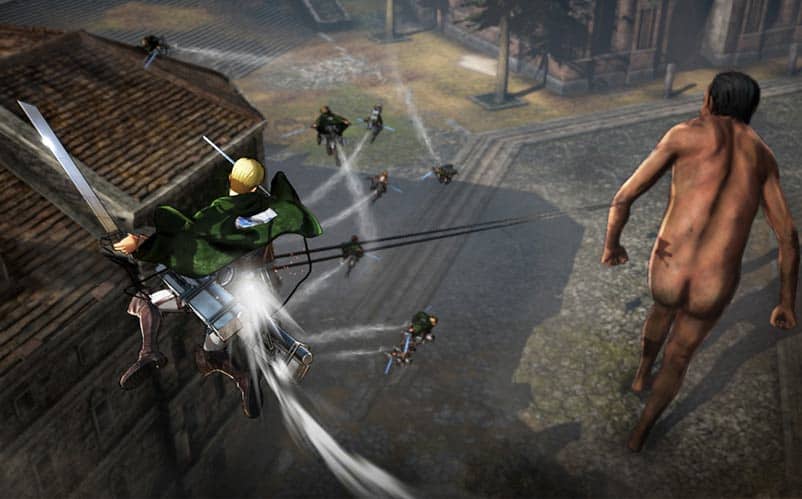 The story of Wings of Freedom is almost exactly like the anime, which is a good thing. We begin with the chilling scene of Eren and Mikasa encountering the Colossal Titan for the first time, as well as what happened a few years prior. We then go into the life of Eren, who joined the Military to destroy the titans who killed the ones he loved.

As stated above, the game follows the story quite closely, almost scene by scene. Those who haven’t watched the anime will get the entire story, why those who have finished can relive the entire thing all over again. The difference is the level of interactivity the player has in the story as compared to the anime. In the game, you actually have to fight the titans, which keeps things more intense. However, for those who just want to enjoy the story, the anime is a better choice. This is because gameplay can get a bit frustrating at times, which we will cover later.

One positive aspect of the story is that there is additional content both within and beyond the main storyline. For example, right in the beginning, just after training, you are allowed to go around the training camp and chat with your teammates. This brings another element into the gameplay that’s new and fun to complete. It’s not a large conversation system by any means, but it’s cool to see additional content that gives players a break from the main narrative that they already may be familiar with.

Another aspect of the story worth noting is the epilogue, which is completely new and unique to the game. This is unlocked after completing the main story, and fans of the manga will recognize some of the details from it. It’s really cool that the developers added in more story beyond what we saw on the screen, especially for those who haven’t read the manga just yet. Although the story is great, the one problem is getting there, which requires tedious gameplay and rescue missions. This goes for the entire game, which excels in storytelling, but falls a little bit short when it comes to gameplay mechanics.

After watching the anime or reading the manga, one thing any fan may have wanted to do is fly in the air in their maneuver gear. Attack on Titan for PS4 allows this, but it isn’t always as fun as you would expect. 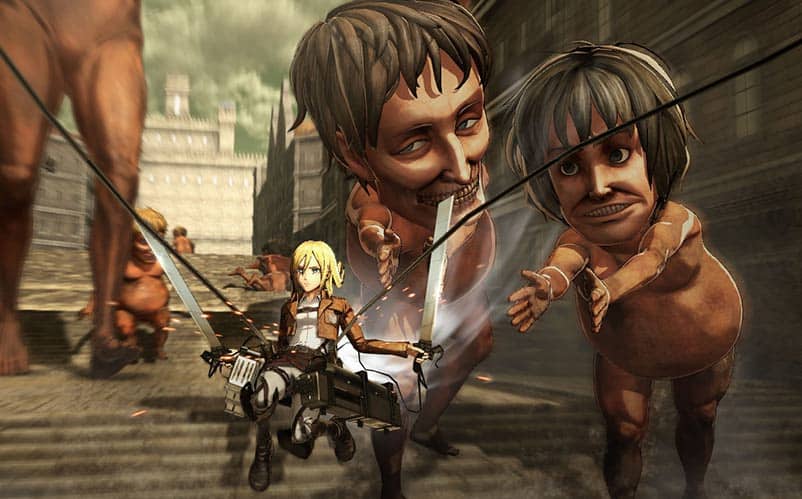 When you are in training, you will learn the basic controls of the game. This involves flying, hooking, and aiming your blades to the vulnerable spots of your enemy. Like in the show, hitting the back of a titan’s neck results in them evaporating and their defeat. However, it’s not that simple. The game suggests that you take out some of their limbs first before trying to aim for their nape. This is where it can get a little tricky.

Hooking your gear into the titan isn’t the hard part. The problem is trying to aim and getting enough speed to execute a successful attack. Many times I found myself dangling mid-air, unable to aim effectively. This can be very frustrating at times. It’s not easy to get “just right”,  especially at first.

The good news is that after the learning curve, the game does get easier. However, it also becomes very repetitive and slow. Many missions have the same objective: kill the titan(s). This is expected of the series, but it does get a bit old, especially during the epilogue. Sometimes taking one titan down can seem like forever, especially when trying to distract it. There could have been a bit more variety in the gameplay to make it faster, but it isn’t bad by any means.

However, does repetitive story missions/side quests  mean the game isn’t fun? Absolutely not. Wings of Freedom can be a really rewarding experience, especially for fans of the series. However, the gameplay controls are awkward to get used to and more, varying types of missions would be nice to get an even better experience.

There is also a multiplayer mode in which your friends can work with you to complete missions. This will make the gameplay a bit more fun, as you do not have to rely on NPC teammates to take down the titan for you. The AI is somewhat slow but still manageable. However, playing with more friends will mean more fun and replayability.

For an adaptation of an anime series, Wings of Freedom is pretty solid. The story is great, the visuals look incredible on the PS4 system, and it follows the story of Attack on Titan pretty nicely. However, the gameplay suffers a bit with awkward controls and somewhat lackluster missions. If you are a fan of the series, you will more than likely be very satisfied with this game. If you are unsure, wait until a sale to pick this one up.

Previous articleDon’t Breathe Review
Next articleLivelock Review
Emily Autenhttps://www.instagram.com/emcatcosplay/
Em is a writer and graduate student in Communications with a love for anime, video games, DDR, and the Persona/SMT series. She's also a cosplayer and enjoys hosting events and panels at conventions in her free time.