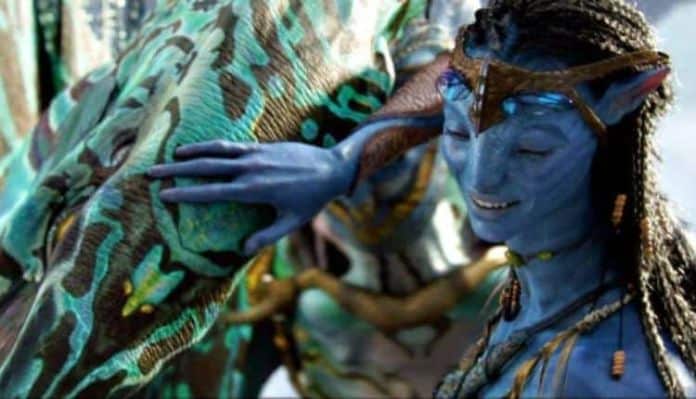 In an interview with Vanity Fair, James Cameron discussed a few more details related to his Avatar sequels. Apparently Kate Winslet has been cast for a role as one of the “Sea People, the reef people.” If you don’t already know, Winslet is famous for her role in Cameron’s Titanic, Eternal Sunshine of the Spotless Mind, and many a Shakespearean tragedy. 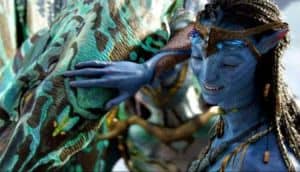 As to the Sea People, Cameron didn’t mention exactly how these people fit into the Avatar lore. Nonetheless, he’s already started filming with Winslet and she demanded “that she do all her own water work.” Winslet is thus currently being taught how to freedive and looks forward to the world Cameron has created. According to Cameron, Winslet is “very excited” for the role.

As to underwater filming, Cameron states that they’ve already managed a good 3 – 4 minutes of teenage actors holding their breath underwater. All the while acting too, as the dialogue underwater is actually “kind of a sign language.”

This is the first time Cameron has worked with Winslet since filming for Titanic, about 20 years ago. It will be interesting to see what the very talented actress does with the role, especially one so unique and not a little odd. It certainly isn’t often that underwater acting is so necessary, instead of a variety of film tricks to mimic the effect.

Despite the many flaws of Cameron’s Avatar, the director does have a lot of good ideas, even if they are not executed well. We don’t have high expectations for the sequels, as Nerd Mucher Bobby Bernstein states that “the awe and spectacle of the original Avatar film, would likely lose its charm with the sequels.”

Will underwater filming and Sea People be enough to bring people to Avatar 2? It seems unlikely, but the gimmick is there. Cameron will make the films look good, if nothing else. Avatar 4, however, is another matter altogether. Bobby is even less impressed with that idea because the world really doesn’t need four Avatar movies.

Previous articleBeer Advent Calendar 2017
Next articleGOgroove SonaVERSE UBR Desktop Soundbar Speaker
Rhys Pugatschew
Rhys found his love of gaming in Zelda and expanded to almost all genres. He will be bringing you the latest news in the industry. He has worked for ZeldaInformer and CheatCC, happily writing his opinions for all see!