Avengers: Infinity War Ticket Sales Are Out of Control

We all know that Avengers: Infinity War is going to be a box office juggernaut. But just how big of one is the question. According to a tweet from Fandango today, a really big one. 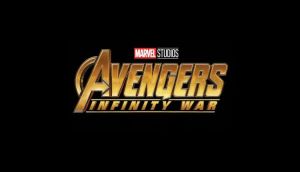 There are some heavy hitters in this list too. Black Panther, Thor: Ragnarok, Spider-Man: Homecoming, Guardians of the Galaxy Vol. 2 and Captain America: Civil War chief amongst them. Rounding out the last seven are Doctor Strange and Ant-Man.

Last week it was reported that Avengers: Infinity War was tracking towards a $200 million plus opening in the U.S. alone. Disney, however, is being a bit more modest with their outlook. Their insiders are predicting something in the $175 million to $200 million range.

Judging by how fast these tickets are selling, if you plan on seeing Avengers: Infinity War during its opening weekend, you might want to consider going ahead and purchasing those bad boys now. And then think to yourself, if Infinity War is doing this well, what kind of success will Avengers 4 have?

The movie was also just officially given a PG-13 rating from the MPAA which comes as no surprise. The MPAA cited “Intense sequences of sci-fi violence and action throughout, language and some crude references.”