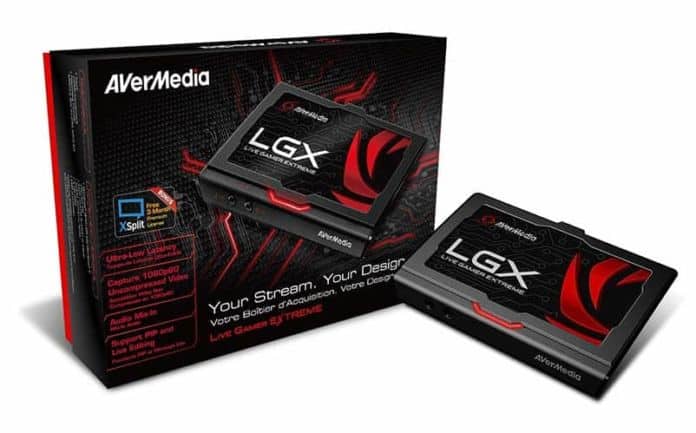 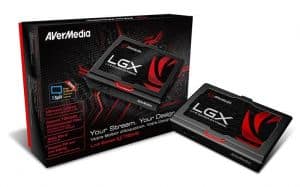 We’re always looking for the best way to capture our video game footage, whether it be for Twitch streaming or for making Let’s Play vids. It’s not like we don’t like the fact that we can record footage right from our Xbox Ones and PS4s, but we don’t LOVE it. Why? Because you’re limited in both recording time and quality, and streaming to Twitch directly from your console leaves a lot to be desired. We’ve tested just about all of the video game capture cards on the market, including Elgato’s HD60, Hauppage’s HD PVR 2, and AVerMedia’s Live Gamer Portable. Now, we’ve had a chance to check out AverMedia’s Live Gamer Extreme over the past two weeks, kicking the tires and turning the knobs to see what it’s capable of. Is the LGX the best game capture card on the market? (Spoiler: yes).

What’s in the Box

There’s certainly a lot to love about this small little capture box, and we’ll try to not leave anything out. It works with all of our HDMI-ready consoles, including the Xbox One, PS4 and Wii U, as well as PS3 and Xbox 360. But, I’ll first note that even though you’re getting a clear power upgrade here over the Elgato HD60, the device itself is only slightly bigger than what Elgato has to offer. The box comes packaged with the capture device itself, an HDMI cable, a quick guide, info packet, a USB 3.0 cord (which we wish was just a bit longer), a component cable, PS3 cable, and a 3.5mm cable. It also comes with a link to install the necessary drivers and RECentral 2 (AverMedia’s broadcasting software that we’ll get to a bit later) and Cover Creator (which allows users to create and print their own covers for the device, itself).

The actual device looks great. It has a simple, rectangular form that’s the length of any recent smartphone, with the thickness of a couple slices of bread; it doesn’t take up much space at all. On the front of the box, you’ll find two 3.5mm plugs, one for aux in and the other for mic in. On the back, you’ll find a USB 3.0 port, a component in port, and two HDMI ports, one outgoing and one incoming. You’ll also find a round screw that opens the clear window on top for you to slide in your own cover. The front also has an indicator light. That’s it — that’s all there is to the design of AverMedia’s Live Gamer Extreme. It is a simple-looking device that allows for an added bit of flare with the ability to customize the cover image. 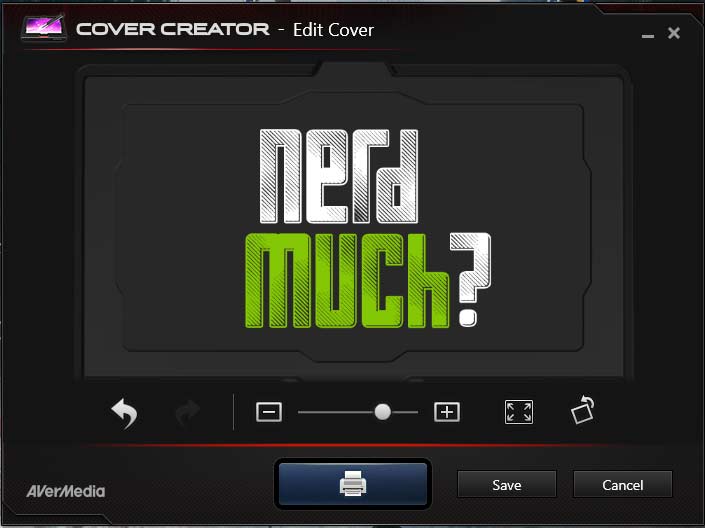 I’ll quickly note that the Cover Creator gets the job done well-enough, but there are no bells and whistles. If you’ve already got a large graphic ready to go, maybe one that you created with Photoshop, then you’re good to go. But the included software doesn’t offer any tools to actually create an image to use as your cover; you have to have the image already made. That’s fine, as it’s likely that you already have your own image software if you’re getting into streaming (because it’s basically a necessity to have some form of graphics software).

As far as the RECentral 2 software is concerned, it allows you to both record local footage and stream your footage to Twitch, Youtube Live, Ustream, or any other RTMP service you might use. The software allows you to stream at 1080p at 60fps, and there are plenty of tweaks and settings available to get the right quality for your internet connection type. Like other similar software, you’re able to easily add overlays and webcam feeds right to your streams and videos, and you can resize them all right on the screen. RECentral 2 is a surprisingly feature-rich free solution for those who don’t already use XSplit. Oddly enough, our AVerMedia game capture card came with a 3 month license for XSplit, as noted on the retail box.

The biggest issue we had with using RECentral 2 was the inability to live-edit video while you’re streaming, which you simply can’t do using the software. However, you are able to edit while recording locally. That being said, it’s virtually the software’s only noticeable caveat.

Getting the LGX up and running on our Windows 10 desktop was a breeze, and in minutes, we were all set up and ready to tinker with the software. We kicked the tires in a few different ways. We tried a variety of combinations between console used, resolutions, and software used to determine which software worked best with the device. Our best results came when using the Live Gamer Extreme with OBS, as we noticed virtually no lag when playing and even recording Street Fighter V from our PS4 right through the OBS window. Seriously, without hooking the LGX up to an external monitor for our tests, we had no problems keeping up against our opponents in SFV, not losing a single step while playing through OBS.

Recording local footage at 1080p60 video from our Xbox One (we chose one of our favorite games of 2015, Ori & The Blind Forest (the Definitive Edition, to be specific) resulted in stunning quality video. You can see the video below, and please note that we didn’t tweak any of the settings; we just plugged everything in and recorded.

For USB 3.0 speed, virtually no latency game preview, and uncompressed video capture, the AVerMedia Live Gamer Extreme is the best choice on the market. Recording at 1080p and 60fps has never been easier, and you’ll be up and recording or streaming to Twitch in virtually no-time. Although the included recording software, RECentral 2 has a few minor limitations, it isn’t enough to deter us away from recommending this great capture card for those who simply want their footage to be of the best quality. It’s an expertly crafted device that is as simple to use as it is powerful, and it’s the most powerful USB card on the market right now.