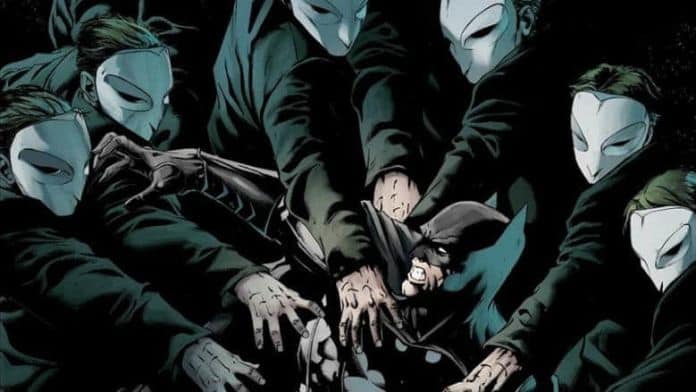 While many folks are keeping their fingers crossed that the rumored Rocksteady developed Superman: World’s Finest game will be unveiled at the Game Awards Thursday, WB Montreal is attempting to steal the spotlight with a rumor of their own. An assistant producer at the Canadian studio posted an image to Twitter last night teasing a possible Batman Court of Owls game.

Back in late 2015, WB Montreal posted a job listing that confirmed the existence of 2 AAA titles that would be “focused on expanding the DC Comics universe in the interactive space.” It was then confirmed in October of this year by WB Games Montreal’s Senior Game Designer Osama Dorias that not one, but two DC titles were in the works within their studio.

WB Montreal has familiarity with the character as they developed 2013’s Batman: Arkham Origins while Rocksteady was busy with Batman: Arkham Knight. Origins wasn’t quite as revered as the core Arkham titles. But it was a solid prequel that ended up settling at a 76 on Metacritic.

As for the source material, a Batman Court of Owls game would take inspiration from its comic counterpart that initially debuted within The New 52 in October 2011. The Court of Owls is a crime organization that operates as puppet masters of sorts from the shadows to Gotham. The conspiracy group has controlled Gotham City for centuries utilizing their wealth for power and political influence.

The organization is also known to kidnap child circus performers and trains them to be assassins. Known as Talons, these minions are then dispatched to do the Court of Owls’ bidding.

WB Montreal did come out and confirm that there won’t be a reveal for the Batman Court of Owls game for some time. Stating that no, the studio will not be going anything off at this year’s Game Awards:

… We’re not doing the glamorous part of the job just yet. We’re headed down to meet with our WB partners and showcase the team’s hard work and share our excitement. I know how anxious the fans are to hear something… Please be patient! (2/2)