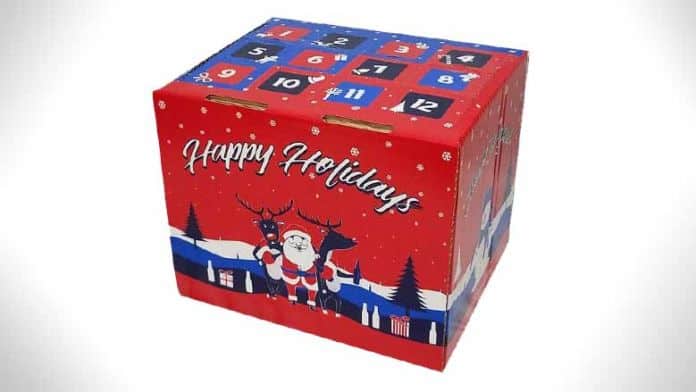 We’re always trying to find ways to make the holiday season even better. Every year, we’ll deck our halls with all of the nerdy Christmas things we can find, pick up all of the Christmas garb we can, and consume our egg nog lattes as much as humanly possible before they disappear until the following year. This is all part of the holiday tradition, and we’re always looking on ways to make the seasons even brighter. Now, we’ve found a new way to do that with the Beer Advent Calendar from Givethembeer.com. 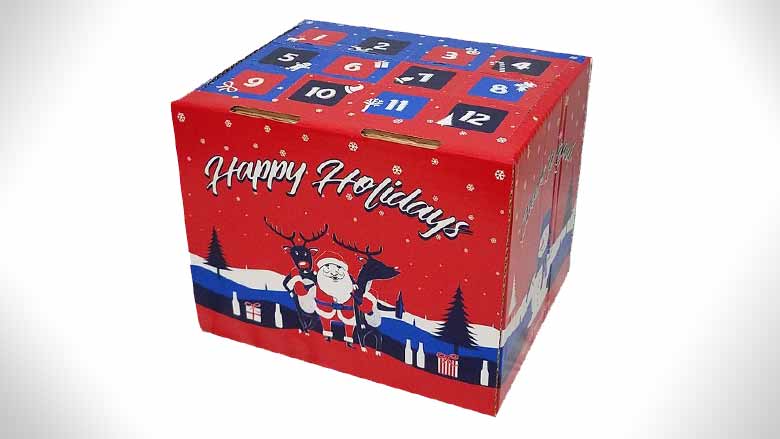 As beer drinkers, our interest is always piqued by gifts involving beer, and we think this beer advent calendar makes the perfect addition to your yearly festivities. It is a 12-day countdown, featuring 12 highly rated craft beers that you can open every night leading up to Christmas. The mystery of what craft beer is behind each little door is what makes it such a fun idea, because it doesn’t feature run-of-the-mill brews you can find just anywhere. It’s filled with craft beer that you might (or might not) have in your area.

We received one of these on our doorstep on Wednesday for review purposes, so we opened each compartment to see what sort of beer to expect. We’re not going to tell you exactly what brews were in it (because that’s half of the fun in getting one, yourself). However, know that I’m a well-seasoned beer drinker and approve of the majority of the brews that were contained in our advent calendar. There was only a single super common brew in the package, but I’ll note that it is a highly-rated beer, so I can’t really complain all that much.

For the record, you can find exactly what beer is included right on the GiveThemBeer site, but we figured we wouldn’t spoil the surprise.

This advent calendar is a great way to countdown to the biggest holiday of the year, and if you have a craft beer snob in your life, we highly recommend adding a little cheer to their season.