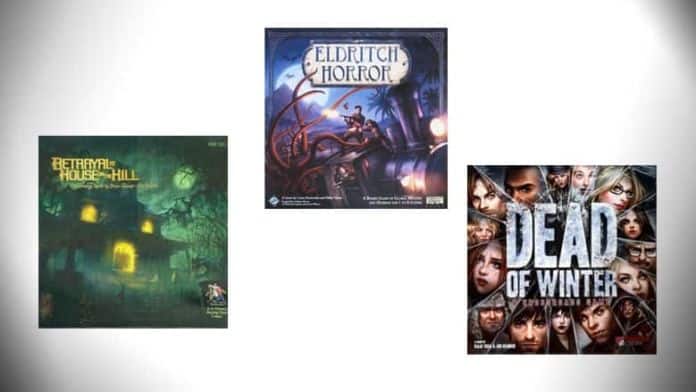 Here’s the list of the best horror board games available in 2020:

The Bloody Inn
Buy it on Amazon

Bezier Games One Night Ultimate Werewolf
$24.56
Buy it on Amazon

Previous articleThe Best Skater XL Mods: An Essentials Guide (July 2020)
Next articleBack to the Future Hoverboard Doormat
Peter McPherson
Peter is a writer, reader, and board gamer from Upstate New York. Board game design consumes most of his time and brain, and he enjoys making his friends and family test his latest prototypes. He and his girlfriend run a book review blog at litlens.org, and he can be found on Twitter @PeterLMcPherson.