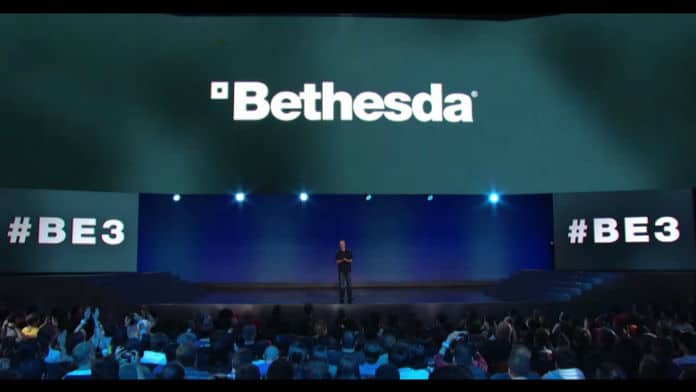 While other publishers have declared that they are not coming to E3 this year, Bethesda took some time out of their busy day to announce that they indeed will be. Confirming the studio will continue on with their now annual E3 press conference.

Start speculating! Refresh @WalmartCanada. Most importantly… save the date! #BE3 is coming on Sunday, June 9th (5:30 PM PT).

More details — including registration — are coming soon. Can't attend? We will be streaming the whole thing live! #E3 https://t.co/6No81maSXz pic.twitter.com/EIMQjznqsT

Within Bethesda’s E3 press conference announcement, the studio hilariously threw shade at the @WalmartCanada Twitter account. Last May, Walmart Canada’s website prematurely posted numerous titles on their site ahead of their official unveiling. This was the first time that the world had heard anything about Rage 2 being in development.

The Bethesda E3 press conference will take place from Los Angeles on Sunday, June 9th at 8:30 p.m. Eastern, 5:30 p.m. Pacific. For those that can’t make it, the briefing will of course be live streamed over the internet as well.

As for what Bethesda is planning to unveil at E3, we don’t know. It’s a pretty safe bet to assume they’ll spend some time discussing Fallout 76, detailing their plans on how their assuredly making it worth while.

We’ll likely see what MachineGames has been up to at the show. The Wolfenstein spin-off, Wolfenstein: Youngblood will probably be demoed. It puts players in control of BJ Blazkowicz’s and Anya Oliwa’s twin daughters, Jessica and Sophia Blazkowicz, 19 years after the events of the last game. We also know that MachineGames is working on a proper third installment to the series, so maybe we’ll get a peek at that as well.

Doom Eternal is in the works over at id Software. Perhaps we’ll a glimpse of that at the showcase. And if we’re lucky, Bethesda will roll out its new IP, Starfield, and tease us a bit with what their cooking up for that. Oh, and we could also hope for a glimpse of The Elder Scrolls 6. But that game, like Starfield, is supposedly still years away.

We’ll see if we get any Walmart Canada level leaks in the coming months, or we can just be excited for Bethesda to reveal things at their show. Interested in the other things going down at E3 2019? Checkout Nerd Much?’s centralized hub right here.