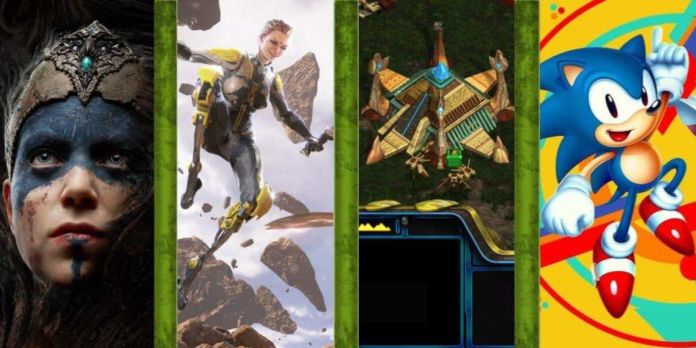 The longest month in the summer is finally coming to a close. With all tornado warnings in my region, August could not be a better month to stay inside and play some fantastic games. 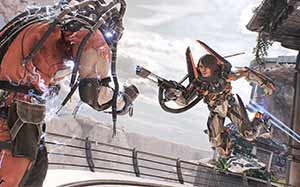 August is loaded with highly anticipated games this year, so we’ve put together a list of our top games coming out during the month.  Whether you’re into fantasy or taking down the enemy in the coolest way possible, there is a game for you here. There is even a horror game on this list, which almost NEVER happens in August. So, break out the Mountain Dew and let’s get down to business.

Here are the top 9 must-play games coming in August:

Preorder it on Amazon.

From the developers behind one of my all-time favorite games (Enslaved: Odyssey to the West), comes Hellblade: Senua’s Sacrifice. The story is centred around Senua, as you might be able to tell by the title of the game. She is a Celtic warrior during the Viking age on a mission to bring her dead lover back.

But it won’t be a walk in the park. As one of the most classic narratives, Sanua must journey through Viking Hell to save her lover’s soul. Though the lore for Hellblade may be most inaccurate, the heart of many classic Greek and Norse tales are here to enjoy. As such, make sure you don’t look back during this game, or Senua’s precious lover might disappear altogether.

It’s the interesting concept behind Hellblade that makes it one of our must-play August games.

LawBreakers is a multiplayer FPS that supports the kind of anti-gravity environment we used to find Call of Duty games. It’s all about your jetpack. And this time, attacks can come from all angles. The maps reflect this mechanic, using as much verticality as the player can think to use to their advantage.

Your play style depends entirely on what character pick from the roster. Each character will be endowed with a variety of abilities like grappling blades, healing drones, time dilation, and teleportation.

The goal during each session that we’ve seen thus far, is to capture a battery-like object that you must take from the opposing side’s area to your own, and then you must guard it while it charges. Once it is finished charging, your team wins.

Do you think that LawBreakers will manage to shine above other multiplayer FPS games?

The game we’ve always wanted to be remastered has finally arrived! Coming back all the way from 1998, StarCraft is the real-time strategy game that had made gaming history. Made even more popular by eSports, StarCraft is now in 4K ultra-high-definition with brand new re-recorded audio. The gameplay remains unchanged from the original, for better or worse, with Blizzard’s modern suite of online features.

These include a much improved matchmaking system and cloud saves. StarCraft certainly looks much improved with this remaster, and developer team surely worked to make sure every detail was as optimized as possible. Playing this game will be a walk down memory lane for a lot of fans, or perhaps an introduction to greatness for brand new players.

Always trying to capture the feeling of the first few Sonic games, Sega will be launching Sonic Mania. Made in a similar pixelated 2D style of the older games, Sonic Mania has all new levels, zones, and bosses. You’ll even be able to choose from three of your favorite characters: wall-climbing Knuckles will be back, along with helicopter Tails, and the amazingly fast Sonic.

Additional brand new features, which fits the Switch perfectly, are the multiplayer modes. There are two, the first is Competition Mode (presumably the online version), and Co-op Mode (hopefully they mean couch co-op and no LAN). Will you be racing to defeat Dr. Eggman with this one?

The DLC that totally isn’t Uncharted 5 and acts as a standalone from the main series. The Lost Legacy expands on a character we last saw in Uncharted 3, Chloe Frazer. She journeys with Nadine Ross across the mountains of an India in the midst of a civil war to find the Tusk of Ganesh.

Navigating their way through a war is only one of Chloe’s problems though, as Nadine is the notorious mercenary antagonist from the previous game, A Thief’s End. The Lost Legacy will certainly stand out as a game without Nathan Drake, and a game with two female protagonists. Hopefully the game will be as progressive as that sentence sounds.

The ultimate union between Mario and Rabbids is finally here! It’s not the usual party game filly with mini games either, Kingdom Battle is a turn-based strategy game for all ages. Each level and area requires the use of certain tactics from the player, like demolition, laser beam guns, and grenades. You don’t have to play Mario either, the game features eight playable characters: Mario, Luigi, Princess Peach, Yoshi, and their costumed Rabbid counterparts.

With so many characters comes a two-player couch co-op – so feel free to hand off a joy-con to a friend and share in the fun. Kingdom Battle is sure to be a hit with fans of both franchises, especially as they kept the humor Rabbids are so famous for. Here’s to hoping that this August game can become the Switch’s next big title.

An indie game to look forward to if you are also a fan of We Happy Few (which we all know I am). Hello Neighbor is a stealth horror game that keeps you on your toes with an AI that learns. If you’re really into hiding in that wardrobe, expect to find a camera there next time. Or better yet, if this isn’t the first time you’ve climbed through a busted window, there will a bear trap there. The mission in Hello Neighbor is to find out exactly what your neighbor is hiding in his basement. There’s a hint of murder and not a little psychosis in the trailers, so if you plan on picking up this game, may the odds be ever in your favor.

Absolvers is an online multiplayer with a focus on hand-to-hand martial arts combat and later with weapons as well. Some of the most beautifully designed environments and characters after For Honor comes Absolver. You play the part of a Prospect, another word for trainee in this world, as you fight your way to the top. The more you fight other players, the more experience and abilities you will gain. If you get good enough, and maybe learn some handy tricks from a mentor, you too can join the ranks of the elite Absolvers. The rulers of the Adal Empire must first judge your skill of course.

Life is Strange: Before the Storm

August 31 will bring only the first episode of Before the Storm, with two more to follow at unknown dates. This game is a prequel to Life Strange and follows not Max, but her beloved Chloe Price. Before Max ever met Chloe, she was in a relationship with the later estranged Rachel Amber. Before the Storm explores this relationship and the events leading up to Rachel’s disappearance. If you pick up this game, be sure to choose carefully throughout the game.

For more on the hottest upcoming games, stay tuned to Nerd Much?. You can also give us virtual high fives on Twitter if you’d like.

Previous articleOverwatch League: How Do You Properly Name Pro eSports Teams?
Next articleTMNT Movie Raphael in Disguise 1:4 Scale Action Figure by NECA
Rhys Pugatschew
Rhys found his love of gaming in Zelda and expanded to almost all genres. He will be bringing you the latest news in the industry. He has worked for ZeldaInformer and CheatCC, happily writing his opinions for all see!