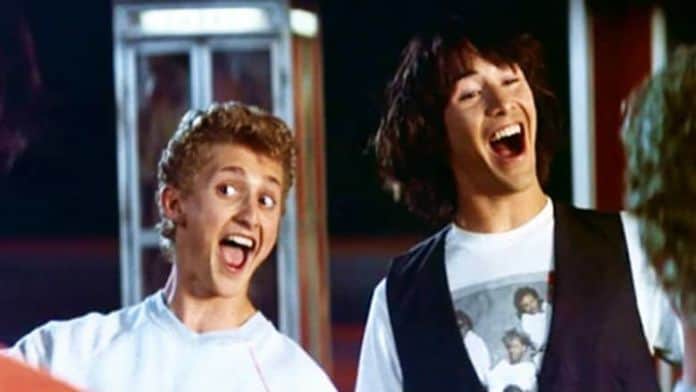 After teasing fans for years, the radical ones are returning. Bill & Ted Face the Music is officially happening. 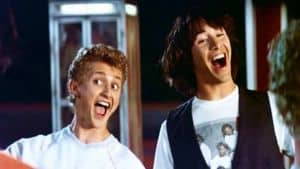 In a joint statement, Alex Winter (Bill) and Keanu Reeves (Ted) announced their excitement for the project. “We couldn’t be more excited to get the whole band back together again. Chris and Ed wrote an amazing script, and with Dean at the helm we’ve got a dream team!”

The Chris and Ed mentioned are the franchise’s original creators, Chris Matheson and Ed Solomon. Dean Parisot was also referenced by Reeves and Winters. He’s confirmed to direct.

It was 2010 when Keanu Reeves first indicated that Matheson and Solomon were working on a script for a third film. Later, in a 2014 interview with Yahoo! Movies, Alex Winter briefly described Bill and Ted as “40-something and it’s all about Bill and Ted grown up, or not grown up.” A few years later, Keanu Reeves was on The Graham Norton Show and fleshed out the third movie’s potential story:

Earlier this year, Ed Solomon spoke with Digital Spy regarding the uphill battle Bill & Ted Face the Music has had getting made:

“We have a script that we really are proud of, that we worked very hard on, that we’ve done many iterations of – and we did it on spec, meaning we spent years working on it because we wanted to get it right, creatively. This is not, ‘Hey let’s all cash-in on the Bill & Ted thing for money’ – this is the opposite. This is, ‘We love these characters, they’ve been with us for our whole lives’ – Chris and me, and Alex and Keanu – and we wanted to visit them again as middle-aged men. We thought it would be really fun, and funny, and sweet.”

It’s been previously stated that the time traveling Rufus, played by the late George Carlin, will not be recast. However, the script is said to have a role for Bill Sadler’s Grim Reaper.

There’s no word as to when filming would begin on the project or when MGM would be targeting a release. Bill & Ted Face the Music is currently being shopped at the Cannes Film Festival for international distribution.