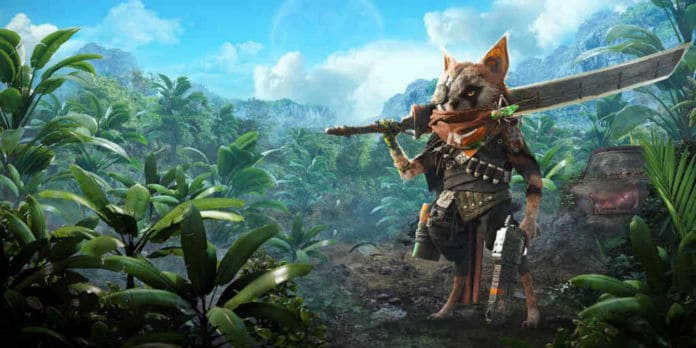 Stefan Ljunqvist, a developer at Experiment 101, made a lofty comparison for his team’s upcoming project when interviewed by The Wolf Hall.  Experiment 101 revealed their anticipated open-world action RPG Biomutant at Gamescom this year. Now, they’re comparing it to one of the year’s front runners for Game of the Year.

While Ljunqvist didn’t compare Biomutant to The Legend of Zelda: Breath of the Wild directly, he did specifically point out similarities to Breath of the Wild‘s most impressive feature – it’s highly explorable and vast open world.

Ljunqvist specifically mentioned similarities to Biomutant and Zelda‘s main objectives. In Biomutant, the main mission within the game is to venture to the center of the game’s world and cure the Tree of Life. Much like in Breath of the Wild in which your ultimate goal is to get to the center of Hyrule and destroy Ganon within Hyrule Castle.

The similarities in the two game’s structures run further though. In Zelda, after completing the game’s first few Shrines as tutorials, you can then venture wherever your heart desires in the world – including right to the final battle with Ganon (should you be able to make it). It’s entirely optional whether you go attack the game’s four Divine Beasts – the core bosses and dungeons of the adventure.

Ljunqvist cites inspirations other than Breath of the Wild within Biomutant. The world of Kung Fu Panda was mentioned and is evident in the world’s character design. And the free flowing shooting and melee mechanics of Devil May Cry were influential in combat.

Biomutant was an immediate hit upon reveal back at Gamescom. We’ll have to wait until it’s late 2018 release whether all of those meshing formulas come together as well as we hope. For now, it’s on our list of the hot games of 2018.