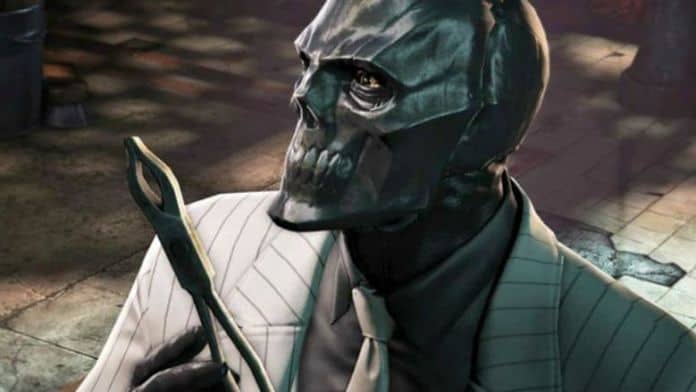 Warner Bros.’s DCEU Birds of Prey movie is chugging right along behind the scenes. The project is scheduled to begin filming next year, and it has just added Ewan McGregor to its ranks as the film’s villain.

McGregor will play Roman Sionis in the upcoming DC comic adaptation. Sionis is better known to fans as the Batman villain Black Mask. First appearing within Batman #386 in August 1985, the character is typically depicted as a ruthless crime boss who obsesses about collecting masks and enjoys sadistically torturing his enemies. He’s appeared in several Batman mediums including WB’s The Batman animated series and several of the Batman: Arkham games.

Birds of Prey will also see the return of Margot Robbie in the role of Harley Quinn. The other heroines that have joined the cast include Black Canary, Huntress, and The Question, played by Jurnee Smollett-Bell, Mary Elizabeth Winstead and Rosie Perez respectively.

The film is being directed by Cathy Yan with a script that was developed by Christina Hodson. Hodson was also hired to write a script for a potential Batgirl movie, but it looks as though progress has stalled on that DCEU project.

It’s possible that Batgirl may also be featured within Birds of Prey. Cathy Yan recently spoke to a crowd at the U.S.-China Entertainment Summit and teased that Cassandra Cain will be in the film. Cain is one of the characters from the comics that takes on the mantle of Batgirl.

During that same summit, Yan confirmed that Birds of Prey will be an R rated take on the property. Which should provide Ewan McGregor’s Black Mask with plenty of flexibility to flex his sadistic muscles.

Warner Bros. and DC plan to have Birds of Prey go before cameras beginning January 15th. The movie is then scheduled to hit theaters on February 7th, 2020.