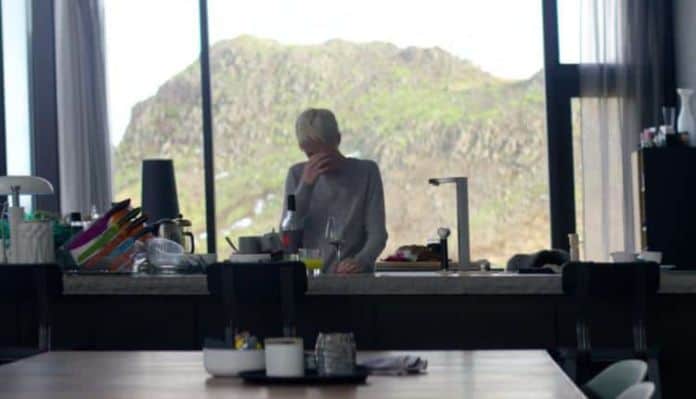 “That cursed beast liked the taste of me so well he’s followed me ever since, licking his chops for the rest of me.” – Captain Hook, Peter Pan (1953)

The third episode in Black Mirror‘s fourth season is titled Crocodile and it can be accused of simplicity. Technology is not so much the focus as the background tool, not unlike a lightbulb or indoor plumbing. This puts the episode at somewhat of a loss, as there is no great twist here, only bad decisions followed by worse decisions.

The episode begins with a woman, Mia Nolan, and her partner dancing at a rave, clearly very high and very drunk. They’re generally having a lot of fun. The next morning they are seen driving back to wherever they came from, presumably a larger city.

They are both still inebriated and smoking a joint. Both are having a generally good time being cute with each other and passing the joint back and forth, until, suddenly, they hit a cyclist – they hit him fast too; the driver did not see the car until he bounced off the windshield.

The driver, Rob, stops the car quite a ways from the incident. It takes both of them a while to get over the shock enough and get out of the car. They check on the cyclist but of course, he’s very dead with ever limb broken. Rob decides that the better idea is to hide the body in the nearby lake and get away scot-free. Mia protests this but Rob quickly convinces her under the threat of future jail time. Thus, they put the cyclist in a sleeping bag, throw some rocks in, and toss the body into the lake.

We then cut to Mia rehearsing a speech, years later. She’s clearly made a life for herself, now an architect with a husband (not Rob) and son. Everything goes fairly smoothly until Mia is back at her hotel and Rob shows up. By their conversation, you can tell they haven’t spoken much in quite a few years and Mia is less and less interested in Rob’s life. Even more so when he brings up the cyclist incident.

Rob pulls out a news article about the wife of the cyclist, and tells Mia he’s going to write a letter to the wife. He wants to make amends, wanting to tell the wife everything that happened. He tries to assure Mia that he won’t mention her, but she is already panicking. She won’t risk the life she’s built over one very bad mistake in the past. 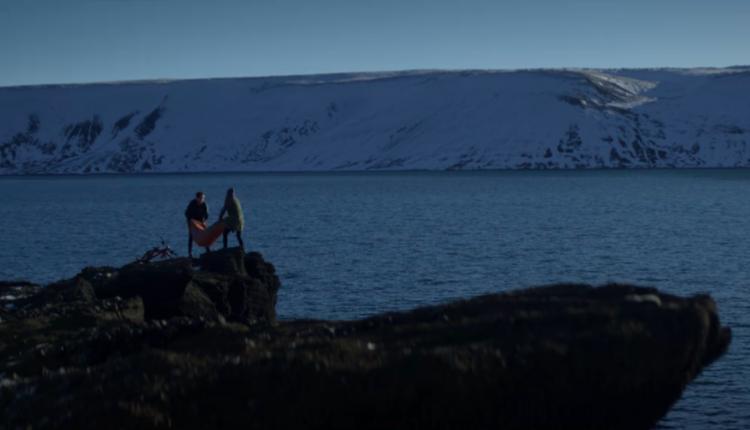 Needless to say, the panic and desperation drives her to kill Rob. Mia hides the body, and dumps it into some kind of vent with very hot liquid inside. Whatever it is, it steams and the body sizzles when it hits the liquid. (Given that this episode is filmed in Iceland, it might be a geothermal station, which would make that liquid very hot water from beneath the Earth’s crust).

You’d think it was over at this point, but a rather tenacious insurance agent is investigating an unrelated car accident with an instrument called a recaller. This is a device that can be attached to a person and it will send that person’s recollection to the receiver, making them visible on a screen. This screen shows what a person has seen (or, at least, their version of what they’ve seen). In this case, the agent asks a few leading questions about the car accident, and the screen shows the memories as though they were movies.

The agent’s investigation eventually leads her to Mia, who had watched the car accident from her hotel window. Mia, realizing that this occurred not long after she murdered Rob, is hesitant about the agent using the recaller on her. Mia eventually consents, however, in her attempt to look less guilty. The recaller seems to be focusing on the car accident until Mia’s mind betrays her and she thinks of killing Rob that night.

This continues the spiral of murders in order to cover Mia’s tracks, in hopes that no one will find out what the insurance agent was able to. Mia kills the insurance agent, then venture’s t her home to kill the agent’s husband, and their baby. 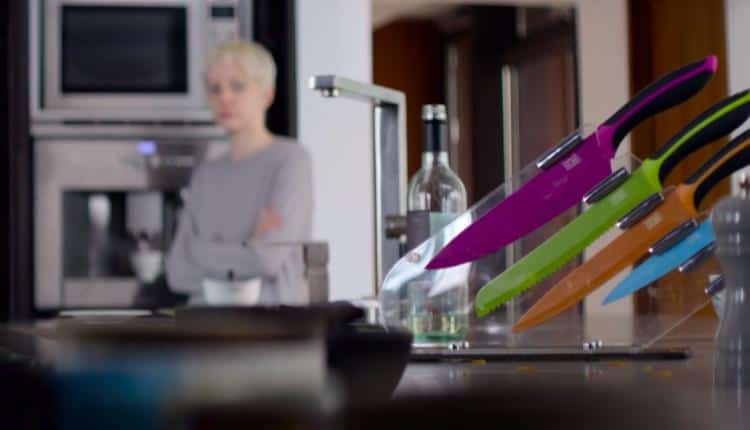 Now, this episode addresses a few things. The most obvious being, don’t drink and drive. The standard message that has been told to us since grade school. It is neither new nor a particular grey area. It is literally against the law in most of the world over, we’ve already decided as a species that driving while inebriated is intensely dangerous to both the driver and the other people on the road.

But in typical Black Mirror fashion, there are other ideas to chew on. The real questions here are “how far are you willing to go to protect the security of your life” and “should recallers be a thing?” The first is skewed by Mia and Rob’s actions at the beginning of the episode. If they hadn’t been intoxicated and driving at the same time, Mia would never have been driven to murder, much less the murder of a child.

Had the episode removed their intoxication, made the death of the cyclist an innocent accident, and they still decided to hide the body, then and only then would their actions have been remotely grey morally. At that point, prison wouldn’t have been a sure thing and it would have been plain dumb to hide the evidence instead of trying to own up to the situation.

That said, if we do take away the intoxication and everything else remained the same, it might be a little easier to see Mia’s reason for killing so many people. Some people would sacrifice a lot just for a normal life, something we saw in Fifty Million Merits episode from season 2. Even when there is something very wrong with the entire society, it is easier to conform and keep your head down rather than admit you have deviated from the norm in someway – by murder or by rebellious speech. However, one of these is not like the other. Murder is a much more grievous offence than rebellious thought or speech. 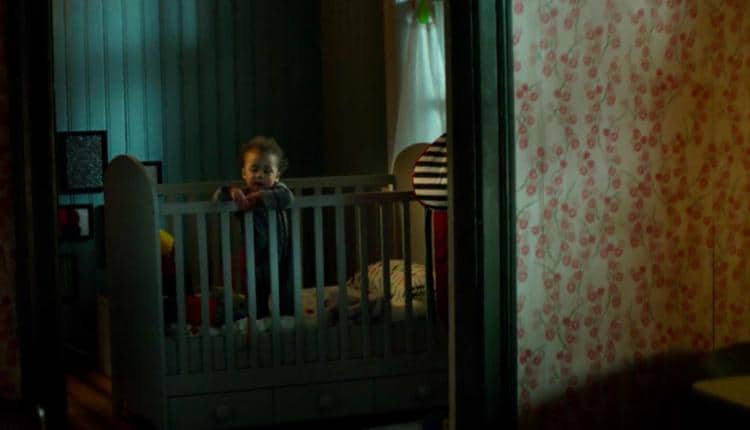 As such, it is difficult to see what ‘Crocodile’ was trying to get across beyond “don’t drink and drive.” There is the technology of the recaller, laced in the background of this episode. Instead of possessing some kind of dark twist or cost, the recaller simply exists in this episode as a tool to be used in the context of Mia’s case. Unlike ‘The Entire History of You’, we do not see the recaller taken too far. Instead, the episode is painted as faulted by the recaller. If the technology didn’t exist, than Mia would never have murdered anyone.

This seems like a bit of a stretch of logic. The recaller does nothing more than a skilled policeman (though probably not an insurance agent) would manage. Granted, the recaller does it with more ease and accuracy, but the point remains. The episode never presents a situation where the recaller would be a bad thing, it does not inherently force Mia to murder anyone, much less a child. Mia goes way too far for one drunken mistake in her youth.

As such, if a crocodile does haunt you, it might be best to confess and hope that you come out of the fight alive. Do not let it enjoy the taste of you.

Previous articleThis Rick and Morty Mug is Ridiculously Cool
Next articlePUBG’S Xbox One Patch Now Live (Details)
Rhys Pugatschew
Rhys found his love of gaming in Zelda and expanded to almost all genres. He will be bringing you the latest news in the industry. He has worked for ZeldaInformer and CheatCC, happily writing his opinions for all see!