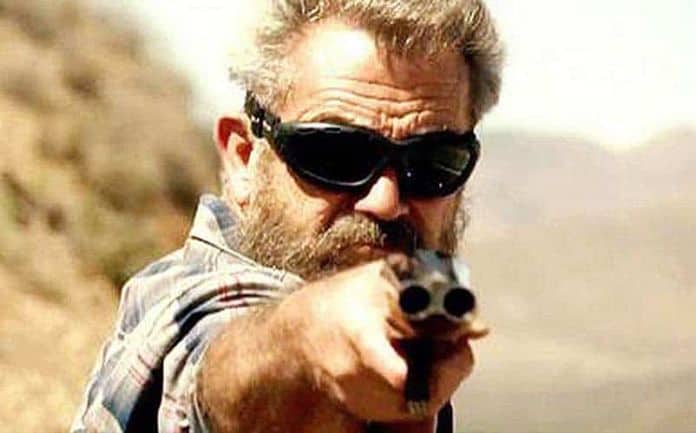 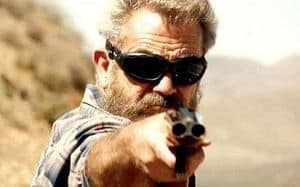 When it comes to film, it’s safe to say that there are a few rules your characters should follow if they have any chance of surviving till the credits roll. Don’t investigate the strange noises, stop assuming the aliens are going to be friendly, and most of stop endangering family members of Mel Gibson.  This rule is of course broken in director  Jean-Francois Richet’s action/thriller Blood Father. This is a film that has a more down and dirty approach to the way it’s designed, with much of the moments traversing into the famous “dark and gritty” territory Hollywood has had a love affair with since Batman Begins. Thankfully, Blood Father manages to dodge some fatal gunshots throughout its conservative 90-minute runtime. However, that doesn’t mean a few of the shots don’t graze their target.

Blood Father follows the story of parole and recovering alcoholic Link, whose estranged daughter Lydia (Erin Moriarty) has made enemies with the wrong cartel members. After an early shootout between Link and the gang members,  our two protagonists need to go on the run so they can avoid going to jail and the high chances of their death that come along with it. It’s a fairly straightforward plot, but it helps keep the action and thrills moving along. This is the best thing going for Blood Father as the pace refuses to slow down once it’s begun and  Richet does a fantastic job of balancing the mix of tension and heartfelt moments needed for a story like this.

At the heart of this story is the relationship between Link and his daughter, one that feels genuine and truly heartfelt in moments. They aren’t perfect people at all, but the sheer sincerity in some of their actions helps establish depth between them. It also helps that both Gibson and Moriarty perform their roles admirably, but it’s Gibson’s Link who truly steals the show. His character has a truly warped backstory once the cards are laid out and while you should despise him for his past, there are parts of him that you just want to root for. A lot of this plays into the twisted dark humor lacing throughout Blood Father, with punch lines ending in gunshots rather than physical comedy. Not everyone will find it funny, but this help balances Link’s character out and makes him more endearing. 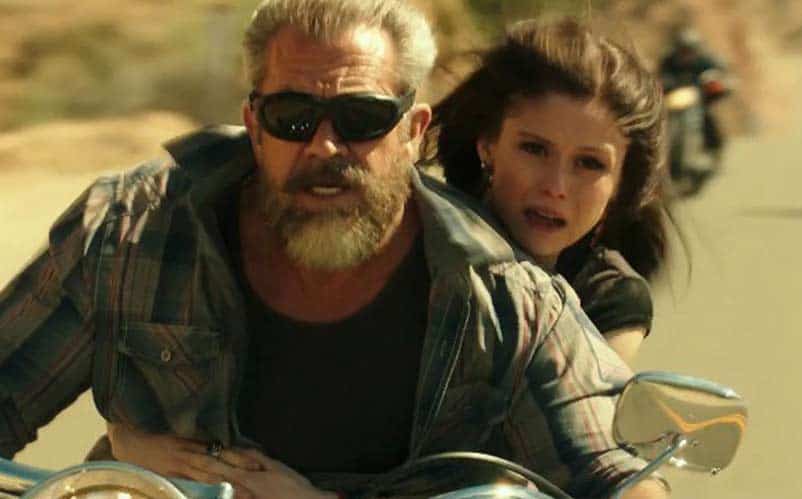 Moriarty does a good job with her role as well, as the vulnerability she portrays in scenes is quite familiar. In the end, she’s just a teenager making stupid choices, but none of these decisions feel forced for the sake of plot convenience.  While her character may, and most likely will, upset some people I found the idea of her being more grounded better for the plot. In a movie where Mel Gibson is playing a more unhinged take of Mad Max, Lydia is a character that’s desperately needed to the plot for the sake of balance. Not only does it achieve this, but also gives the central narrative a strong emotional driving force.

Sadly this cannot be said for the villains who range from could be interesting to downright generic. In a movie where both main protagonists feel fully flushed out, it’s a shame to see that the bad guys did not receive the same sort of treatment. Most of the main henchmen are one note, offering nothing more than the stereotypical gangbanger we’ve seen in hundreds of movies. If Blood Father didn’t go out of its way to name them, their characters would fade into nothing more than the background. This is made even more obvious since there’s really only five bad guys in the entire movie, which normally would open a script up more to exploring these characters.

This is especially true for the ring leader Jonah (Diego Luna) who actually had a relationship with Lydia in the beginning of the movie. See, this is an interesting angle as the love between the protagonist and antagonist could have added much-needed depth and more meaning to the final conflict. However, the character is not utilized properly when he’s on screen, making the big reveal around him far less impactful. Given how Lydia drones on about their love for the latter half of the first act, it’s a shame we are never given the other person’s perspective to this entire debacle.

The pacing for Blood Father is hit and miss at times, with the ending feeling far more rushed into than it needed to be. Given that the first and a large part of the second act have a slow burn to them, the choice to kick the film into overdrive midway is quite jarring. Now it’s not that the scenes were bad, as each one as an individual were well staged, acted and choreographed, but when all put together the film is a bit of a mess. There are moments where you think certain characters will be flushed out more only to have the script zip by them and almost never remark upon them again. It’s a set piece film, whose main focus is the driving action rather than how we build up to those said fight scenes.

Overall, though, Blood Father was a rather enjoyable movie thanks to the great acting, dark humor, and fun action moments that make up the majority of the film. While the first half and second half do feel disconnected, it’s never bad enough to truly weigh the story down. Sadly, the villains are just not up to the caliber of the main cast and fade into obscurity even when they are supposed to be relevant. However, if this movie reinforced any idea it’s to stop bothering Mel Gibson in the middle of a desert.

Previous articleMovie Critics vs. Fans: the Great Divide and How to Fix it
Next articleSausage Party Review