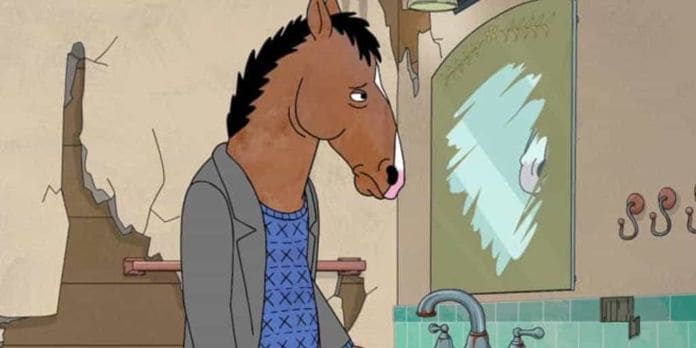 Netflix’s original comedy, Bojack Horseman has been known for its dark humor interlaced with animal puns, quick quips, and the occasional commentary on current events. Its fourth season, which was released on Friday, September 8, went for raw emotion and a painful window into the human experience.

Think This is Us, but with humanoid cartoon animals. This season of Bojack is psychologically smart, relatable, and just damn sob-worthy.

Spoilers ahead. I highly recommend watching season 4 in its entirety before reading this article. You will want to experience it with a fresh mind.  Grab some tissues and comfort food.

Intergenerational Transmission of Trauma in the Horseman/Sugarman Family

Throughout the progression of the first three seasons, the title character, Bojack Horseman is a disturbing portrait of existential dread, depression, and substance abuse. In season four, we begin to see why in a way that Bojack never will, and it’s nothing short of intense.

The concept of intergenerational transmission of trauma in psychology states that adverse experiences in one’s own life and particularly in early childhood are often repressed and unprocessed consciously, but are expressed through the way we interact with others, particularly our children. There is nonverbal  level of anxiety or unresponsiveness in parents that is perceived by children, and from which children learn to interact in relationships and with their world.

Quite simply, the devastating losses that adults are unable to mourn are inherited by their children in ways the family is unable to fully understand. 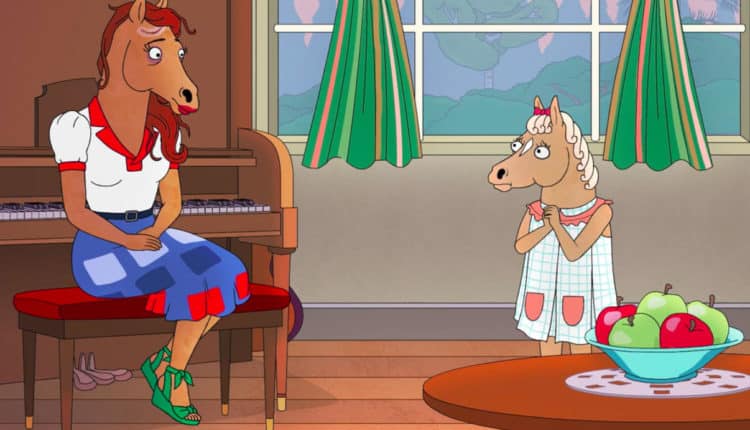 We see this in several flashbacks of Bojack’s mother, Beatrice Sugarman’s childhood and adolescence. She is forced to burn her childhood toys at a young age due to an outbreak of fever. Her brother is killed in the war, and her mother, unable to process the loss, is lobotomized. She becomes pregnant by mistake and marries a man she hardly knows, who is later unfaithful and impregnates the maid.

The cycle of neglectful and invalidating parenting continues as well. We see Beatrice berated by her father about her weight and appearance, and neglected and put in harm’s way by her mother. We later see Beatrice’s resentment for young Bojack. She complains that Bojack is not “worth it.” She counts on this new relationship with Mr. Horseman and their baby to carry her trauma and destroy her pain. Bojack is unable to do that, as any child would be unable, and she resents him for it.

We never see Bojack have any children of his own, but we do see him take on a fatherly role with two young girls, Sara Lynn and Hollyhock. With both he is inevitably invalidating, inappropriate, and neglectful. He uses his impact on these young women to give his life meaning, and is devastated when they do not cure his depression.

We also see the intergenerational transmission of body image issues here in this Netflix animated series. Beatrice Sugarman’s mother is a typical trophy wife- she is beautiful, and expects her daughter to be the same. Beatrice’s parents are constantly commenting on her weight, and her father tries to use her as a bargaining chip to form business alliances. Bojack suffers from body image issues too- we see him binge eating and then feeling shame about it later. When we get a glimpse into Bojack’s thoughts (more on that later) we hear him repeatedly referring to himself as fat. Later, we see Hollyhock suffer from the same fate.

Hollyhock shares that she feels like a “blob” compared to the women on Bojack’s reality show. Bojack reinforces this by suggesting that the intern Hollyhock dates could never truly be interested in her because of her weight, and Beatrice secretly sneaks Hollyhock diet pills, which lead to her overdosing and having to be hospitalized.

This is probably one of the greatest and most realistic portrayals I have ever seen of the intergenerational context of depression and trauma in television, and it came interlaced with animal puns and performing dentist clowns.

Depression in Bojack and Hollyhock

Following up with Bojack’s depression- one episode in particular gives us a view into Bojack’s thought process itself, which is filled with destructive negative self talk. Bojack’s inner dialogue is exhaustingly self-critical, self-loathing, and over-analyzing. He displays many negative automatic thoughts- making a negative situation out of an otherwise neutral one such as running out of milk.

This raw look into the negative self-talk associated with depression and anxiety is becoming somewhat of a trend, which is honestly pretty cool, and disgustingly relatable. The first time I saw something like this was in the CW’s Crazy Ex-Girlfriend, in a song called “You Stupid Bitch.” The point of the song is a cabaret style show tune with lyrics based on what Rachel Bloom says to herself during an anxiety attack. Its silly, but its also sad and relatable. Bojack Horseman‘s episode, “Stupid Piece of Shit” takes this concept one step further, with an entire episode from this point of view. 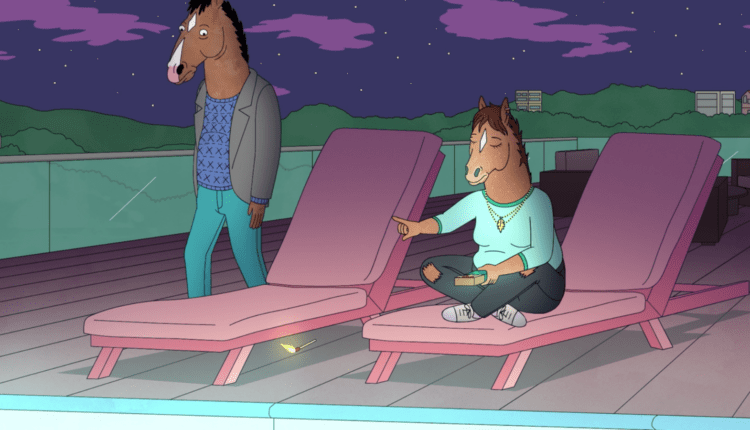 At the end of the episode, we find out devastatingly that young Hollyhock suffers from the same unyielding negative self-talk that her presumed biological father/ real life biological brother does. She asks him whether this fades with age, and whether it’s just a silly teenage girl thing. Bojack lies, and in that moment the viewer is filled with a sinking feeling.

Bojack and Hollyhock aren’t the only ones suffering from depression as the result of being rejected and invalidated by parents. Diane, too, has her own set of difficulties. In Season 1, we see Diane go home to her family, and see that she was treated poorly, rejected, and criticized by her father, mother, and brothers. Diane goes on to marry Mr. Peanutbutter- a happy-go-lucky yellow lab with an affinity for grand romantic gestures and over the top publicity stunts. 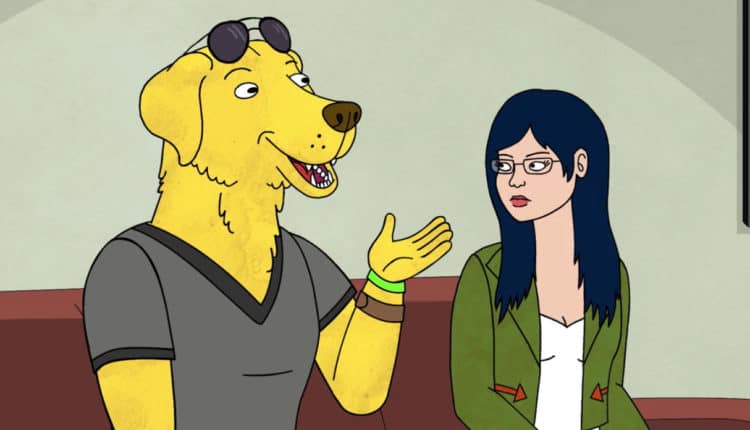 The opposite nature of Mr. Peanutbutter’s personality seems to be what attracts Diane to him, and against all odds she truly seems to love him and want to be with him. Still, there are parts of herself that she needs to hide from him, parts of herself that he wouldn’t understand. Diane often runs off with Bojack often to binge drink and hide. She is often nothing short of a shit show, but Mr. Peanutbutter doesn’t seem to notice.

Mr. Peanutbutter has idealized Diane, and is unable to see her true, flawed self underneath his fantasy of the perfect person.This is kind of cute considering her is a dog and she is a human- our dogs only see us as wonderful love objects. Diane desperately wants to be the person Mr. Peanutbutter feels she is, and fools herself into believing its true. Still, she never feels fully at home in their shared house, feeling an outsider in her own home just as she did growing up.

In the end, Diane is unable to play the part anymore. She tells Mr. Peanutbutter that their relationship is like a Magic Eye painting, it doesn’t seem to make sense, but if you squint, it’s the most beautiful thing in the world. Diane then bursts into tears and says, “I’m so tired of squinting!” Diane then realizes she can no longer pretend everything is okay, and that she not filled with depression and self-loathing, and has no way to relate to Mr. Peanutbutter. Unlike the viewer, Mr. Peanut Butter is shocked. He was never truly able to see past his idealized vision of Diane, and was blind to her pain and resentment.

This is so much like so many real life relationships. We are attracted to the qualities we wish to see in ourselves, and we make ourselves believe that if we can make it work with the right person, we must be good people too. We make believe that relationships can solve our problems, when in reality, our problems run much deeper.

Princess Carolyn and the power of hope

Throughout this season, Princess Carolyn is working through an unexpected relationship with her new mouse boyfriend, and they make the decision to bring a child into the world. Princess Carolyn is toward the end of her childbearing years, and has a history of several miscarriages, so this is probably not something she is capable of. 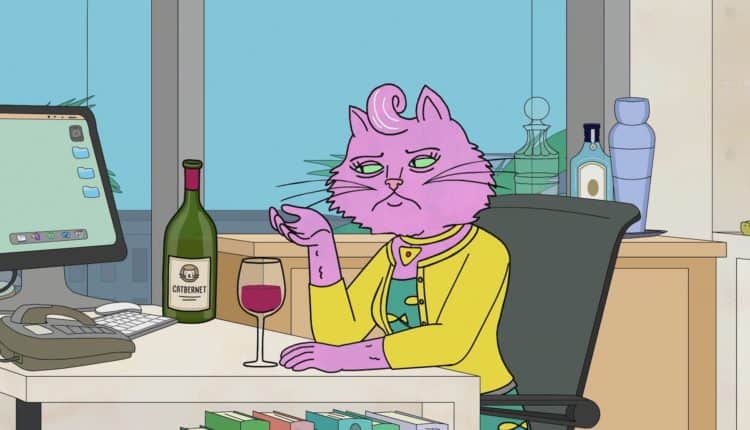 Wrong. At the end, Princess Carolyn tells Bojack that when she is upset, she imagines her great-great-great-great-great grandaughter is giving a presentation about her to her class. This was honestly the moment I found the most heartbreaking about this season. In this episode, we buy into Princess Carolyn’s fantasy. Hell, it seems crazy, but to us and to Princess Carolyn it is more real than anything. I was led to genuinelybelieve that the space-cat is real, and when the rug was pulled out from under me, I wanted to curl up on the couch with a bottle of wine too.

Later, we see Princess Carolyn grappling for meaning and something to leave behind in the world, knowing that she may never have a child. She instead throws herself into a script she hasn’t even read, and goes through great lengths to make sure it is picked up. She uses this movie as her surrogate baby, and we see her grappling for any semblance of hope, picking up the first opportunity that comes to her as if it were fate. She finds some divine meaning in random events, as reality is too difficult to face.

This episode really showed the power of human hope, that against all odds, we can truly lead ourselves to believe the best will happen. We can make ourselves believe it’s true.

Beatrice and the Devastation of Dementia

Episode eleven,”Time’s Arrow” actually shows a series of events from a person with dementia’s point of view, and attempts to explore the altered perceptions of an individual with dementia. In Beatrice’s point of view, past present and future are intermixed, certain memories are vivid while others are blurry or scribbled out.

Although we’ve never seen inside the head of an individual with dementia- Beatrice’s world was drawn from a series of stories of individuals with dementia, as well as experiences of the loved ones of the writers on the show. As someone whose family has been affected by Alzheimer’s, the episodes featuring Beatrice were hauntingly familiar.

I saved the sort of happier event for last, Todd Coming out as asexual. To my knowledge, this is the first mainstream television show to feature a main character who is asexual, and to explore the relationships of people who are asexual. Todd explores the nuances of his sexual identity and discovers that there is a label for how he feels, there are other people who feel the same, and that there are different ways that asexual people navigate relationships. He discovers new problems related to his identity, and shifts in his understanding and acceptance of the label. 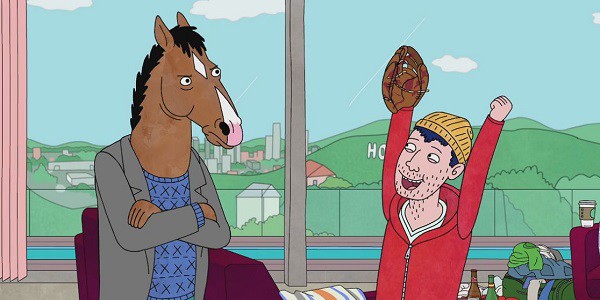 I am not asexual, so I don’t wish to comment too far on whether Todd’s experience is typical or realistic, but it was certainly refreshing to see an asexual character represented, and to have the nuances of non-binary sexual identity explored and developed in a complex way.

What part of this season made you cry the most!? Want  to see more Bojack Horseman content on Nerd Much? Let us know in the comment section.

Previous articleAftershokz Trekz Air
Next article13 Hottest New Games Coming in October 2017
Christine Petit
Christine is a psychologist residing in New York City. Her nerdy interests include Game of Thrones, other escapist television, Brandon Sanderson, Magic: The Gathering, the Marvel Cinematic Universe, complicated board games, and pretty much anything involving dragons or convoluted time travel. In addition, Christine is a singer involved in numerous projects in the five boroughs. She is the mother of two feline friends, aptly named Katleesi & Jon Snow.