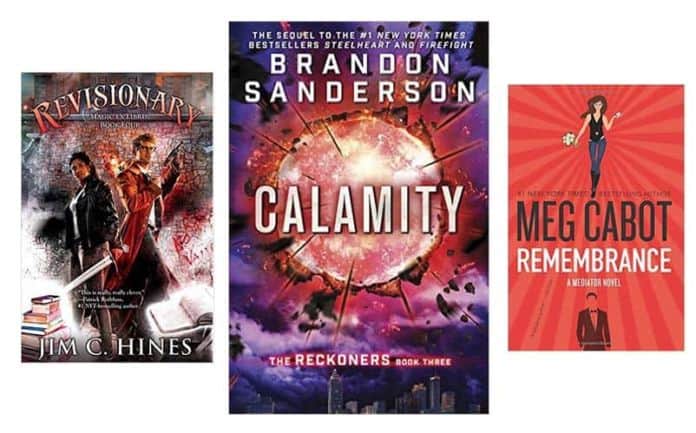 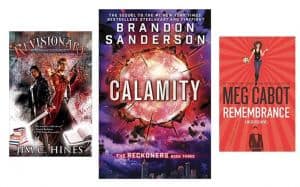 Valentine’s Day is coming up, and nothing says “I love you” like a new book; after all, flowers die, but books are forever. Or maybe you are unattached and for you the 14th is just another Sunday to curl up on the couch with a book (there’s certainly no shame in that).

Either way, we have decided to express our love for you by carefully choosing a list of the best sci-fi and fantasy books coming out in February. Happy Valentine’s Day, readers. 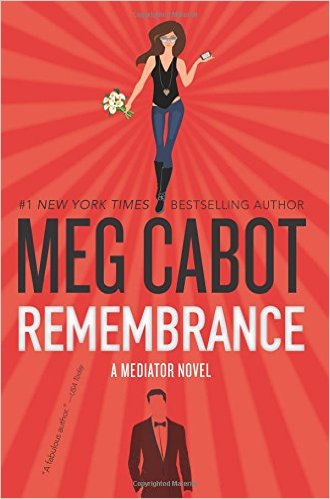 Remembrance is the seventh installment of the popular paranormal romance series Mediator by Meg Cabot, which apparently up until now has been a YA series; however, with this book, it moves into more adult territory. We’re not sure exactly what this entails, only that this book will be the first in the series to be published by William Morrow, which is the adult division of HarperCollins. It makes sense, as at this point in the series, main character Susannah Simon is becoming an adult herself. If you’re unfamiliar with the series, Susannah is a mediator; in other words, she helps dead people resolve their unfinished business with the living (like a teen girl version of Sixth Sense). If you want to bring yourself up to speed, you should be able to breeze through the first six books fairly easily, beginning with Shadowland.

2. The High Mountains of Portugal by Yann Martel 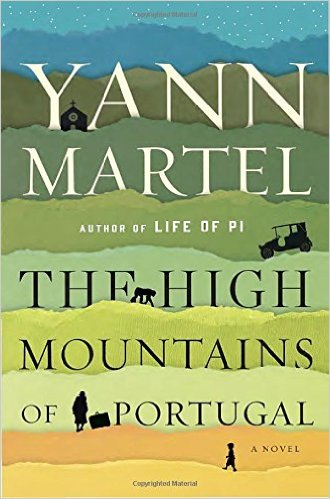 Considering that The Life of Pi is one of our favorite books, and that Yann Martel has been relatively inactive since, we were overjoyed to hear of the upcoming publication of The High Mountains of Portugal. Martel’s writing style seems to be very polarizing, but we are fans of the fable-esque, abstract, almost poetic quality of his work. This book is split into three sections, spanning almost a century, all connected by similar themes that will be familiar to The Life of Pi readers. If you enjoy the distinctive writing style of this #1  internationally bestselling author, you definitely won’t want to miss his latest work. If you don’t, this may not be the book for you, and if you haven’t read The Life of Pi, then shame on you. 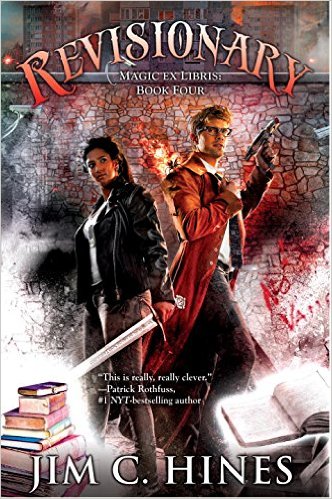 For anyone who has read series like Harry  Potter and The Chronicles of Narnia and envied the characters that possess the magical objects detailed therein, Magic Ex Libris is the series for you. Revisionary is the fourth book of the series, which centers on humans with magical abilities, known as libriomancers. They have the unique ability to literally reach into fantasy books and pull out magical objects and abilities, thereby bringing them to life. The main character, Isaac Vainio, is one such libriomancer, and a member of a secret group known as the Porters, founded by none other than Johannes Gutenberg. Revisionary takes place following Isaac’s revelation of magic to the rest of the world, and details the resulting fallout. A terrorist organization arises, and fuels conflict between magic users and the governments of the world. The book is accessible even if you haven’t read the first three books, but if you have time, we of course recommend it.

Check out Other Hot New Books to Read here. 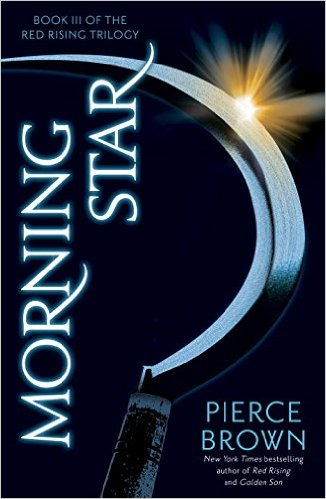 Morning Star is the thrilling conclusion to the highly popular Red Rising Trilogy, from debut sci fi author Pierce Brown. Fans of The Hunger Games will enjoy this dystopian series, which is set on Mars and follows a character named Darrow, who is identified as a Red; in other words, a member of the lowest tier of a color-coded, caste-based society. He works in the mines and dreams of a better future, unaware that he is basically a slave to the ruling class. By now, he has figured things out and joins a revolutionary group, where he becomes a Gold and infiltrates their ranks to take them down from the inside. While classified as a YA book, the spectacular world building and well-developed characters make this series a must-read for teens and adults alike. If you haven’t yet, pick up the first book, Red Rising; if you have, be sure not to miss the last installment of Darrow’s story. While this series may be ending, we definitely hope to see more from this author in the future. 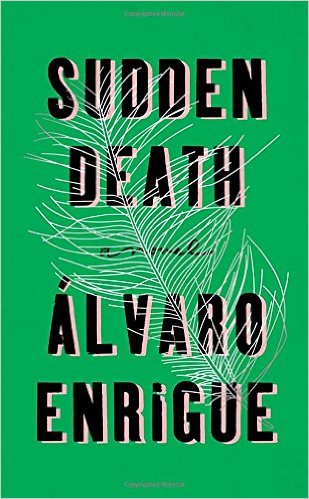 Sudden Death by Álvaro Enrigue was originally published in 2013, but has now been translated from Spanish to English by the talented Natasha Wimmer (best known for her translations of 2666 and The Savage Detectives). It’s difficult to box this novel into one particular genre, but the closest approximation would probably be historical fiction; it centers around a tennis match between famous Italian painter Caravaggio and Spanish poet Quevedo, before a crowd of other 16th-century icons. Intrigued? So are we. This brief novel skillfully blends history with imagination, putting a fanciful, and often humorous, twist on historical events and figures. Sudden Death is refreshing in its inventiveness, and while it borders on bizarre, adventurous readers should definitely check it out. We guarantee it’s unlike anything you’ve ever read. 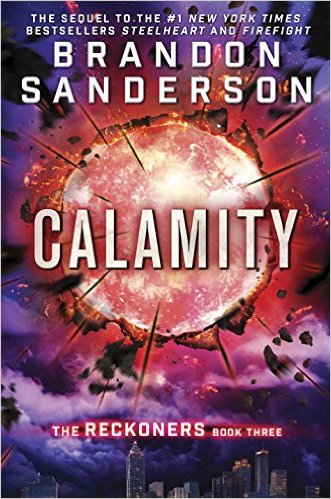 Calamity is the third and final installment in Brandon Sanderson’s highly popular Reckoners series. The basis for the series is an event known as the Calamity, which endowed ordinary humans with extraordinary powers; they subssequently became known as the Epics. Following their subjugation of humanity, a group known as the Reckoners emerged to fight back. In this book, the main character David confronts the most powerful High Epic in a quest for redemption. Sanderson has already proven himself to be a masterful storyteller, and this book is no exception; initial reviews are overwhelmingly positive. While it’s sad to see this series come to a close, we’re confident that Sanderson has more great things up his sleeve. 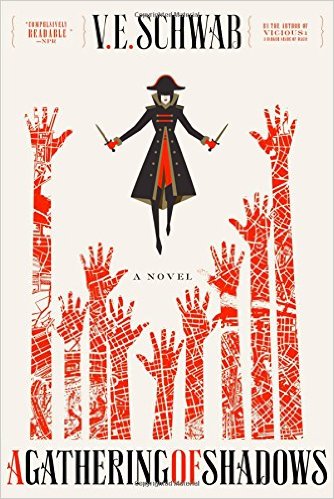 A Gathering of Shadows is the second installment in the series A Darker Shade of Magic, which author Victoria Schwab has written under pseudonym V.E. Schwab. Apparently, she does this to differentiate her adult books from her YA. The series centers around Kell, who is a Traveler – that is, a magician that can travel between parallel universes. Kell in particular travels between parallel, color-coded versions of London. While Red London is preoccupied with its preparations for the magical competition known as the Element Games, previously-dead Black London is rising again to take down another London. Exceptional world building, complex characters, and a captivating story combine to make this series one of the best new books to read in February.

8. Fall of Light (The Kharkanas Trilogy #2) by Steven Erikson

Fall of Light is the second book of The Kharkanas Trilogy by Steven Erikson, who is best known for his Malazan Book of the Fallen series. The Kharkanas Trilogy is set in the same world as the Malazan Empire, but several millennia prior; it focuses on early Kharkanas and Mother Dark. If you haven’t read that series yet, then this prequel trilogy may be an easier starting point before you tackle the ten books of Malazan Book of the Fallen. Both series, however, are truly epic fantasy at its finest. This book features more political intrigue than military action, but don’t let that put you off if you are a Malazan fan; it is still beautifully crafted and highly compelling. Erikson has the ability to completely immerse you in his world and skillfully weave plot threads together; if you haven’t read Forge of Darkness (the first book) yet, we highly recommend you do so.