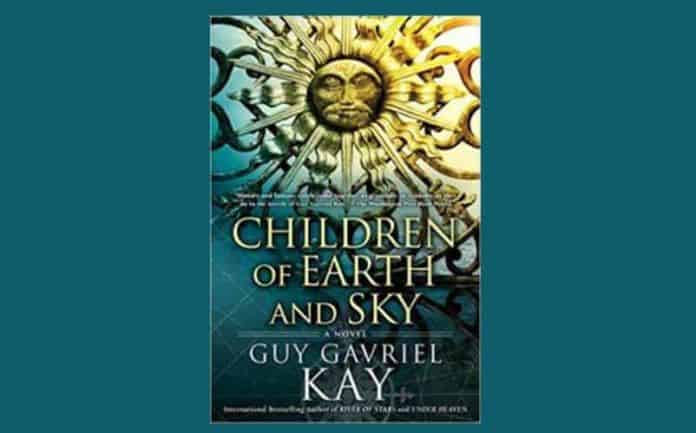 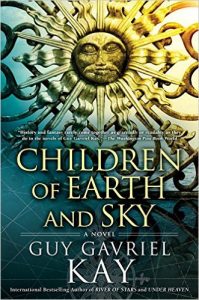 I’ve heard many positive things about Canadian fantasy author Guy Gavriel Kay, so when I saw that Children of Earth and Sky was coming out, I figured it would be the perfect opportunity to acquaint myself with his work. His books can best be described as historical fantasy; that is, they are based on actual historical time periods (in the case of Children of Earth and Sky, it’s Renaissance Europe), with just a touch of magical realism.

Due to the glowing reviews of his past works, I went into this novel with pretty high expectations, and found myself a tad underwhelmed. While it’s clear that Kay is a talented storyteller, and there is definitely a great story here, there were some issues with the execution.

There are about 5-6 main POV characters, with others occasionally peppered in for added information. The problem here is that it is so uneven; it starts off with what you assume is one of the main characters, and then you don’t hear from him again for most of the book, and his part of the story turns out to be ultimately pointless.

It switches multiple times within each chapter, occasionally for a span of a couple paragraphs, which made my head spin. There is nothing (at least in the eARC I received) to denote a perspective change; consequently, I had to go back and re-read numerous paragraphs.

Also, it frequently switches tenses for no apparent reason; one character or paragraph will be written in present tense, and then the following will switch to past tense although it’s talking about the same event. If not for these things, I think the book would have flowed much smoother; as is, I found it rather jarring.

All things considered, however, this is a strong story with many engaging elements. Each of the completely believable characters displays a remarkable depth (although I did have a little bit of trouble connecting with them on an emotional level), and the way their individual story threads were woven together is beautiful. It shows how the actions of one person, even a seemingly insignificant one, can help shape the course of history.

The world is meticulously built, with no clear-cut good and evil; Kay fully explores the motivations and inner workings of each of the political powers at play, as well as how their movements reverberate with even the lowliest citizens.

This is not a plot-heavy book, and not one that you can rush through; rather, Kay’s lovely prose and vivid is meant to be savored. The focus is more on worldbuilding, while the story sort of crawls along. This makes it a little hard to get into at first, but by about the halfway point, I was completely immersed in this fascinating world.

The history involved is clearly well-researched, and I love how he describes events on an epic scale and then focuses in on individual characters and details, bringing these sprawling events to life in a very intimate manner. The occasional traces of fantasy add something special to the story as well, without taking it over.

Technical issues aside, the multiple point-of-view method was a very effective means of telling this story. Even with those, I can appreciate that maybe he was trying to accomplish something stylistically – it just didn’t work for me personally. It’s easy to see the merits of Kay’s writing, however, and even though this wasn’t my favorite book, I did mostly enjoy it and it has made me interested to read his earlier works.

This book would be perfect for anyone that loves fantasy epics or historical fiction fraught with political intrigue, and doesn’t mind the slower pacing for the sake of richly detailed worldbuilding. 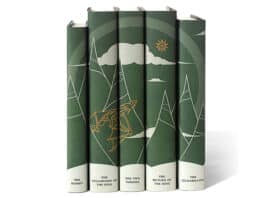