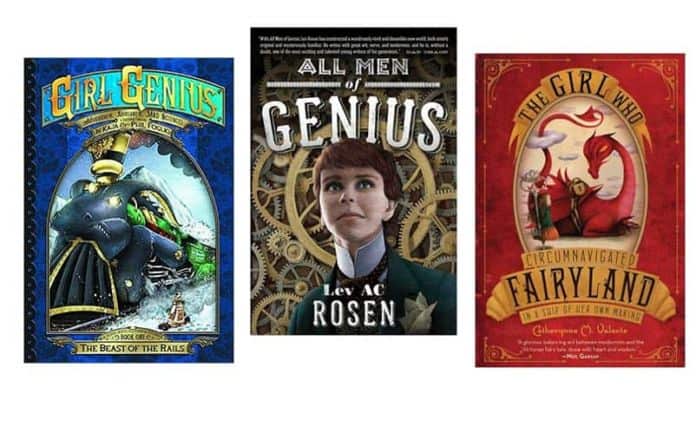 Like many nerd realms, fantasy books have often been about and driven by male characters. In recent years, however, more female authors have begun to emerge — and they are writing excellent female characters.

I’ve made it my mission to read and support as many female-centric books as possible — books with strong female characters, that is. While some of the stories I’ve read were complete duds, others captured my imagination and transported me to other worlds. I love opening a book and disappearing into the story, feeling as though I am walking with the characters, feeling their emotions, experiencing their sights and sounds. And, sometimes I love to add a good laugh on top of it all.

Below are eight excellent fantasy books with a range to suit many tastes. Whether you enjoy young adult or adult fiction, standard or graphic novel, this list will provide you with another delicious world to dive into.

So without further ado, here are the top eight fantasy books with strong female characters:

1. All Men of Genius by Lev Ac Rosen 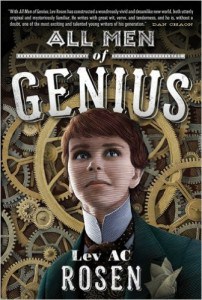 What happens when you combine Shakespeare with Oscar Wilde and put it in a steampunk setting? All Men of Genius. Protagonist Violet Adams wants nothing more than to study clockwork mechanics. In order to do so, she disguises herself as her brother, Ashton, to attend the prestigious all-male Illyria College. All sorts of hijinks ensue. I found the book to be an incredibly easy read, but not so predictable that I was bored. 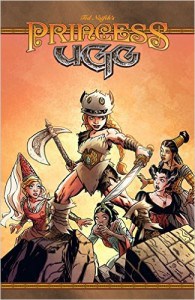 It is very important that every princess attend the academy in Atraesca in order to better serve their kingdom. Princess Ülga of Grimmeria arrives to get her “edgykayshun” and finds herself clashing hilariously with the pampered young ladies of the school. This graphic novel contains the first four Princess Ugg comics, with volume two already released and more on the way. 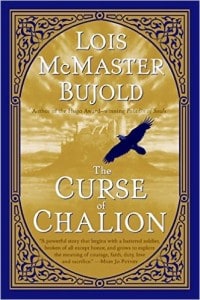 This book is read so often in my house and lent to so many friends that we have had to replace it twice due to falling apart! The story is an alternate history mirror of Spain’s Ferdinand and Isabella. The main character (Cazaril, a knight) is male, but much of the plot is driven by the book’s strong female characters (namely Iselle, the Isabella equivalent). The book was nominated for a Hugo in 2002, but unfortunately lost to American Gods. (The sequel, Paladin of Souls, which won in 2004.) 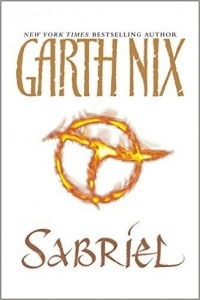 In this world, there are two neighboring kingdoms: one with magic, and another which does not believe. In the Old Kingdom, necromancers raise the dead to do their bidding, whilst the hereditary line of Abhorsen put the dead back to rest. While at school, Sabriel receives her father’s tools (bells and a sword) via undead messenger. He is beyond the Seventh Gate of Death, so Sabriel must step into her father’s shoes and prevent an evil necromancer from returning to life and destroying her kingdom. It’s an excellent read with a plot usually reserved for male characters, which is a breath of fresh air, making it one of our favorite fantasy books with a strong female character.

5. A Great and Terrible Beauty by Libba Bray 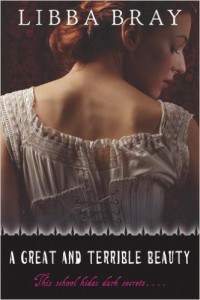 A Great and Terrible Beauty (and its two sequels) are set in a vivid turn-of-the-century world full of secret magic and intrigue. After her mother’s suspicious death, Gemma is sent to attend Spence Academy, a private boarding school. After a rocky start, Gemma forges alliances and discovers a diary which details the inner workings of a group called the Order. Gemma finds herself able to access the magic used by the order and (together with her friends) is able to travel to other beautiful worlds. Unfortunately, not everything is so simple and Gemma soon finds herself in dangerous territory. Although aimed primarily at teens, I found this series just as fun as an adult. 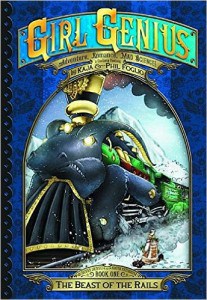 Girl Genius is an ongoing comic series focusing on Agatha Heterodyne, an often hapless student who discovers herself descended from a line of “Sparks”- mad scientists who almost caused the destruction of “Europa” during the Industrial Revolution. Agatha must use her newfound talents to rescue the world from mad scientists and evil dictators. The art is absolutely lovely and the story is tons of fun — definitely worth the read. 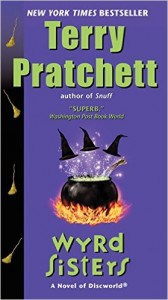 No fantasy book list would be complete without Terry Pratchett. Wyrd Sisters focuses on three witches: Granny Weatherwax, Nanny Ogg, and Magrat Garlick. After the King of Lancre is murdered, the witches help the crown price escape. However, they realize that it will be many years before he comes of age. They cast a spell to freeze the kingdom in time, which leads to all kinds of hilarity when it is defrosted. The book calls upon Shakespearean themes and will keep you in stitches from Magrat’s magical aids to propaganda-filled plays.

8. The Girl Who Circumnavigated Fairyland in a Ship of Her Own Making by Catherynne M. Valente 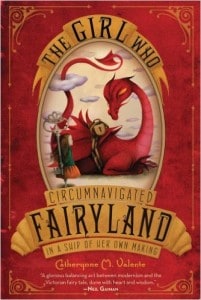 Despite being aimed at young adults, this book is excellent for adults! It stars a 12-year old girl, September, as she is whisked away to the magical Fairyland and tasked with rescuing it from a fickle Marquess. The book includes gorgeous illustrations and loads of fun characters. If you find yourself enjoying it so much you don’t want it to end, you’re in luck: it is part of a series of five books.