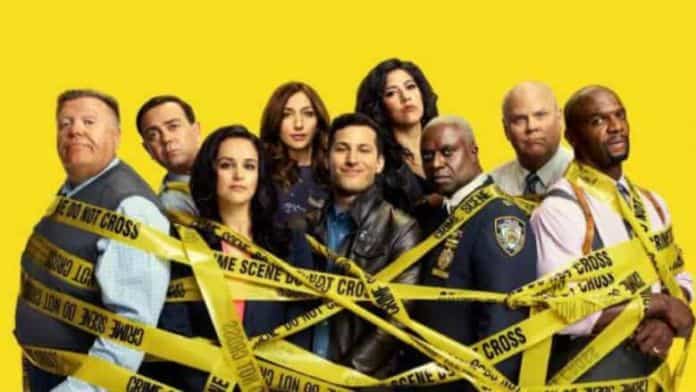 Despite a rabid fan base and critical acclaim, Fox has decided to cancel its comedy series Brooklyn Nine-Nine. And people are pissed. 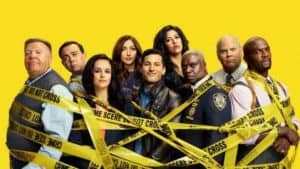 The news broke yesterday evening and reactions were fast and furious. The cast and crew of the show chimed in too to express their remorse and thanks for the voluminous support.

The series’ co-creator, Dan Goor, thanked everyone for their love on Twitter:

Wow. Thank you all for this incredible outpouring of support. #brooklyn99 fans are the best fans in the world. It means the world to me and everyone else who works on the show.

As did Stephanie Beatriz, Detective Rosa Diaz on the show:

Squad, we love you. What a gift this series has been: it’s been my honor. Your sadness is noted. NINE- NINE! pic.twitter.com/qAcOYfpNZh

Joe Lo Truglio, Melissa Fumero, Chelsea Peretti, Marc Evan Jackson, and Terry Crews all expressed their disappointment and thanks on Twitter as well.

Some prestigious members of the show’s fan base vocalized their support via tweets too. Tony winner Lin Manuel Miranda directed his dismay towards Fox:

To which Patten Oswalt then “Seconded, thirded and fourthed.”

And then, perhaps most prestigious of all, Luke Skywalker himself promised to hold a grudge against Fox for their decision:

Following the cancelation, there’s word that it’s possible Hulu picks up the series to allow its continuation. Hulu currently holds the show’s streaming rights, and has previously picked up Fox’s The Mindy Project after it was canceled in 2015. Like The Mindy Project, Brooklyn Nine-Nine is produced by Hulu’s corporate sibling company, Universal TV and 3 Arts Entertainment. Another deal could easily be struck should Hulu have interest.

There’s also a possibility that NBC becomes involved due to the network owning Universal TV. And TBS could be an option too as the outlet has the off-network rights to the series.

Brooklyn Nine-Nine isn’t the only show on Fox to get the axe, unfortunately. The Last Man on Earth was canceled as well. The comedy featured a star studded cast of Will Forte, Kristen Schaal, January Jones, Mel Rodriguez, Mary Steenburgen and Cleopatra Coleman. Also, the Kaitlin Olsen led series The Mick won’t be coming back either.

If you’re passionate about any of these shows, chime in on whatever social platforms that are available to you and make your voice heard. We live it a unique time in that even though all these shows have been canceled by Fox, there are always other options should enough interest be there.