The developers at City State Entertainment are powering ahead with development of Camelot Unchained. Their game is scheduled to release their Beta 1 offering on July 4th. To do so, the team remained “busy, busy, busy” through the month of May. Though unexpected issues how slowed the team to the point that they are now “barely on that track” to meet their July deadline. 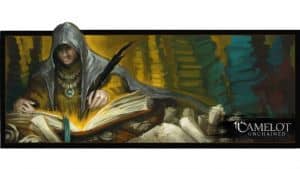 That’s not to disparage City State Entertainment. The studio sounds as though they’re kicking ass and have development nearly back in full swing. But the recent demands of newly implemented General Data Protection Regulation rules have set the devs back considerably. So considerably in fact, City State says the team lost over 400 hours due to the EU’s demands of the GDPR.

If you’re interested in how the GDPR impacted development of Camelot Unchained directly, you can checkout the extensive discussion the team had on the topic here. But City State is now looking forward and sharing with fans the progress they’ve made with the game itself as it’s now a month out from Beta 1.

One of the main questions the dev team has been getting was on the game’s seemingly lack of balance. And while some thought has been put into this, there’s a reason it hasn’t been a focus yet. Here’s designer Ben Pielstick’s response:

“There’s a good reason we haven’t spent time on doing an extensive balance pass so far: Many of the parts of the game that need to be balanced are still very much a work-in-progress. If we spent the time to get the game to a reasonably balanced state, we would have to go through another time-consuming balance pass and make the necessary adjustments to rebalance for the new changes.”

Seems reasonable. Pielstick and his team are also awaiting information from players that will be jumping in come beta time. Once Camelot Unchained sees an influx of players, City State Entertainment can then utilize that information to make the most knowledgeable changes possible to the game.

The developers went on to confirm that the game has seen rigorous testing of late to remedy physics and server crashes. There has been audio advancements as well as building updates. And tons of new art and animations are being worked up.

Now that the GDPR is essentially handled, hopefully City State Entertainment shouldn’t have any further worries making their July 4 Beta 1 launch. For other upcoming MMOs of this year and beyond, checkout our full list here.