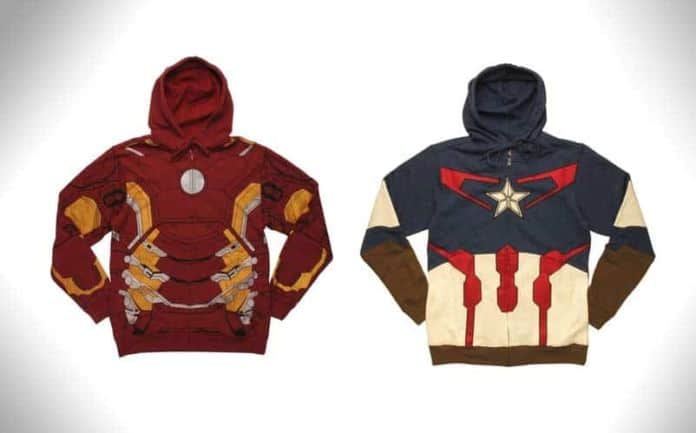 With Captain America: Civil War hitting theaters last week, and the movie blowing any other superhero movie of 2016 out of the water so far, our Marvel hype is at an all-time high. And now, we want all of the Captain America stuff we can find, like this well-made Captain America Avengers Suit Up Hoodie found at StylinOnline.

This Captain America hoodie is one of the best we’ve seen. It’s modeled after his Avengers suit, and it’s made out of 60% Cotton/40% Polyester. Best of all, there are other superhero hoodies available, including one modeled after Iron Man’s Mark XLIII suit, a classic Captain America shield version, and even a badass Wonder Woman hoodie. These aren’t the cheap-looking hoodies you’d find at a Wal-Mart or Target. Instead, they’re made with care using high quality materials and top-notch stitching. Best of all, they’re highly detailed.

There are also numerous other Captain America hoodies, as well as other superhero apparel, with sizes ranging from Small to XXL. Imagine if you and your friends each bought a different Avengers hoodie and walked around with them on — your level of awesomeness would be unmatched.  So whether you’re #TeamCap, #TeamIronMan, or #TeamSpidey, there’s a badass-looking hoodie here for you.