The controversy and backlash surrounding Captain Marvel could be a film of its own. It’s become difficult to separate Marvel’s latest feature from the nonsense people are spouting online, regardless of what you think of lead actress Brie Larson’s comments. Acting as the first major female-lead Marvel film – second if we’re still accepting that Elektra happened – there’s a lot riding on this movie. Given how prominent Captain Marvel is expected to be after and during Avengers: Endgame, one has to wonder how this film will hold up.

Thankfully, the answer is good – mostly.

Captain Marvel follows the story of Carol Danvers, a human pilot who has been working as a soldier for an alien race known as the Kree. With no memory of her past or how she ended up with the Kree, Danvers – going by the name Vers – trains to become an elite soldier by her mentor Yon-Rogg (Jude Law). However, after a mission goes wrong, Danvers is stranded on Earth along with shape-shifting aliens known as Skrulls. After meeting a young Nick Fury (Samuel L. Jackson) Danvers must find a way to stop the Skrull from obtaining a super weapon that could wipe out the Kree.

Like other MCU films, Captain Marvel prides itself on throwing a curve ball at audiences at the midpoint. This makes discussing parts of the story tricky, as we don’t want to spoil any major plot points for those who haven’t seem the film. Much like Captain America: The Winter Soldier, this film’s big twist flips what we’ve learned on its head and becomes a much better movie because of it. 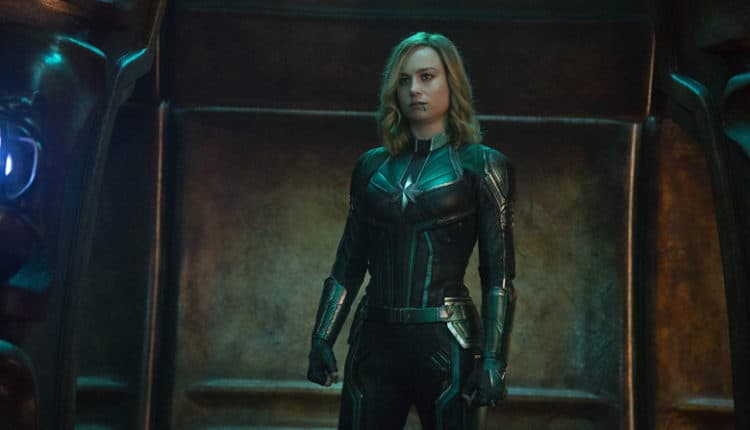 This divides Captain Marvel into two very distinct parts, with the second half being far superior to the first. Much of this is due to the film meandering its way through plot points early on and delivering a few fun, but unexciting action sequences. Directors Anna Boden and Ryan Fleck do an admirable job of fleshing out the Kree’s world in what time they have. Yet, I wish more of the film got to explore this culture instead of ditching the Kree fairly early on.

Things pick up once we reach Earth and meet Nick Fury. Captain Marvel mercifully doesn’t waste a lot of time on Danvers trying to convince Fury about the Skrull, which allows the plot to progress at a faster pace. The rest of the first half is basically the MCU version of a buddy road trip film – just with lasers and aliens. It’s surprisingly fun in large part because of Jackson and Larson’s chemistry. The duo plays off each other constantly, which produces the majority of Captain Marvel’s biggest laughs.

Captain Marvel does stumble a bit when it comes to Danver’s amnesia. There’s a lot of time spent on this plot detail and it can get tiresome since there are no real developments until we’re at the end of the second act. It doesn’t ruin the film, but it serves as an artificial boundary for why Danvers has unlocked all of her powers. MCU films have a bad habit of relying on this trope so they can have a big hero moment in the end instead of developing their characters in different ways. Thankfully, the performances from the cast elevate the familiar superhero cliches.

Larson, in particular, does a great job as Captain Marvel, striking a good balance between serious and silly. She’s not a joke machine like Star-Lord or a character that oozes with charisma such as Tony Stark. Danvers struggles with finding a balance between her emotions, largely because that was what she was taught by Kree. This helps Captain Marvel define herself against an ever-expanding roster of colorful superheroes. 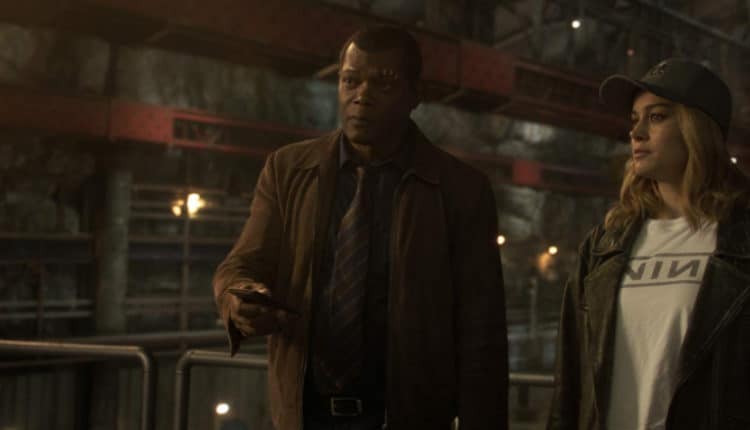 However, I wish the film spent more time exploring this emotional conflict within Danvers. The story makes a point to bring this up a few times, but Danvers rarely changes throughout the majority of the movie. A lot of this ties into Jude Law’s Yon-Rogg who feels like a wasted opportunity. Yes, he is in the film but Law spends a lot of the time in space yelling at Carol over their communication devices.

This neuters the big climax of the movie since there’s supposed to be an emotional moment between these two characters. But this moment never feels earned by Danvers and acts as more of a set up for the sequel. There’s also a weird cameo by a familiar Marvel character that really doesn’t add anything to the movie. Sure, it’s cool to see him, but this figure literally shows up, does basically nothing, and leaves. It’s more than just a cameo, which makes a certain part of the third act super awkward.

The real star of the show is Ben Mendelsohn’s Skrull leader, Talos. What appears to be a very by the numbers Marvel villain ends up being the film’s most compelling figure. Mendelsohn sells the hell out of this war-ravaged alien without devolving into cliche. He’s a worthy adversary for Danvers, although I wish the movie got more use out of the “shape-shifting” aspect of the Skrulls in action scenes. It’s not that the Skrull cannot put up a fight, just most of the action scenes don’t feel unique. 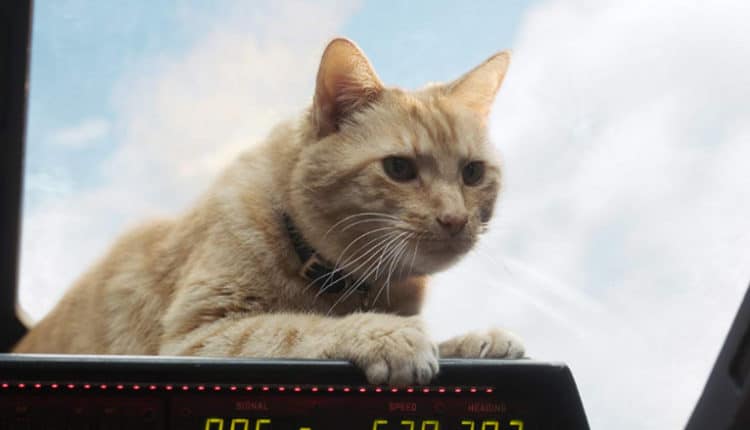 I say most because once we get to the final third, Captain Marvel kicks into high gear and delivers some terrific moments. Battles are fluid, easy to follow, and the CGI is top notch – especially for Danver’s powers. The film bursts with color at the end, which is a nice contrast to the grungy 1990s aesthetic that makes up most of the movie.

Also, yes, Goose the cat is exactly as cute, adorable, and perfect as you’d expect.

Captain Marvel’s first outing may not be the best MCU film, but it’s a solid, middle of the pack feature. There are some entertaining moments and a fantastic third act that propels Captain Marvel past the shoddy entries like Thor: The Dark World. Larson is a fantastic Carol Danvers and the movie does a decent job of not spending too much time trying to connect other MCU threads. Given the next time we see Danvers is literally years after this film, it will be intriguing to see how she has progressed as a character.

But for now, Captain Marvel is a fun in the moment movie that delivers good laughs, compelling characters, and some nice action set pieces.