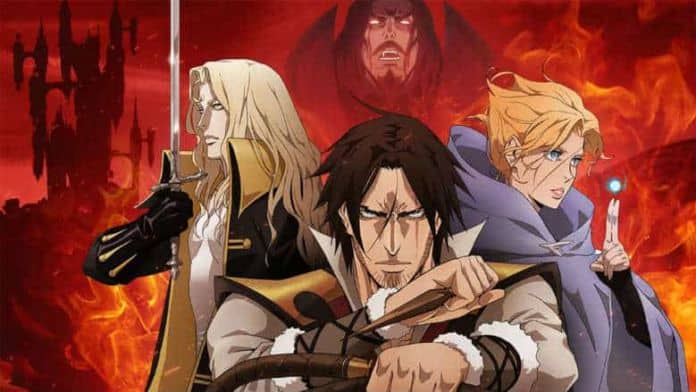 The first season of Netflix’s Castlevania debuted to the world nearly a year ago last July. On the same day that the four episode miniseries began streaming, Netflix confirmed that Season 2 was being greenlit as well. And apparently their confidence continues, because production for Season 3 of the show is ready to commence as well. 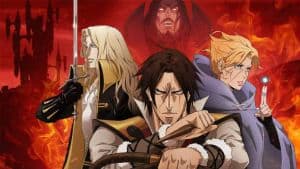 The news was broken by Richard Armitage, the actor that voices Trevor Belmont within the show. Speaking to Digital Spy, Armitage said “We’re about to record a third. The second season hasn’t been aired yet, but we’re about to do a third.” Digital Spy then reached out to Netflix for an official statement on the news, but the company opted not to provide confirmation either way.

Season 2 of Castlevania is expected to begin streaming sometime this summer, though an official release date has yet to be revealed. Armitage provided some vague clues as to the direction of the series. Including hints that Trevor and Alucard will former a tighter bond within Season 2’s 8 upcoming episodes. He told Digital Spy that “The son of Dracula and my character get much more collaborative. I think that’s one of the most exciting things, they start to really work together.”

Season 1 of the show did quite well from a viewership and critical standpoint. Netflix doesn’t release hard numbers, but Parrot Analytics listed the series as the the most popular digital original series in the United States during July 6–19, 2017. Critics too have raved about it. The series holds a Certified Fresh rating of 86% on Rotten Tomatoes with an average rating of 7.39 out of 10.

Castlevania was written by Warren Ellis based upon a script that was originally intended to be an animated film. Ellis began working on the movie around 2007. It wasn’t until 2015 that the effort paid off when Netflix decided to pick it up as a series.

Previous articleBless Online Siege of Castra Details
Next articleUnravel 2 Shadow Dropped at E3: OUT NOW!
Jeff Scott
Growing up a 90's kid, Jeff found his love for gaming during Nintendo's heyday. Because of that, you could (perhaps sadly) call him a "Nintendo Fanboy" to this day.