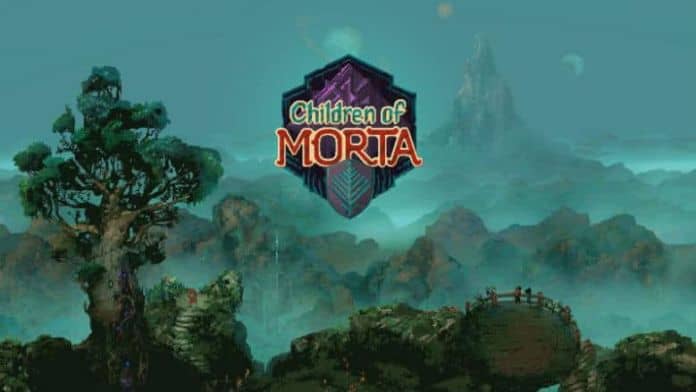 Most recently at PAX Prime, players got their hands on a Children of Morta preview build that by many accounts wowed those that gave it a whirl. It’s going to be a while longer before it wows us officially though, as Dead Mage and 11 bit studios confirmed the Children of Morta release date is being pushed to 2019.

The game itself is a story-driven hack‘n’slash roguelite that has you following the adventures of the Bergson family. Their tale is one that the developers consider “mind-blowing”. The family has guarded Mount Morta for generations now. But a new threat has emerged as “Corruption has spread, morphing the once peaceful mountain into a violent and monster-infested nightmare.”

One of the lead Producers on the game, Marek Ziemak, released the following statement confirming the game’s delay:

“Having a solid amount of feedback after shows like PAX Prime, and knowing exactly the goal we need to reach, we have decided to move the release date of Children of Morta, on all platforms, to 2019. There is huge potential for this gem and we know how to fulfill it, so some things are already put in motion.

I strongly believe in Mr. Miyamoto’s words about delaying a game to make sure it’s brilliant when it releases and nothing less. Also, and I believe this is important from the gaming community’s perspective, we are now developing Children of Morta for all four major platforms and there will be a simultaneous launch on all of them – Xbox One, PlayStation 4, Nintendo Switch and PC.”

Mr. Miyamoto’s infamous quote continues to stand the test of time. Dead Mage and 11 bit studios didn’t specifically state when the game would be releasing, however. Only that their game would be headed our way at some point in 2019.

As Ziemak confirmed in his quote though, Children of Morta was originally planned for PC, PlayStation 4 and Xbox One. But with the title’s delay, it will be coming to Nintendo Switch on launch day as well.