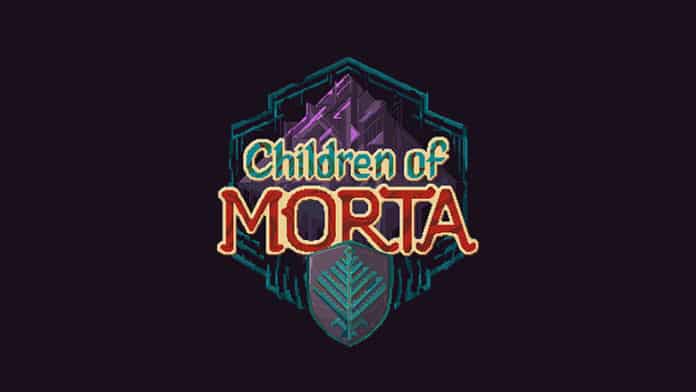 A Children of Morta review copy was provided for this review.

Children of Morta is a story-driven action RPG with roguelike elements that has been in the works for several years. It debuted on Kickstarter in January of 2015 and was fully funded within a month (including stretch goals), and it’s not hard to see why. It’s a delightful dungeon crawler that promises a unique art style, dynamic gameplay, and a captivating, family-centered narrative with themes of love and hope. Does it deliver on these promises? Mostly. Combining a story-driven RPG with a dungeon crawler is a fairly ambitious undertaking, as I don’t think either genre lends itself well to the other; Children of Morta does a decent job considering, but some elements are bound to fall short.

The story follows a family of warriors named The Bergsons as their home, Mount Morta, is overtaken by the Corruption. They must fight their way through a series of dungeons in order to free trapped spirits and learn the source of the corruption, as well as how to cleanse it once and for all. It’s nothing groundbreaking, but what it lacks in originality it makes up for with heart. There’s no dialogue; the entire game is narrated by a deep-yet-soothing and benevolent-sounding voice, lending it a lovely storybook quality. The actual narrative only scratches the surface of the lore, but you have the option of delving a little deeper via journals you’ll find in the dungeons. If not entirely enthralling, it at least gives the dungeons a charming context. 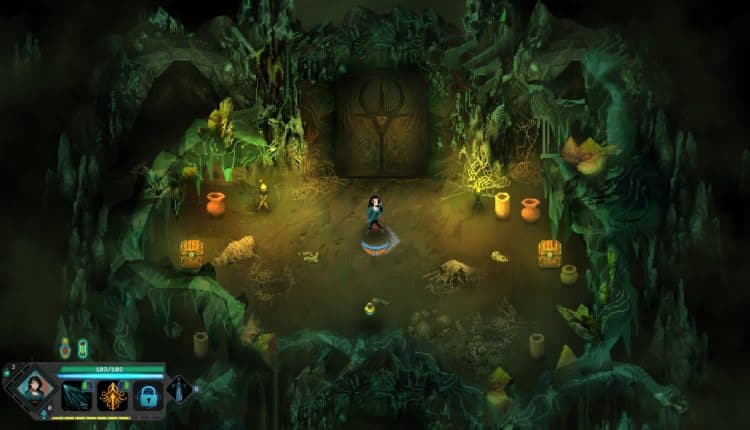 When you’re ready to set out, you descend into a Batcave-like structure with portals that take you to the different areas. There are three areas in total, consisting of 2-3 procedurally generated stages each. This means that you will never play through the same level twice, which takes some of the punishment out of dying; although you will have to start the level over, it will be entirely different than it was before. You get snippets of story in between dungeon runs, too, which also helps take the sting out of dying. I wavered between enjoying these and wanting them to hurry up so I could get back to playing.

Although it does have roguelike elements, death is not particularly burdensome, both for the reason mentioned above and the fact that your character simply gets sent back to the Bergson residence with their experience and morv (currency) gained intact. This means that you can purchase skills and upgrades that will make the next run a little easier. I personally prefer a more relaxed, frustration-free experience, but if you’re someone who likes higher stakes you may find this to be a drawback. Add this to the fact that the dungeons aren’t particularly challenging to begin with and you have a recipe for boredom. The only thing that kept me on my toes a little is the fact that you can’t carry health orbs with you; you can use them if you’re not at full health, but if you are, you’re forced to leave them.

There are a number of quests as well, and they add a bit of interest to the dungeons but are otherwise unremarkable. They are your standard item retrieval, escort, and pursuit quests; each is highly perfunctory, serving only as a momentary diversion that fails to be altogether engaging — perhaps because the story itself is not overly so. While they help enhance the story slightly, all in all, they feel rather superfluous.

What really held my interest were the varied heroes, skill trees, items, and combat. Although not over–—ly difficult, as mentioned before, I found the fast-paced hack ‘n’ slash combat immensely satisfying, especially as more skills were unlocked. It starts out as your basic point-and-click type deal and becomes progressively more complex as you move up the skill tree and unlock more abilities. 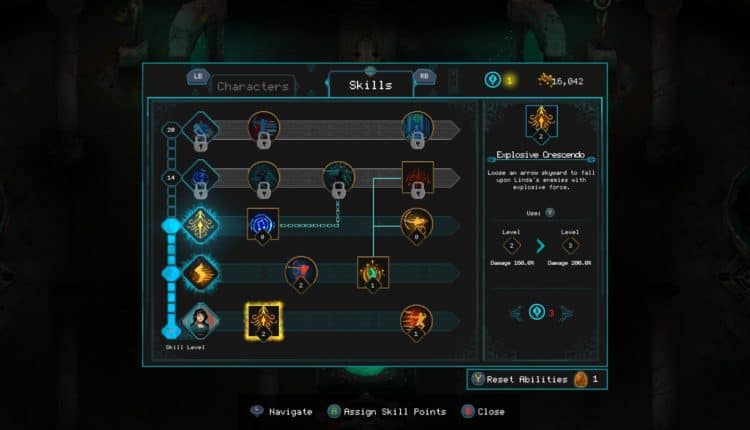 You start with one family member unlocked and gradually increase that to six, each with an entirely different play style. The game discourages you from sticking to one character with something called Corruption sickness, which is an entirely transparent yet effective mechanic. I enjoyed learning the ins and outs of each and having to switch it up to avoid going on autopilot. Although each has separate skill trees, with each level unlocked they get a buff that applies to the whole family, so switching back and forth becomes more seamless.

As for items, they fall into three categories: runes, charms, and relics, and there is a good variety of each. Runes modify a particular ability and have a limited number of charges (although later you unlock a character that can repair them). Charms are one-time-use items that may apply an indefinite buff, a temporary buff, or have a one-time effect. Relics stay with you until you die and can be used repeatedly with a cooldown period, and have numerous effects such as invisibility, healing, and damaging enemies. There are also Obelisks scattered about that convey temporary bonuses. These were all mildly confusing at first but once I figured out the difference they added a welcome element of strategy and unpredictability to the gameplay.

And, of course, the game looks amazing; it utilizes gorgeous hand-painted 2D pixel art, frame by frame animations, and modern lighting and rendering techniques to spectacular effect. The dungeons and monsters might be a bit uninspired, but they are beautifully rendered, and the Bergson’s home looks so cozy and inviting that I wanted to move in. The soundtrack, too, is pleasing to the ears and helps breathe some much-needed life into the emotional scenes. 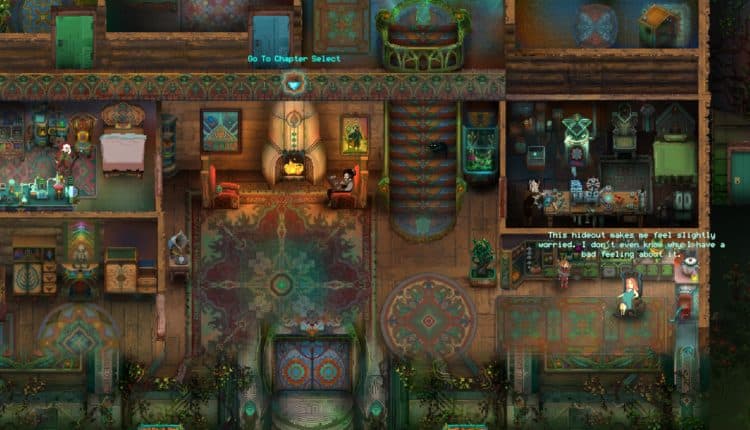 The biggest disappointment for me was the shallowness of the story. For a game that predicates itself on family ties, it doesn’t delve too deeply into family dynamics. Absent this and without the benefit of dialogue, it is difficult to form any attachment whatsoever to the Bergsons, enticing as their home may be. It tries to tug at your heartstrings but doesn’t entirely succeed.

The charm and sheer enjoyability were enough to compensate for the shortcomings, to an extent, and at least hold my interest until the end. Considering that it took me upwards of 20 hours to complete and the procedural generation grants it some replayability, I’d say it’s pretty reasonably priced at $21.99. It also has the option of local co-op, which I didn’t personally try out but I can easily see how that would be enjoyable. One of my first thoughts, before I realized it was an option, was actually how great multiplayer would be. So, although it may not deliver on story and the lack of difficulty leaves something to be desired, I’d still recommend Children of Morta to anyone looking for an endearing indie that they can enjoy with a friend.