Cities Skylines is poised to drop its next big expansion for the console editions of the game. Paradox Interactive has announced that the Natural Disasters DLC will land in May.

Originally launching for the PC version back in November 2016, Paradox states that Natural Disasters was one of the studio’s biggest hits as an expansion for the city building sim. It added disaster alert and response system, the disasters themselves, as three new in-game radio stations.

The disasters in the DLC can be generated at random. Or, players can summon the events themselves should they be annoyed with their inhabitants or just looking to liven things up. The radio stations feature “pleasant city-building tunes” as well as emergency broadcasts and early warnings when things begin to look ominous for the city. 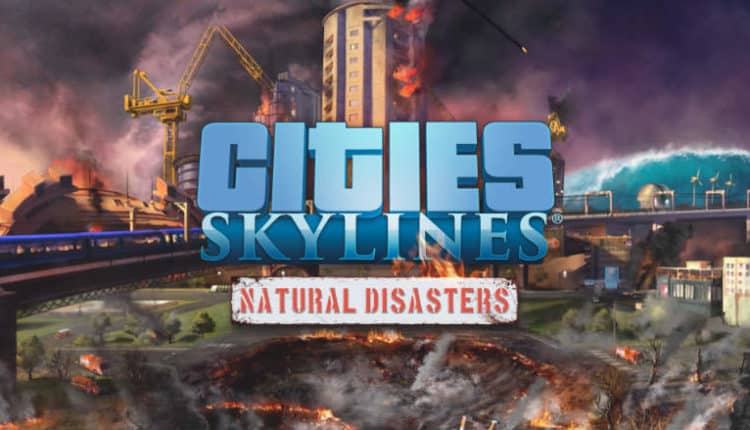 Here is everything that Paradox Interactive is throwing into Cities Skylines with the Natural Disasters set:

Paradox is also releasing a separate radio station set alongside the Natural Disasters DLC. For a separate fee of $7.99, players can download the Radio Station Pack. The pack includes Rock City Radio and Relaxation Studio. Outlets that Paradox state are “two of Cities: Skylines most popular radio stations.”

No price was announced within Paradox’s press release for the Cities Skylines Natural Disasters pack. However, it currently costs $14.99 for PC so it’s likely to run the same price on consoles. The new DLC strikes Xbox One and PlayStation 4 on May 15th. If you happen to be subscribed to the Xbox Game Pass program, Cities Skylines is yours to download for free.