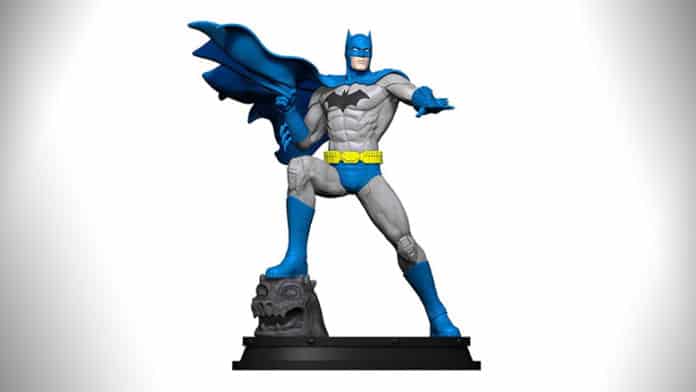 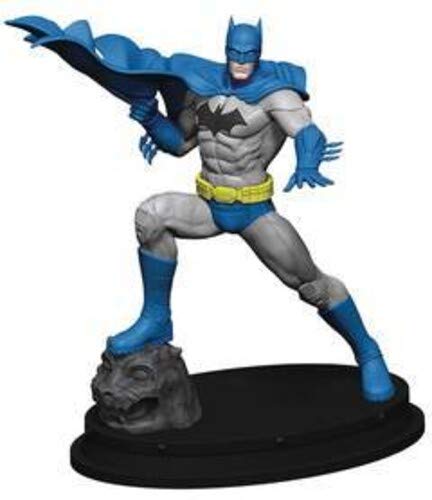 Celebrate the 80th Anniversary of the Caped Crusader in style with this Batman 80th Classic Batman Limited Edition Statue that is available courtesy of Warner Bros.

This limited edition Batman statue by Icon Heroes features Gotham’s Dark Knight clutching his cape behind him as it billows in the wind. With one foot atop a gargoyle’s head and his free hand thrust forward, he appears ready to take on every crime he sees before him. Maybe that’s the crime in Gotham City, or maybe it’s what he sees from atop the bookshelf in your room. Are you really going to keep up with some of your habits once you buy this statue and you know that Batman is watching you? Maybe you should live more like a Dick Grayson or a Stephanie Brown instead of a Professor Pyg.

Much like how Batman once traveled through time following his “death” during the Final Crisis event, so too does this statue seemingly reference multiple eras of Batman’s past. It is sculpted and detailed to resemble the suit drawn and designed by Jim Lee as part of DC Comic’s New52 relaunch in 2011, but it features the trunks and coloring from the Silver Age. The Neal Adams-esque blue and gray colors paired with the lined and armored look of the jumpsuit combines to display a version of the World’s Greatest Detective that seems to be unique to this statue.

This celebration of Batman’s 80-year history is sure to become the new, attention-grabbing focal point of whichever room you place this in. Measuring at 7” tall, this statue will fit anywhere and everywhere. Additionally, you can be sure of the quality of your piece as each item comes individually numbered and with its own certificate of authenticity. You do not need to worry about any fakes, phonies, or statues wearing hockey pads. What you’ll be buying is the real deal.

This item is currently up for pre-order and is expected to ship in January 2020.