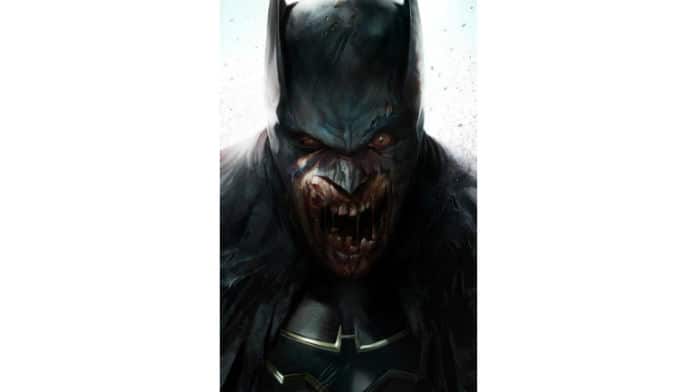 A new threat has entered the realm of DC Comics. The publisher announced today a new DCeased comic line which will pit the label’s greatest heroes and villains up against a zombie apocalypse.

The comic comes to us from writer Tom Taylor, with art grimly designed by Trevor Hairsine, Stefan Gaudiano, James Harren and Rain Beredo. Taylor has previously worked on some pretty dark entries in DC lore. He was

In an interview with IGN, Taylor states that the idea for their DCeased comic came from the publisher’s editor, Ben Abertnathy. Taylor explains that Abernathy “had an idea to do a horror/zombie tale at DC, and hit me up to ask if I’d like to be involved. At the time I was pretty busy, but over the next few days, my mind was racing. I couldn’t stop thinking of new and terrible ways to torture my favorite heroes in ways that made Injustice look tame by comparison.”

The DCeased comic tells an alternate reality story set outside the confines of the DC’s current continuity. Thus, Taylor and his artists are fully embracing their ability to off your most beloved of heroes in dark and twisted ways.

The writer states that “While the characters are the ones everyone knows so well, this is very much its own thing. The reason being, the stakes are real. We can tell a story without holding back. No one you love is safe. Even the icons can fall.”

IGN explains that the upcoming DCeased comic story is jump started by Darkseid, now “a techno-organic virus”, following the villain spreading an infection to over 600 million people via the world’s networks.

Those infected begin attempting to rid themselves of the virus by ripping their own flesh off. But without a cure in sight, all eventually succumb and convert into rage-fueled zombies.

Batman, of course, has a plan, and is a major focal point of the DCeased comic. But with the Caped Crusader himself infected, will he be capable of ridding the virus from his body in order to save the rest of the population?

Taylor posits just that. “Batman is definitely usually ready for anything. And this is no different” the writer explains. “But Batman’s greatest asset, after his friends and family, is his mind. Without wanting to spoil too much, our virus affects the mind. Can Batman fight something that’s part of him? Or will Bat-god be revealed to be as mortal as the rest of us?”

Issue #1 of DCeased launches on May 1st.

Want more Batman in your life? Check out our epic list of the 50 best Batman gifts.