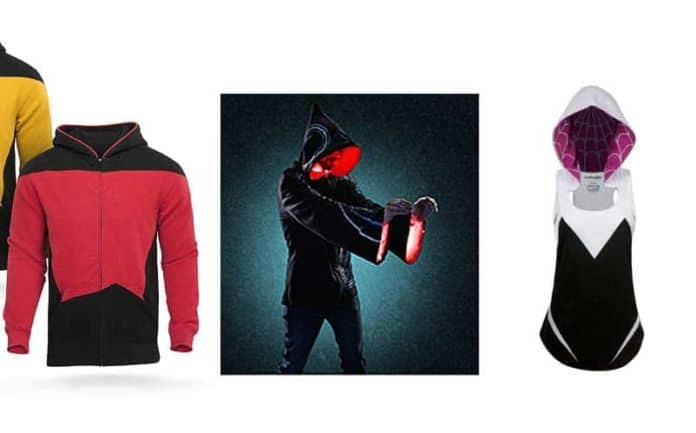 If there is one article of clothing that is virtually universally loved, it’s the hoodie. Wearable in every season and every part of the world, hoodies are great to wear over a shirt or when the weather is a little chillier than usual. However, beyond the basic styles or colors of sweatshirts, there are also some really cool hoodies available. Whether you are a part of an associated fandom or are just looking for something unique, there is a little bit of something for everyone.

Keep yourself warm in style this winter. Read on for the top 9 cool hoodies to buy. 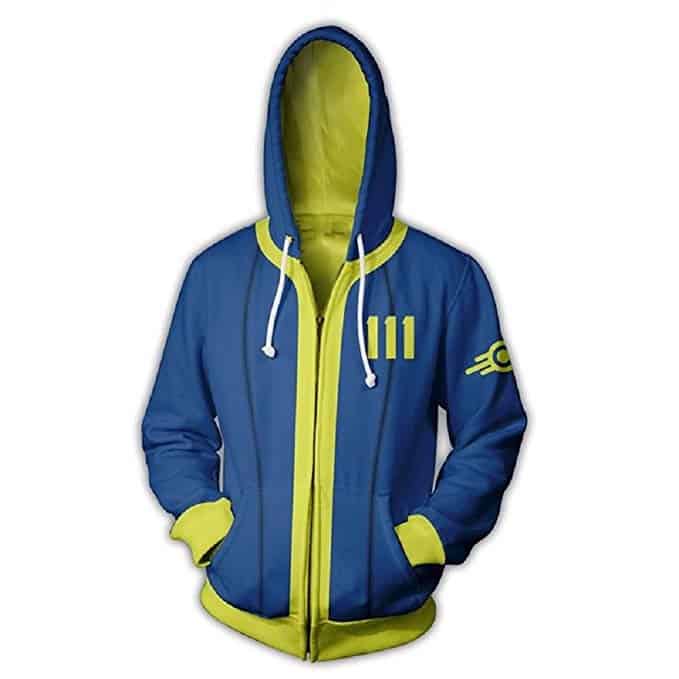 Fallout 4 is easily one of the best games of 2015, and now you can represent Vault 111 as the Sole Survivor with this stylish Fallout hoodie. This unisex sweatshirt features the vibrant blue found on the vault suits, as well as the number and yellow trim that represents the iconic wear required by the Overseer. Personally, I own the Vault 101 hoodie based on the player vault from Fallout 3, and it is made of very high quality materials and is not thin like many sweatshirts are. This particular set on ThinkGeek features a 111 hoodie, a 111 backpack, Vault Boy Lunchbox, Fallout 4 flag, Nuka Cola shot glass, an Intelligence bobblehead, and a keychain, making it a great value for any Wastelander! 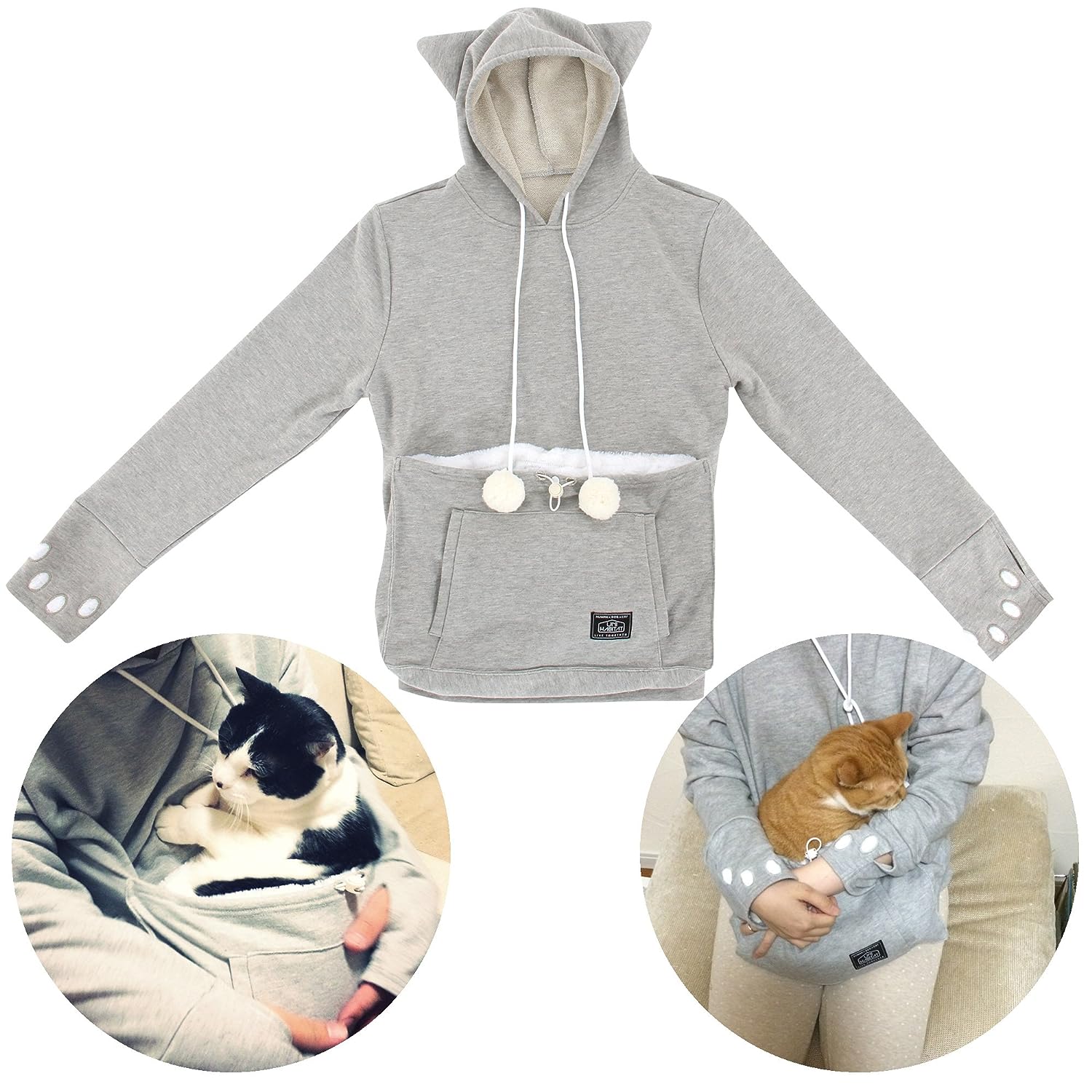 Cat hoodies are undeniably cute, especially when the hoods have mini cat ears on them. However, what about a hoodie that can literally hold a cat in the pouch? This kangaroo-like sweatshirt features a cat like design, as well as a special pouch in the middle to hold a real kitty (or small animal). For feline-lovers who love to cuddle up with their favorite pets, this hoodie is perfect. Imagine how comfortable and warm it would be, especially in the coming winter months. 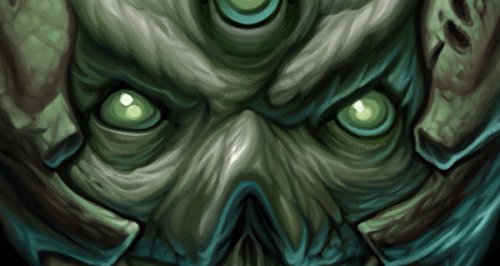 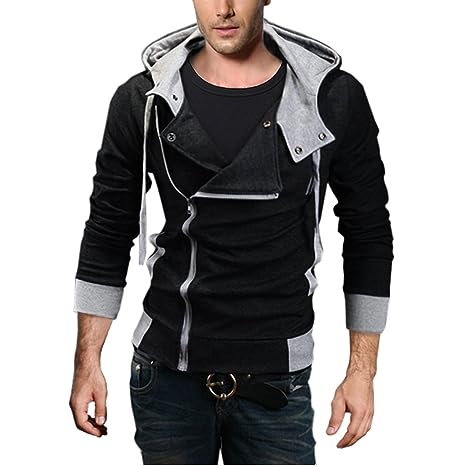 There is one thing about Assassin’s Creed that stays true no matter what the installment is, the characters look so amazing in their robes, coats, and outfits. Although this hoodie is not a cosplay or officially like a specific character’s attire, the design is heavily inspired by the popular game series. The sweatshirt looks very flattering and stylish, making it a great choice for anyone who wants to look cool or wear something inspired by Ezio and the assassins in the story. The large hood makes for an added bonus, adding to the “assassin” feel. 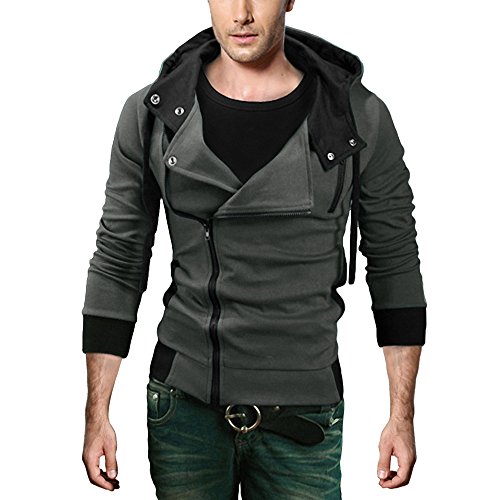 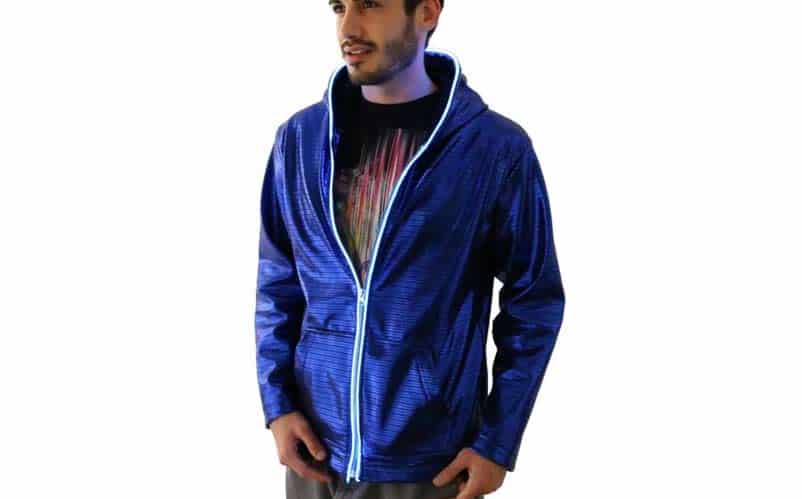 Whenever you go to a rave, a nightclub, or an electronic music festival, there is bound to be a multitude of black lights, neon colors, glow in the dark effects, and light shows. Many people who attend these events also have some accessories that make them stand out in the crowd. If you have some extra cash and want to look absolutely awesome, this Light Up Electro Hoodie is perfect for any dance or rave. 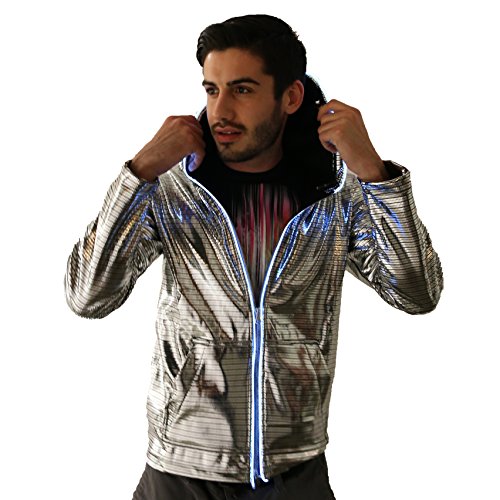 Light Up Electro Hoodie
Buy it on Amazon

The highly anticipated Legend of Zelda for Wii U as well as Hyrule Warriors: Legends games are coming out this year, making it perfect timing to jump on the Zelda hype train with officially licensed merchandise. This Link hoodie is very unique, especially with the stylized sleeves and color scheme. It almost looks like a costume hoodie, but still is great for casual wear or just hanging out at home. Although it is not pictured, on the back is a print of the iconic shield wielded by Link. This product is a great fit for any Nintendo or Zelda fan going into the new, highly anticipated year. 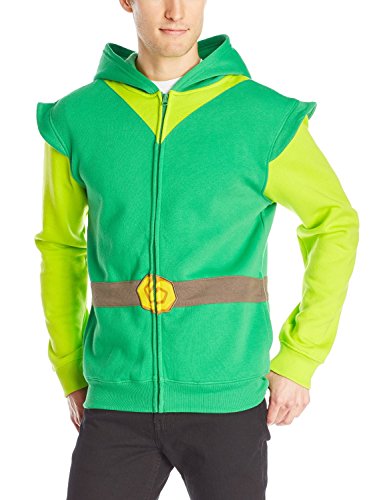 Back in 2013, Attack on Titan took the anime world by storm, causing an increase of interest in anime as a whole. As it premiered, the gory, action show gained thousands upon thousands of fans, generating hype for what would happen in the next episode. One of the most iconic looks from the series is the Recon Corps cloak that complimented the military wear of that particular division. Fans craved merchandise, and this officially licensed hoodie from Ripple Junction was created for Attack on Titan lovers in the West. Sporting the logo from the Recon Corps makes this hoodie worth buying for any new, old, or current fan of the series, especially since season two is finally supposed to premiere this year. 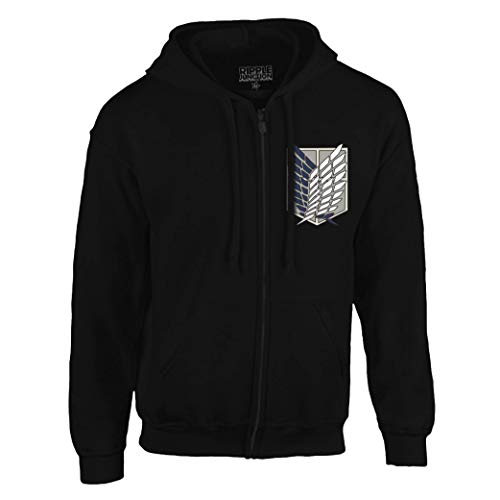 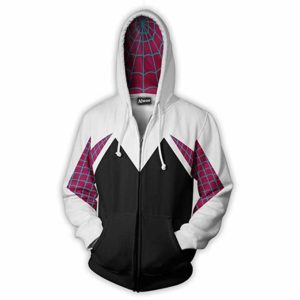 Gwen Stacy, a.k.a. Spider Gwen, is one of the best new superheroes in today’s comic book world, especially with the new comic releases and story arcs. What is really amazing is that Alwoe has made this unisex hoodie and a matching one in kids sizes, so you can coordinate with your little Spider Gwen fans. This hoodie looks exactly like Gwen’s outfit, right down to the web design in the hood, so it’s great for your Spider Gwen cosplay as well! It’s made from 100% spandex so it has more of a tracksuit-like feel — which just means you’ll have the freedom of movement to scale walls if you so choose. 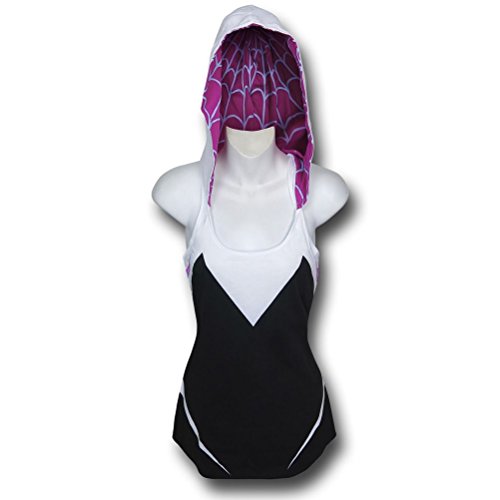 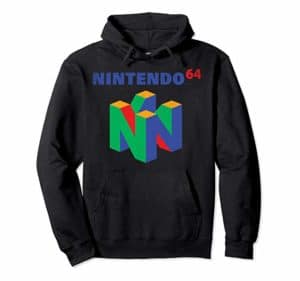 Represent one of the best gaming consoles ever made (I still have my transparent teal one in the basement) with this awesome N64 hoodie featuring the iconic cube logo on the front. The Nintendo 64 had some of the best games of all time — The Legend of Zelda: Ocarina of Time, Super Mario 64, and GoldenEye 007, to name a few — so show it the respect it deserves with this officially-licensed hoodie. It comes in three colors: black (pictured above), dark heathered gray, and light heathered gray. 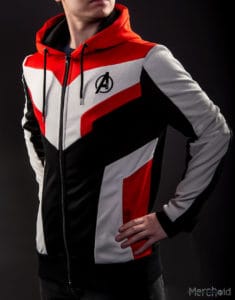 If you’re looking to Avenge the Desolation, do it in style with this officially-licensed Avenger’s Endgame zip-up hoodie from Merchoid, which commemorates the end of Phase 3 of the MCU. The red, black, and white color combo with the black Avengers logo on the chest and sleeve looks super awesome, and the sports-style tech design gives you the range of motion necessary to vanquish your enemies. It’s made from a polyester blend and will keep you as snug as if you were in the Quantum Realm. It’s available for preorder now and is expected to ship in October. You can also find a woman’s version here.