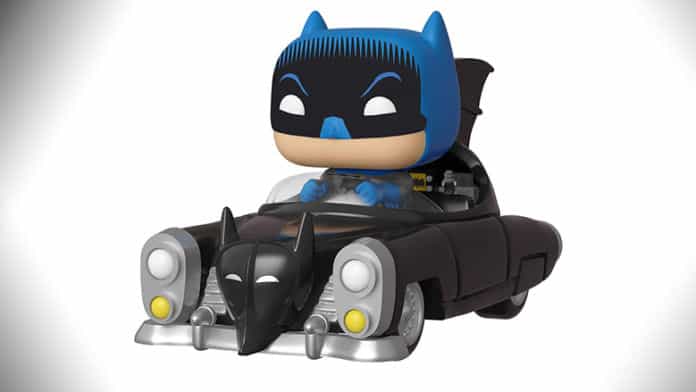 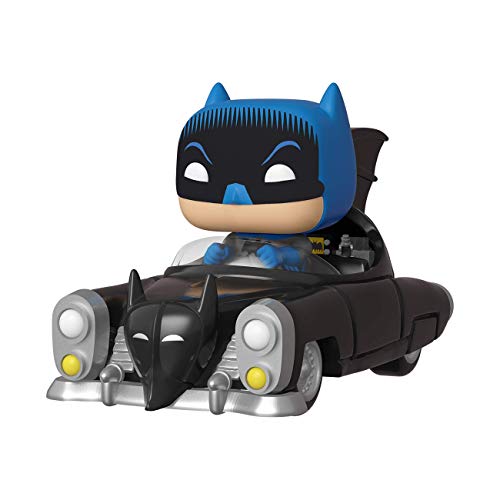 The 1950’s were a simpler time. Cheese sold for forty-five cents per pound and gasoline was around a nice and low twenty-four cents per gallon. And speaking of cheese and gasoline: what better way to commemorate the cheesy yet lovable Golden Age of comic books and the 80th anniversary of the World’s Greatest Detective than with the 1950s Batmobile Funko Pop!

The Batman 80th – 1950s Batmobile Pop! Rides Vinyl Figure by Funko celebrates 80 years of the Dark Knight and one of his iconic rides. This is not the tumbler from Christopher Nolan’s trilogy, nor the tank-jeep hybrid from the Snyder films, but rather a version ripped straight out of the comic books from that decade. Featuring a hand-painted, matte finish and an expertly crafted mold, you will honestly be surprised to find that this Batmobile does not actually drive around on its own.

The car itself features a gray and silver bumper and front-end detailing punctuated by yellow low beams and an eye-catching Bat-head right in the middle. While this era of Batman was a tame one by all accounts, especially in comparison to Scott Snyder’s vision, this Batmobile appears ready to take down any getaway car and plow through every barrier in its way.

Batman himself is of course at the wheel and with his dashing blue coloring, he stands out amongst the darkened streets of Gotham City. His eyebrows are on point and his scowl is tight as he pilots the Batmobile through hordes of traffic. Maybe he is on his way to stop the Joker, or maybe he is late to pick Robin up from getting a new pair of tights fitted. Either way, this figure will make an excellent addition to any desk or bookshelf.

This item is currently available now on Amazon. 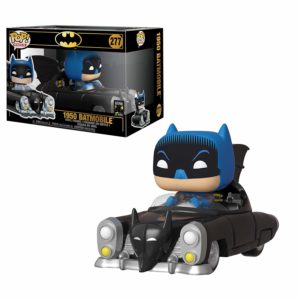