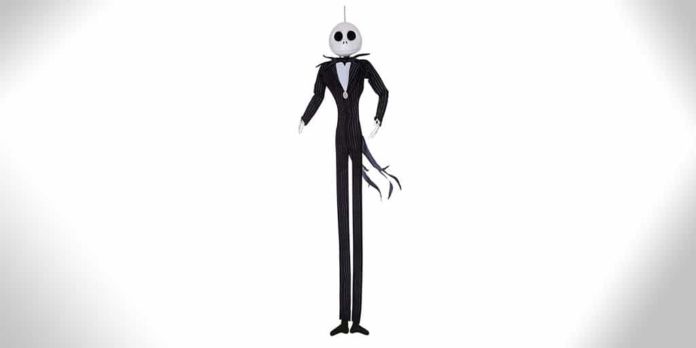 The fanfare behind Tim Burton’s The Nightmare Before Christmas has never been doubted. After all, you’ll frequently hear the film called someone’s favorite animated movie of all-time. Its unique world design and its characters make it an unforgettable movie, and now, you can celebrate your love for the classic with this giant Jack Skellington 6 Foot Tall Statue.

The nicest baddie around stands at 6 feet, and it has poseable arms and a fabric body. He has a loop on the top of his head for him to hang from. Unfortunately, he doesn’t stand on his own, which is admittedly super disappointing. But it’s still a great figure of the Pumpkin King that’ll look great in your living room. Hell, you could even sit him on your couch and he can watch all of the horror movies on TV with you while you hand out candy this year.

The film, which was originally a poem written by Tim Burton 10 years prior, went on to have not only critical success but financial success as well, raking in over $76 million in its initial run, and its numerous reissues added many millions to that gross as well. So, it’s no surprise that Think Geek would pick up some Jack Skellington merch to add to their inventory.

Not only does the statue make a great nerdy Halloween decoration in October, if you slap a Santa hat on him in December, he’ll make a great Christmas decoration as well. He can hang out with you all season long. 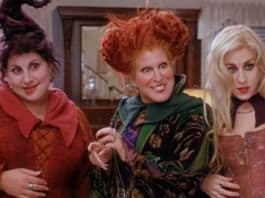 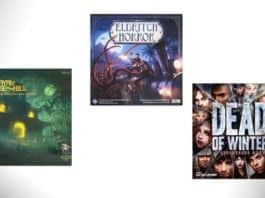 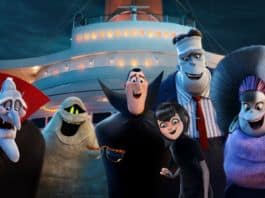 When is Hotel Transylvania on TV & How to Stream (Oct....