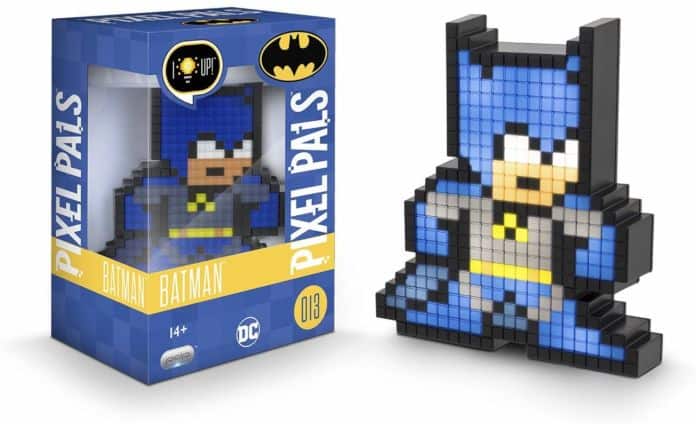 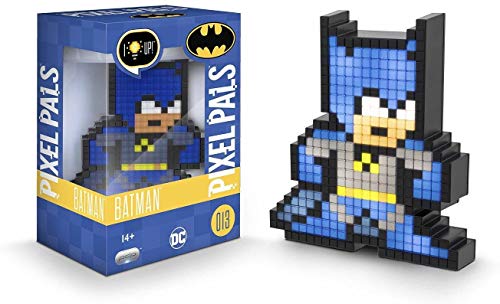 Watch out Mega-Man, there is another pixelated hero clad in blue with a collection of villain-busting gadgets! Most of the Pixel Pals Lights focus on classic game characters, but with the Batman: Pixel Pals Light, the Dark Knight ends up being the light in the dark. This light is also officially licensed by DC, so you know you’re getting the good quality Batman merch you crave.

The Batman: Pixel Pals Light is available through Amazon and Merchoid. So you’ll probably need to act fast before some leather-clad cat burglar snatches up the stock.

The design is very much based on the 1970s Neal Adams era of Batman, clad in blue and grey, but the sprite is very much based on the MegaMan sprite from MegaMan 2. The detailing is fantastic as well, where the design is treated with care down to individual pixels. For example, translating Batman’s chest symbol to six pixels total is a tall order, but the spriters behind the projects absolutely nail it.

The light itself runs off two AAA batteries, so you do not have to have a Bruce Wayne budget in order to light up the darkest corners of Gotham City. The light isn’t as strong as, say, the Batsignal, but it does cast enough to make the pixelated Batman pop in any setting. If you really want to keep the light going for a long period of time, PDP, the company behind the series offers USB adapters for the lights as well. It makes for a nice addition on any Batman shelf, of course, but don’t overlook its value as part of the overall Pixel Pals Light collection. The collection includes everything from classic Nintendo and Capcom characters to other members of the Justice League.

The Batman: Pixel Pals Light is available now for $12.25 on Amazon.