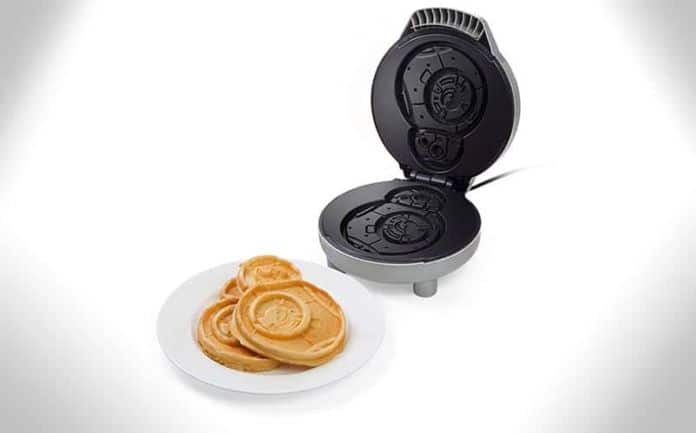 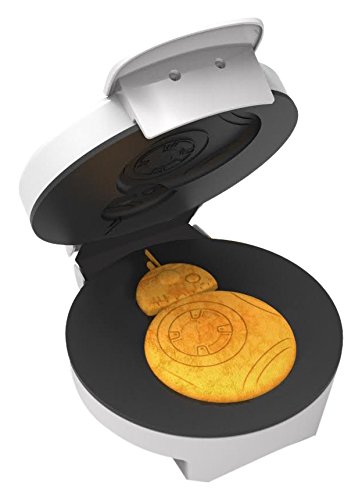 If there are two things I love in this world, it’s Star Wars and breakfast foods; nothing beats a good breakfast while sitting in front of The Empire Strikes Back. Now, thanks to ThinkGeek, we can do that with BB-8 pancakes on our plates — Star Wars plates, of course.

The geek outlet is featuring an official Star Wars BB-8 Waffle Maker that will allow you to make galactic breakfasts fit for the Imperial army. Your morning routine can feature everyone’s new favorite droid that was introduced in The Force Awakens. The BB-8 Waffle Maker makes 5″ x 6 3/4″ waffles. The small machine also has an on/off switch so that you can keep it plugged in. The waffle maker, itself, also has an image of BB-8, as well as the iconic Star Wars logo. While it’s disappointing that the waffle maker isn’t physically designed to actually look like a BB-8 droid, we can appreciate any opportunity to inject a bit of nerdiness into our everyday morning routines.

Stay tuned to Nerd Much for a daily fix of cool nerdy stuff that you shouldn’t buy but will anyway because hey, who needs to actually pay rent?